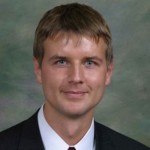 Continued from Part 1 – Migraines From an ER Doctor’s Perspective

In summary, we are a flawed crew in the ER. We are impatient, hurried and often forget what it is like to be a patient. In spite of these things, the wise patient will try to empathize with ER staff. Even though this isn’t your job, it may helpful for you to get fast, effective relief. We get sick (often), we get divorced, our wives have miscarriages, we get sued and yet we have to keep working when life hits us. We definitely want you to feel better, and we are truly sorry when we come up short on the compassion end.

I hope this has been helpful to some. My apologies as I know much of my advice doesn’t apply to many on this forum. These are the observations of a single, simple ER doctor. I would very much welcome comments and thoughts. I will do my best to respond. @kylekingsleyMD

Please also see Migraine and the ER – a Follow-up Interview

Dr. Kyle Kingsley is board certified with the American Board of Emergency Medicine and a member of the American Headache Society. He currently practices emergency medicine in multiple hospitals in the Midwest. His interests include his two young children, health/fitness, triathlons, and Eastern medicine, particularly when it is applied to chronic health issues including chronic headache conditions. Dr. Kingsley studied acupuncture and alternative medicine in Cuba in 2003. He also presented his unpublished study “Acupressure in the Treatment of Benign Headache” at the Society for Academic Emergency Medicine annual meeting in 2005.