The Cefaly, an external nerve stimulator that’s worn like a headband across the forehead, has received FDA approval to be marketed in the U.S. for migraine prevention.1 It is available by prescription only.

Availability & Pricing
You can order a Cefaly online (be sure to go to Cefaly.us as Cefaly.com does not currently ship to the U.S.). You must send in a prescription from you doctor before the device will be sent to you. The device itself costs $295 plus $29 for shipping, a set of three electrodes is $25. PayPal is the only payment form currently accepted; you cannot pay directly with a credit card. The company offers a 60-day money-back guarantee if you are dissatisfied with the device.

What, exactly, is the Cefaly?
The Cefaly is a small, battery operated device that stimulates branches of the trigeminal nerve by delivering an electric current to the skin and tissue of your forehead. If you’re familiar with TENS units, you have a pretty good idea of what the Cefaly is. The difference is specially shaped electrodes and preset programming. It also looks like it's straight out of Star Trek.

How does it work?
How the device works it not well understood, although it is guided by the same principles as any nerve stimulation treatment for migraine. The trigeminal nerve plays a significant role in migraine pain. Stimulating it is thought to change migraine- or pain-related brain activity in a way that increases the migraine threshold.2

How do you use it?
The Cefaly slots into place on a self-adhesive electrode that you apply above your eyebrows. Then you press the button and let it run for 20 minutes. According to the FDA, it is to be used for no more than 20 minutes a day. 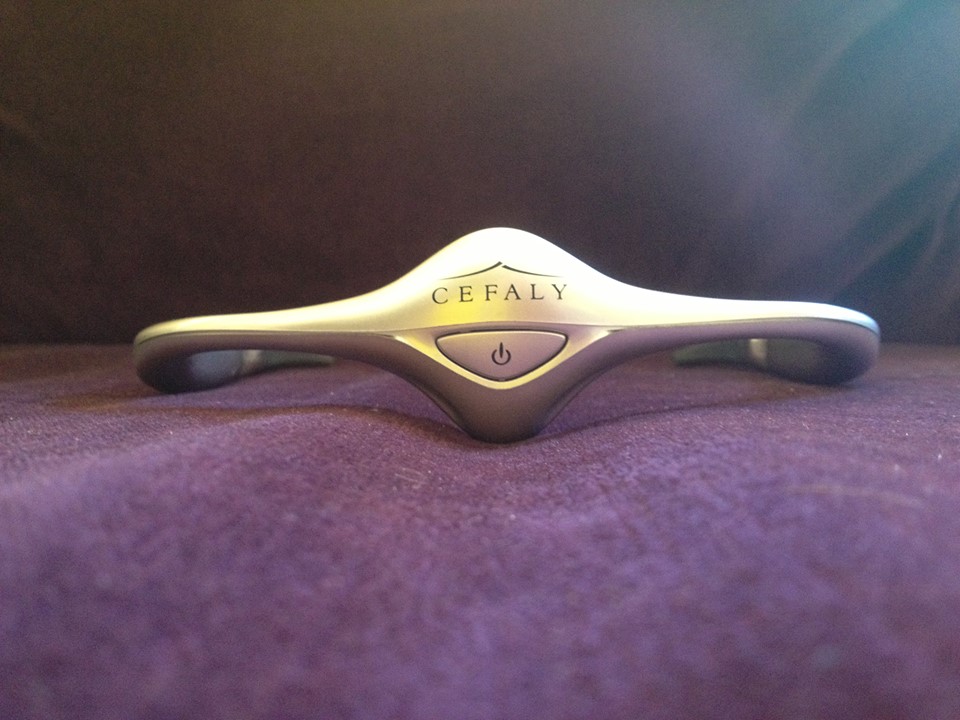 What does it feel like?
The official press release describes the sensation as a tingling or massaging sensation. That sounds pleasant, but I've talked with a half dozen migraineurs who have found the sensation to be so painful that they couldn't use the device. They all had chronic migraine, so they could have a greater degree of allodynia than the average user. I used the Cefaly daily for six months and mostly found the sensation to be tolerably uncomfortable, but five or six times it was so painful that I actually yelped and had to turn it off.

What are the side effects?
One study reported no side effects. In the other, the most common reported side effects were an intolerance to the sensation in the forehead, sleepiness while the device is on and headache after the treatment session is over. Fewer than 5% of study participants reported any side effects.

What’s the research?
The FDA based its approval on two different studies, one was a small clinical study and the other was a patient satisfaction study of people who rented the device online.

The patient satisfaction study included 2,313 participants who rented the device for at least a 40-day trial period. After an average testing period of 58 days, 55.4% said they were satisfied with the treatment and were willing to purchase it. The remaining 46.6% were not satisfied and returned the device. 4.3% of all participants reported side effects.4

What’s the bottom line?
The Cefaly is probably worth a try if it’s in your budget. The research is early and only covers a short treatment time, but the findings are promising and potential side effects are low.

Your Best Tips for Migraine Management

38 comments
This article represents the opinions, thoughts, and experiences of the author; none of this content has been paid for by any advertiser. The Migraine.com team does not recommend or endorse any products or treatments discussed herein. Learn more about how we maintain editorial integrity here.