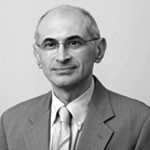 Over the years I have seen many patients whose headaches improved on a gluten-free diet. Most of these patients tested negative for gluten allergy, or celiac disease (CD). Until now, it was difficult to explain why eliminating gluten would help not only headaches, but many other symptoms, such as bloating, diarrhea, and fatigue.

A study just published in BMC Medicine by a group of American and Italian researchers appears to have found the answer. Researchers from Maryland and Naples compared a group of healthy subjects with patients who had proven celiac disease and patients whose symptoms suggested celiac disease but whose tests for celiac disease were negative. They called the latter group gluten-sensitive (GS). Gluten-sensitive patients improved when they were on gluten-free diet and worsened when gluten was introduced into their diets. Celiac disease is usually diagnosed by a blood test for antibodies to gluten and by intestinal biopsy. The gluten-sensitive patients had normal biopsies and no antibodies to gluten, but their blood did show signs of an immune reaction of a different type.


This study still needs to be repeated by other researchers, but if these findings are confirmed they will explain why gluten can cause a variety of symptoms, including headaches. The bottom line is that if you have headaches and gastrointestinal symptoms, such as bloating, diarrhea, constipation, as well as fatigue and mental “fog”, it may be worth trying a gluten-free diet. Gluten-free diet is not an easy undertaking since many products (including beverages) besides bread and pasta contain gluten. You can find a detailed list of foods containing gluten on the Celiac Disease Foundation website and on the Mayo clinic website.