Guest Post: Migraine, PFO and the Pursuit of Answers 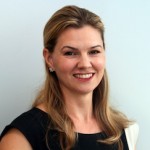 As desperate migraine patients hunt for answers and options, some might discover they have a common hole-in-the-heart condition known as patent foramen ovale (PFO).  A PFO is a small opening in the wall of the heart that separates the two upper chambers or atria. For those who want to get more technical, the atria consists of two overlapping layers of tissues, the septum primum and septum secundum. When the two layers fail to normally fuse together shortly after birth, the flap opening is called a PFO, which is a Latin derived medical term – Patent (to lie open) Foramen (window) Ovale (oval in shape). Before birth everyone has a PFO that allows blood to bypass the baby’s lungs because the mother, via the placenta, provides oxygen to the baby’s blood.

PFO is found in approximately 20-25% of the adult population, and most people are asymptomatic and lack any associated clinical syndromes.  But for the unlucky few, this flap-like valve can potentially allow blood and substances floating in the blood to go directly from the right side to left side chambers of the heart without passing through the lungs, which is referred to as shunting.  Substances that have been postulated to cross through the PFO and cause problems include small blood clots or emboli and potentially vasoactive chemicals that may trigger migraine through the mechanism of cortical spreading depression.  Clots that are believed to have passed through the PFO from a source in the venous system to arterial circulation, known as paradoxical emboli, have been associated with cryptogenic strokes (strokes of unknown origin).  There is also evidence in support of PFO being a source of low blood oxygen and decompression illness in scuba divers.

PFO is routinely diagnosed by a transthoracic echocardiogram (TTE) with bubble study where a gel is placed on the chest and cardiac structures are visualized through ultrasound.  Bubbles are injected through an IV and can be seen crossing through the atrial septum if a defect exists.  Defects in the atrial wall can better be visualized through a transesophageal echocardiogram (TEE), where an ultrasound transducer is passed through the esophagus and placed near the back of the heart.  This procedure is more invasive and requires the patient to receive conscious sedation.  Additionally, there is a neurologic test known as transcranial Doppler (TCD) with bubbly study where bubbles injected through an IV can be detected as they travel through the blood vessels to the brain after bypassing the filtration process in the lungs, which could indicate cardiac shunting.  Although TCD can detect bubbles in the circulation it cannot confirm their source so further testing will be required to confirm a diagnosis of PFO.  However, TCD has a very sensitive detection level and grading scale of bubbles that quantify shunting on a scale of 0 – 5 with 5 being a solid curtain of bubbles passing through the circulation after injection of the contrast material, indicating a large active shunt.

Read more for additional information on PFO and Migraine…

Ms. Patrick-Lake supports efforts to actively engage patient advocacy organizations and other stakeholders in Clinical Trials Transformation Initiative efforts to improve clinical trials. She also implements strategies to enhance awareness of CTTI’s work, particularly with patient advocates, and to extend the impact of CTTI results and recommendations. During the past 15 years, Ms. Patrick-Lake has founded and led several non-profit organizations including the PFO Research Foundation, which she started in response to the lack of definitive scientific information regarding the condition of patent foramen ovale (PFO). Ms. Patrick-Lake has served as a patient representative at the FDA on a variety of advisory committees and panels, in workgroups for EMA and NIH/NINDS, as a guest lecturer and an external reviewer for IOM, and as a key stakeholder for AHRQ and PCORI grants. She is a member of the ACC Foundation Patient-centered Care (PC3) Shared Decision Making Workgroup, the DIA Patient Fellowship Selection Committee, the TVT Registry Stakeholder Advisory Committee, and is a board member for the Alliance for Headache Disorders Advocacy. She is a frequent guest lecturer on patient issues and clinical trials, both nationally and internationally.