Is it stigmatizing to have migraine? 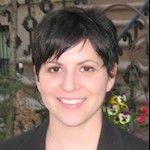 Is it stigmatizing to have migraine? I’m guessing that a lot of you would say yes. But, despite the huge amount of attention to the stigma of having other diseases, there’s remarkably little research of this issue in migraine.

As a result, we have no idea how stigmatizing it is to have migraine or the conditions under which stigma “sticks” to migraine conditions.

Drs. Jung Park, William Young and I are the midst of a study that will begin to answer some of these questions. So far, our findings suggest that patients with chronic migraine feel more stigmatized than patients with other neurological diseases, like stroke, epilepsy, multiple sclerosis, Alzheimer’s disease, ALS and Parkinson’s disease. That’s pretty remarkable, given how serious and misunderstood those diseases are. We also found that stigma increases alongside the severity of symptoms — so the more severe and frequent your migraine, the more likely you are to feel stigmatized.

For some of you, this isn’t exactly news. Migraine is an invisible condition, one that remains closely associated with neurotic women. It’s not fatal (although it may raise the risk of having other fatal conditions), yet it can be completely disabling. People often don’t understand how difficult it can be to live with chronic migraine.
So what do social scientists mean when we talk about ‘stigma’? And how do we measure it?

Social scientists understand stigma to be a discrediting mark that affects a person’s social identity. Stigma comes in many forms and varies depending on a number of factors, like concealability (is the condition highly visible, like a disfiguring scar? Or invisible, like a migraine?); origin (can the person be held responsible for their condition?), and contagion (can the condition be spread, like a virus?).

We used a measure called the ‘Stigma Scale for Chronic Illness’ that assesses both enacted and felt stigma. We asked people with both episodic and chronic migraine a whether they agree or disagree to a number of statements like: “I tended to blame myself for my problems”; “I felt embarrassed about my illness”; and “Some people acted as though it was my fault I have this illness.”

We’re still collecting data and analyzing results. In the meantime, it would be great to know what your experiences have been. Is migraine something that you feel ashamed about and, if so, why and under what circumstances? Have you faced discrimination or lost friends because of having migraine? Have these experiences gotten worse as your own condition has gotten worse? How do you think that the stigma of migraine compares to other diseases and conditions? Do tell!