Migraine and Risk of Stroke 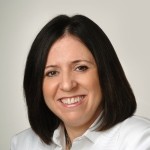 Migraine has long been regarded as a risk factor for stroke. There is growing evidence that certain people with migraines might have disorders of their vascular system including an increased tendency toward forming blood clots, which may be a cause of increased stroke risk. Earlier this year, The American Journal of Medicine published results from researchers who further explored the relationship between stroke and migraine by reviewing the combined results of 21 earlier studies to help determine the strength of this connection. The authors reviewed studies which took place between 1975 and 2007 and whose combined enrollment totaled over 600,000 primarily middle aged adults in developed countries. This type of review, called a meta-analysis, is the largest conducted to date to help understand the relationship between migraine and stroke.

While the overall risk of stroke remains low, researchers concluded that people with migraines appear to double their risk of ischemic stroke — a stroke caused by a blood clot. The risk of stroke appeared strongest in studies of women. The authors were not sure if this was a true increased risk for women based purely on gender or if there were other potential reasons such as use of hormones or oral contraceptives. Even though the association of migraine and stroke is strongly supported, the reason behind this connection was not made clearer by this analysis. Whether or not they share a common cause or some other as yet to be understood disorder remains to be seen.

Stroke is a leading cause of death and disability in the United States. All people are encouraged to evaluate their lifestyle and address any medical conditions that might increase their chances of having a stroke. However, this information provides additional support and a fresh focus on migraine sufferers and their obligation to pay even more attention to evaluate and closely manage any possible stroke risk factors including – smoking, alcohol use, high blood pressure, high cholesterol and diabetes. While the focus on prevention is key, early recognition of stroke symptoms is critical to achieving the best possible outcome if a stroke occurs. For more information on stroke symptoms and how to recognize a stroke visit Know Stroke. Know the Signs. Act in Time.