Migraine and "The Box": Feeling Like a Guinea Pig With an Occipital Nerve Stimulator

I had an occipital nerve stimulator implanted 10 years ago this coming December. Considering that the procedure still hasn't been approved by the FDA, there's no doubt I was an early human guinea pig. 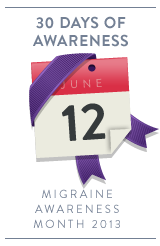 Nerve stimulation for migraine was relatively new in 2003 and promising in the way only something that has so many unknowns can be. Think about how someone you have a crush on appears to be your perfect match. Not having solid information about the person, your mind fills in the gaps with ideal details without knowing the truth. If you ever date that person, you discover whether or not you are compatible. Much the same thing happens with new medical treatments.

In retrospect, I'm surprised that my doctor thought I was a good candidate for the procedure at that time. Although I've had migraine attacks all my life and chronic daily headache since I was 11, I had been diagnosed with chronic migraine less than two years before getting the implant. I had tried medications of various types, but still no more than a dozen different drugs. I'd never had occipital nerve blocks, which some doctors use as a predictor for whether or not an occipital nerve stimulator will work.

I had a trial stimulator for about a week in October 2003 and both my doctors and husband were surprised I thought it was effective. I can't remember what percentage I said I thought it helped, but it was above 50%. I desperately wanted to believe it helped and made excuses for every migraine I had in that week (irritation from surgery, weather, etc.). The benefit the trial stimulator provided was no more than 10%, if even that much. Still, I wanted to believe and my doctors were willing to do the surgery.

The six weeks following the surgery for the permanent implant were filled with some of the worst migraine attacks of my life. My doctors hypothesized that the surgery irritated my nerves and things would settle down in time. Even when the surgery pain and increased migraines subsided, relief never came.

I spent the 2004 hoping the implant had worked. I pushed myself to exercise, work, and socialize more than I had before, equating activity with evidence that the nerve stimulator was helping. I also had the most severe depression I'd ever had. I thought the nerve stimulator was my last hope for a normal life and, despite trying to trick myself, at some level I knew it hadn't worked. I was devastated.

In the spring of 2006, the leads of my stimulator slipped out of place. It was likely my fault -- yoga is one of the activities that I was told could cause the leads to slip, but yoga was my emotional saving grace so I chose to do it anyway. It didn't really matter because I was pretty sure the stimulator wasn't working. I turned it off in April 2006 and had it removed that September.

Having the stimulator removed was a surprisingly difficult decision. Despite not believing it was effective and knowing intellectually it was not my last hope, I didn't want to take away any treatment options. But I also wanted to do yoga without causing any more damage or risking worsening my migraines. Once the stimulator was removed, I had no second thoughts about the removal, only about having it implanted in the first place.

I've since concluded that the nerve stimulator provided me with no relief. None. Fortunately, it didn't cause any long-term damage either.

I share my story knowing that the technology and procedures have changed and improved in the last decade. Take whatever I say with as many grains of salt as you need to. If you're considering a nerve stimulator for yourself, please also keep these factors in mind:

I'm not trying to warn you away from the procedure, but to encourage you to think about all aspects -- good and bad -- about nerve stimulation. There is so much hype surrounding nerve stimulation, which is often hailed as a miracle cure. It is not, nor is it without side effects (though they're called complications because it is a medical device that requires surgery rather than a drug). I made an ill-considered decision out of desperation. I hope that by sharing my
experience, others can make such decisions with more complete, accurate information.

Keep reading Migraine.com for a follow-up post on research findings about nerve stimulation and suggestions for how to decide if it is right for you.

This post is in response to Migraine and Headache Awareness Month Blog Challenge #12, "The Box: You are the experiment: What situation in your migraine/headache disorders treatment has made you feel most like a guinea pig or lab rat?

The Looming Fear of a Migraine Attack