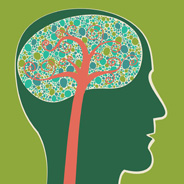 Knowing that brain differences have been observed separately in Migraineurs and in patients living with depression, these researchers wanted to learn more about the brains of people living with both conditions.

Interesting aspects of this research:

Any questions about this research? Please share them in the comments.

39 comments
This article represents the opinions, thoughts, and experiences of the author; none of this content has been paid for by any advertiser. The Migraine.com team does not recommend or endorse any products or treatments discussed herein. Learn more about how we maintain editorial integrity here.