Migraine Symptoms by the Numbers

For those suffering from migraines, the number and variety of symptoms experienced seems endless – well beyond the head pain.  Here are a few numbers we uncovered from the Migraine In America 2015 online survey.  The survey gathered insights from respondents across the U.S. about their symptom and treatment experience.

Of those surveyed started experiencing migraine related symptoms before reaching adulthood.  Of these individuals, 42% felt their childhood was at least moderately impacted by migraines – impacting school attendance (67%) and peer relationships/social life most (48%). 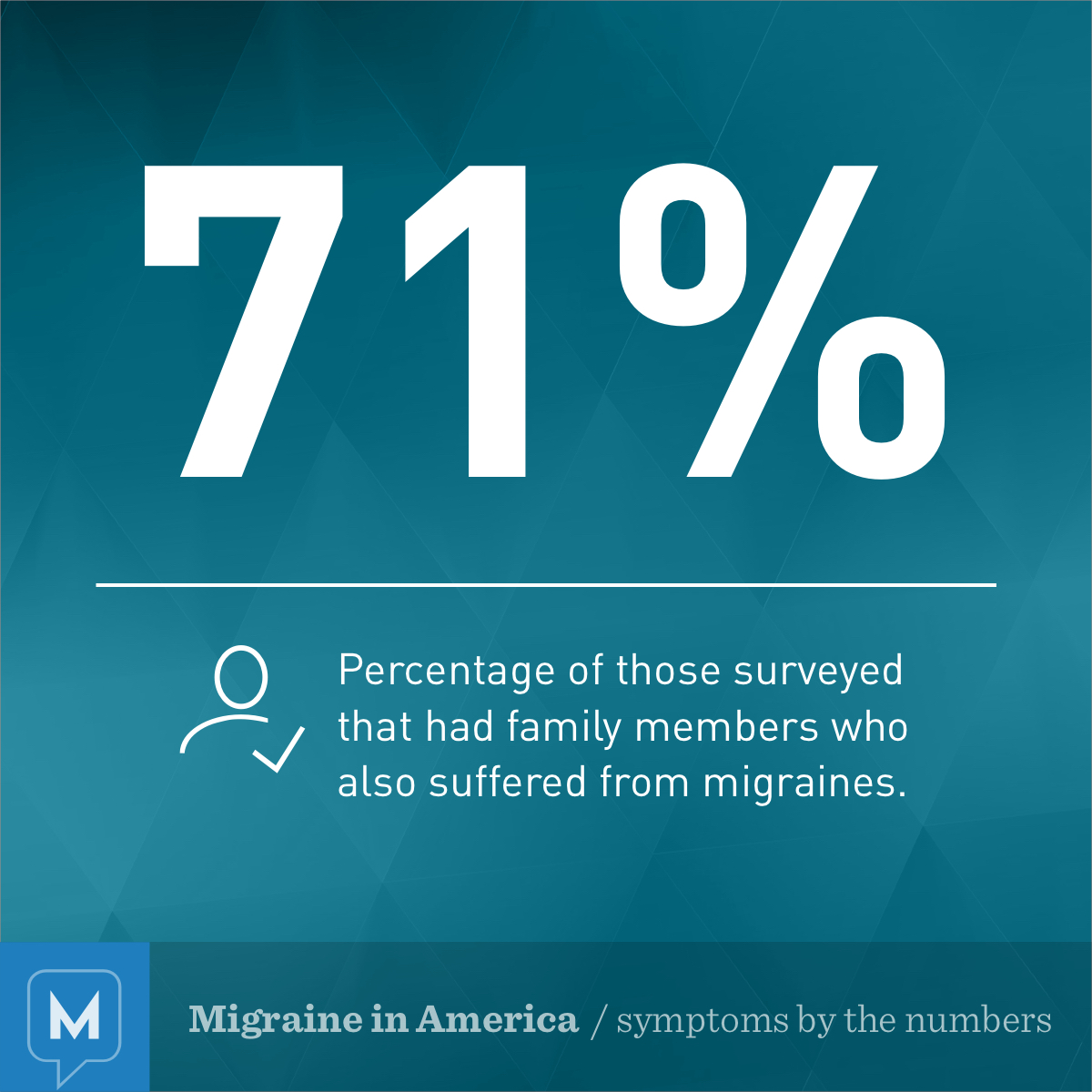 Of those surveyed had family members who also suffered from migraines.

Of those surveyed experience moderate to severe nausea, 43% experience mild nausea and 35% experience vomiting with their migraines.  Nausea symptoms were reported as usually occurring when migraine pain starts (36%) or after the start of migraine pain (42%). 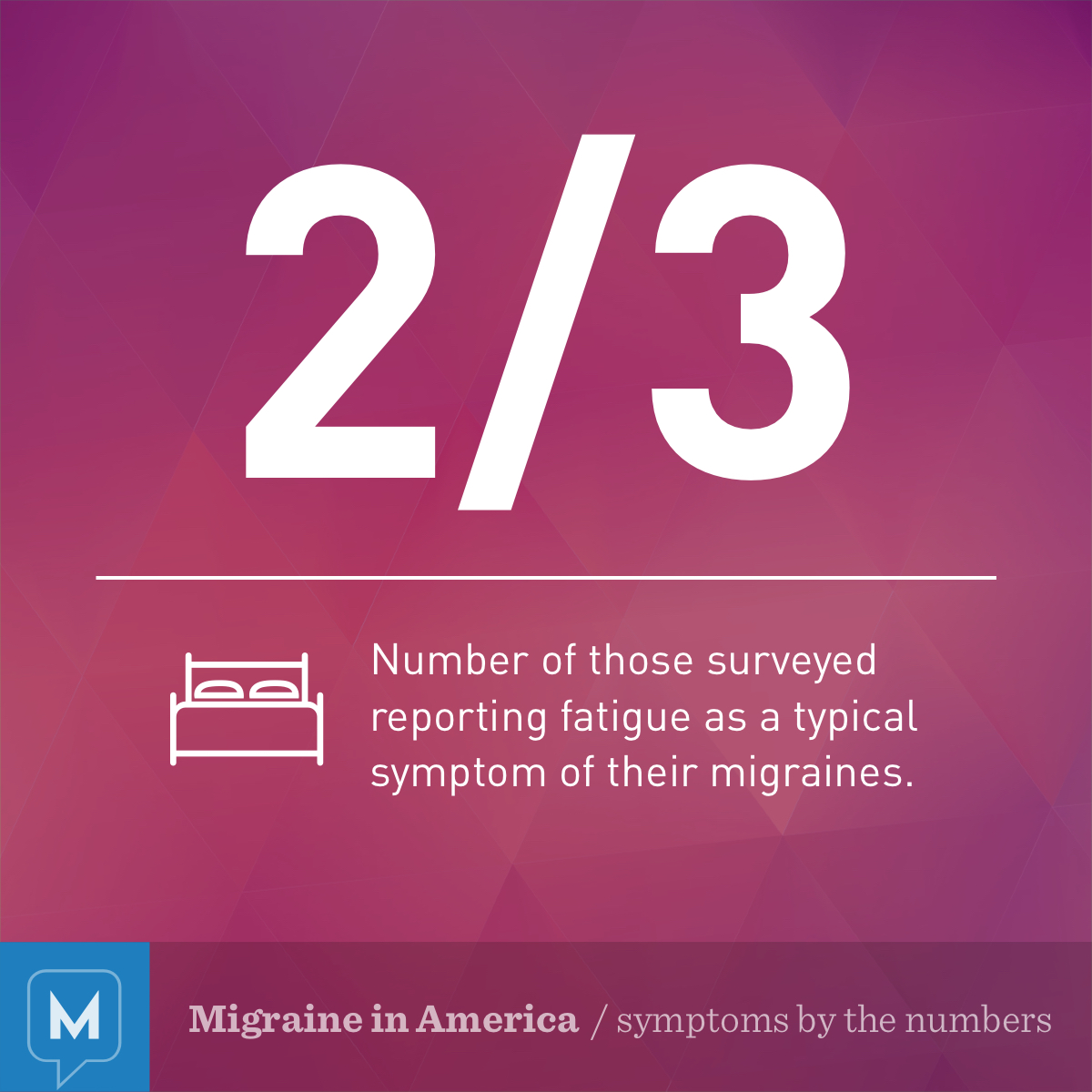 Of those surveyed reported fatigue as a typical symptom of their migraines.  Prior to diagnosis a little more than a 1/3 of individuals experienced it as a symptom (36%).

Of individuals cited experiencing “odd” symptoms with their migraines such as a metallic taste in their mouths (8%), hot ears (6%), sneezing (5%) or hiccups (2%).

Of those surveyed were chronic migraine sufferers, being impacted by migraine symptoms 15 or more days a month. 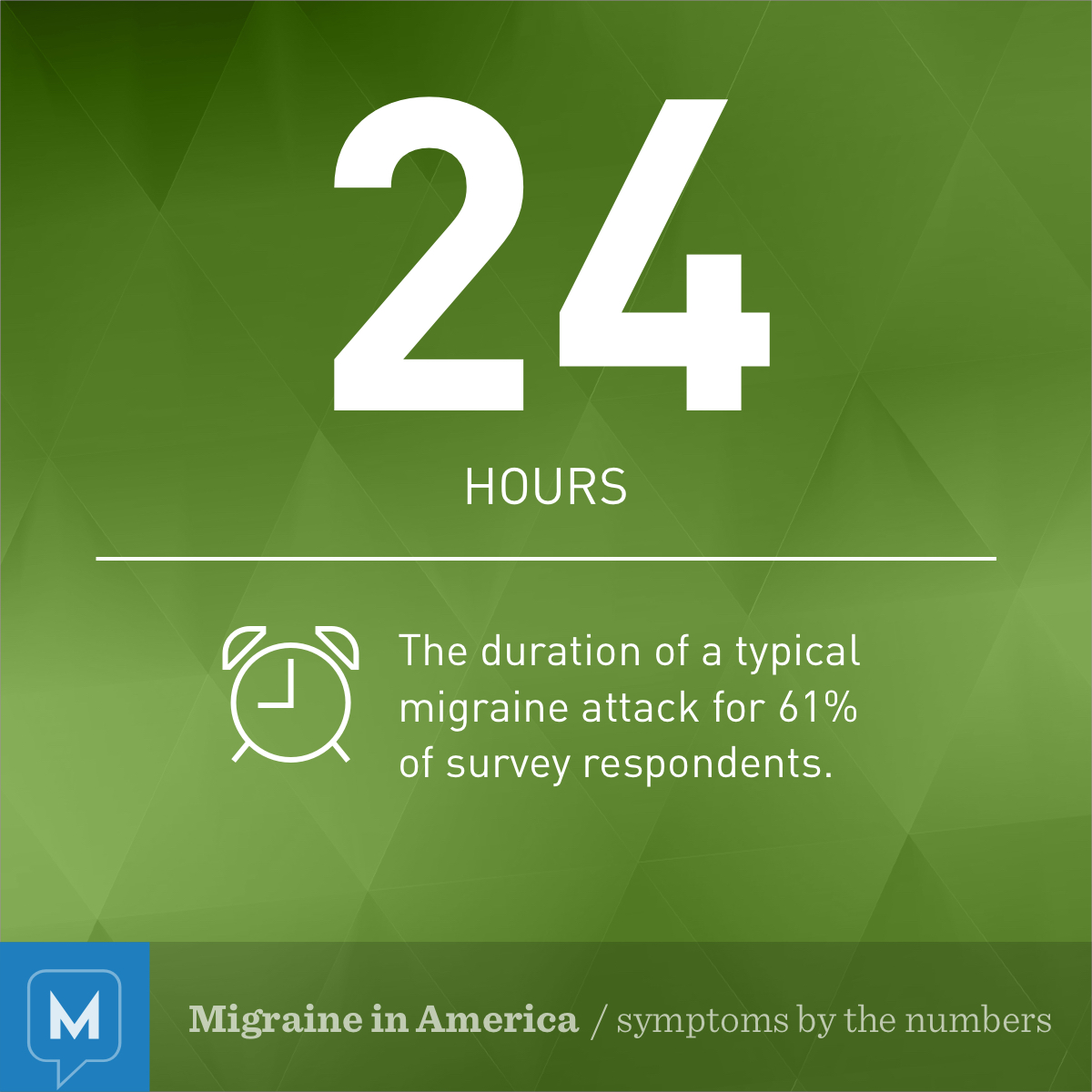 The duration of a typical migraine attack for 61% of survey respondents. 38% of individuals cited that they last more than 48 hours and 54% said their longest migraine attack lasted 5 or more days.

The wide variety of symptoms associated with migraine is part of what makes living with this condition so challenging. Symptoms can vary from one attack to the next, and symptom severity can range from mild to severe and completely disabling. Because the frequency and severity of your migraine symptoms can impact the migraine management plan your doctor recommends, it is always important to keep track of any potential symptoms (even the seemingly strange ones!) Stay tuned for more results from the 2015 Migraine in America Survey