My Experience Caring for Children With Migraine 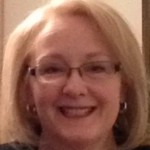 My children, Sarah and Samuel both have episodic Migraines. Luckily for us, when they get an attack, they are usually managed with over-the-counter medication. Even though my “children” are 22 and 17 years-old respectively, they are very different to care for when they have a Migraine attack. As you might imagine, I hate seeing my kids in pain and I wish I had a magic wand to make everything all better.

Sarah has always been an easy child to care for, even when she had a cold or ear infection, which didn’t happen often, she would take her medication like a brave little solider, rest on the couch with her favorite Sesame Street videos and wait to feel better. When she started having Migraines associated with her menstrual cycle, she would simply say her head hurt, quietly took her OTC’s and then lay down to rest – pretty straightforward in the care giving world.

Samuel, on the other hand, is a totally different story. The poor thing seemed to struggle from the day he was born. Immediately after birth he cried all day, every day due to an extended bout of colic. This went on for eight months. He did a lot of head rocking, and needed to be constantly swaddled. He also had an exaggerated startle reflex and was stiff as a board.

Samuel had other quirky things going on, but I just attributed them to the colic. He demanded an alarming about of attention from me and was chronically ill for the first four years of his life. Sam had eye infections, upper respiratory infections, asthma, ear infections, was lactose intolerant (he had to drink a meat based formula for a while), and was generally miserable. He was tested for everything including cystic fibrosis and saw an infectious disease doctor, but thankfully, everything always came back “normal.” Deep in my heart I knew something was off with my beautiful baby boy – but no one wanted to hear about it. One frustrated pediatrician finally looked at me and mentioned his nervous system may not be fully developed and that could be causing his “issues.”

As Sam developed he didn’t seem to outgrow these issues, and many days were spent trying to keep him calm, make him feel better, and tending to his needs – sometimes at the expense of his big sister. There was nothing spontaneous about our lives; Sam’s schedule was all important, rigid in fact. If we deviated from the schedule, things would go from bad to worse very quickly. This required providing around the clock care and it was absolutely exhausting.

No one wanted to hear that something was not quite right with him, so I took things into my own hands and dove online looking for answers. It soon became apparent that he had many symptoms relating to sensory integration problems. I immediately had him evaluated by an occupational therapist just before he turned two years-old and was completely validated when he was diagnosed with sensory integration issues. The relief I felt was huge, but now what? Sam and I began his treatment immediately as time is of the essence when dealing with these types of conditions. We joined an early intervention group that would help him learn how to play in a group; a small trampoline was set up at home to help with his spatial awareness and high energy level. A brushing and joint manipulation routine was implemented to help with his tactile problems, and he still sleeps with between nine and 12 blankets each night because the weight “feels good.”

So what does this have to do with Sam and Migraines? Sam has required so much loving care for so long, that when he has a Migraine attack, it seems like second nature to continue the care. I get the bowl in case he vomits, he tries to take his OTC’s at the first sign of an attack, and the cold washcloths go on his forehead and neck. Then we wait – usually together- until he is feeling better. Being a teenager makes him think he is invincible, until he gets that Migraine. Despite these challenges, being a mom and caring for my children, when happy, sad, ill or content, has been the greatest gift I’ve ever received.

Do you have children with Migraine? If so, what advice would you share for other parents or caregivers?