My Road to Workplace Accommodations 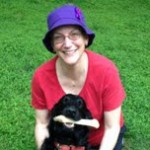 Do you have accommodations at your place of work? How easy or difficult was it for you to get them? I am very happy with the accommodations I have now, but I had some bumps along my journey.

I had Migraines for over three decades before I was officially diagnosed with them. I never looked into my previously diagnosed ‘just headaches’ until there was an incident at work where I found myself in the boss’ office for my first time ever. That was enough to get me to really look into my headaches and find answers to many questions I didn’t even know I had. Although I was still very new to the world of Migraines, it didn’t take long before I identified lights as a huge trigger for me and something that helped instigate my first disciplinary action at work.

After cramming as much research as I could in a short amount of time (I couldn’t afford another work episode), I found out that Migraines were an ADA disability and I could get reasonable workplace accommodations if certain criterions were met. I hoped to have as normal of a workplace life as possible.

There was a long road ahead of me with some obstacles that had to be overcome. I worked in the middle of an open floor full of cubicles. My cube had higher walls which did help a little bit, but not enough to keep me from being triggered by the lighting. My biggest hurdle was in the form of an old time maintenance supervisor who didn’t like anything out of the ordinary and fought many changes along the way.


We started off by disabling some of the many fluorescent lights around my desk. This gave me some needed relief, but Mr Maintenance didn’t like this change at all. He would eventually turn them back on and say the light inspectors will come in with their light meters which will show it was darker than code would allow. He said he didn’t want to risk having the company written up for light code violations.

This back and forth along with more ADA research went on for a while until he came up with the ‘bright’ idea of turning the reflective shields under the fluorescent lights inside out so that it wouldn’t reflect as much light. It helped a little, but not as much as I needed. It was kept this way for a few weeks until one day I came in and all of the reflective shields were flipped back. Mr Maintenance would only say that he had to change it back because of code and would not elaborate any more than that.

Terrified that I would do something again to get in trouble because of the light inflicted Migraines, I was so grateful for the intervention from my boss. He was able to procure one of the many empty offices for me to use until something more reasonable could be arranged. This alternative gave me complete control of my lighting.

One problem I ran into here was that there was no natural lighting in this office so I couldn’t just turn off the lights. There were two light fixtures in this small office with three full sized tube lights in each fixture. Mr Maintenance wouldn’t do anything with the lights which left me to take things into my own hands. These light fixtures had no covers so the tubes were totally exposed.

I couldn’t turn any one light fixture off, but ended up dismantling one bulb from one fixture and two from the other one. This helped with the brightness, but not the flickering. I would take a lot of ribbing for how I corrected that obstacle, but it helped tremendously. I covered the fixtures myself – with a whole bunch of white paper. This workaround allowed some of the lighting to come through, but I didn’t have that constant tingling in my face from the lights. I got many comments and laughs around the lights, but I didn’t mind because it was much better than anything else I could think of and could take care of myself. Mr Maintenance never said anything about my alterations although I’m sure he didn’t like them.

My next challenge came when we were moving buildings. I had no idea of what to expect with the lighting. This new building was right next to our corporate headquarters and had many of the same rigid building rules corporate had. At this point, it was legit that I had my own office, but I didn’t think paper over the lights was going to make the cut this time. I had new people to work with on accommodations in this building.

They came up with the best contraption I never knew existed. They had fluorescent light sleeves that fit right over the light tubes. They were awesome! You can twist the sleeve around to let different amounts of light pass through while it filtered out some of the flickering. My new office had natural lighting so I could turn the lights off on really bad days. That worked out well until we had to move buildings again!

I was faced with some of the same challenges as before except this time, I was no longer going to have an office and did not have the possibility of acquiring one either. There were absolutely no exceptions to the office eligibility rules plus there were no extra offices. Before we moved, I was able to claim a corner cube which had two real walls. It did not seem ideal, but was better than a cube in the middle of the floor.

I was not going to be near my team and it was going to be in a loud area which was also a huge concern for me. I was told that they would put clouded covers over the lights around my cube and that this worked well for others.

I still count my lucky stars that there were some last minute seating changes made around where my team was sitting. I spoke up and was able to move my desk to be at the end of my team’s aisle. This space was in a much quieter area and naturally a little darker. Luckily, the covers were installed over the first desk and not my final desk. The clouded covering did not offer the same protection as the sleeves I had in my old office.

Somehow or another, the light sleeves from my old office ended up moving with my stuff. I had the new maintenance people install the sleeves and disable a spotlight which was over my cube. This gave me a work area that I could actually function in better than my old office.

It seems like such a long journey from disabled lights which would suddenly be turned back on, to paper covered lights and ultimately to the best cube you could ever hope for in a room full of cubicles. I wouldn’t want to change the workplace accommodations I have today even though I still get some comments from coworkers.

Do you have accommodations at work? What was your journey like to get your accommodation? Did you have a Mr Maintenance obstacle in your voyage? How are your coworkers about your unique space?