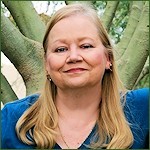 I get quite a few questions about what “natural” remedies work for Migraine. On the Migraine.com Facebook page, there have been some postings that ask about natural remedies and some recommending specific natural remedies.

The questions are good ones, and the postings on Facebook lead to good, productive discussions. 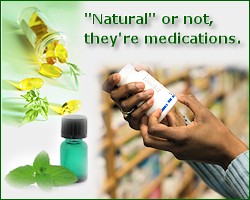 Let’s remember that these “natural” remedies were mankind’s first drugs. They acted as drugs in the body when first used, and they still do. They ARE drugs. They have potential side effects, and contraindications, just as prescription medications do. Let me give you some examples:

These are just a few examples, chosen from those remedies I often see discussed. With this information, it’s easier to see what I mean about natural remedies having potential side effects and contraindications.

Another issue is that some natural remedies and supplements can cause serious problems if too much is taken. For example: One would think that Vitamin A is pretty harmless, right? Too much vitamin A can cause a condition called secondary intracranial hypertension, and that condition can cause permanent vision loss. This is another reason to discuss everything we take with our doctors in advance.

A recent study revealed that some commonly used supplements are associated with a higher risk of mortality (death). Mursu et al. reviewed data from the Iowa Women’s Health Study. They began with 38,722 women in 1986. For the next analysis, beginning in 1997, data from 29,320 women who had filled out a questionnaire about the use of supplements were included. For the third analysis, starting in 2004, 19,124 women were included. The study participants were “older” women, from the age of 55 to the age of 69. Here’s a key section of their findings:

“In agreement with our hypothesis, most of the supplements studied were not associated with a reduced total mortality rate in older women. In contrast, we found that several commonly used dietary vitamin and mineral supplements, including multivitamins, vitamins B6, and folic acid, as well as minerals iron, magnesium, zinc, and copper, were associated with a higher risk of total mortality.”

Please don’t misunderstand. I’m not saying that natural remedies don’t have their place. They do, right beside prescription medications and other therapies. They’re integral parts of my own Migraine treatment regimen. What I AM saying is that we need to approach natural remedies with the same caution and respect as we approach prescription medications. We need to discuss them with our doctors before trying them, and whenever we list our medications, we need to be sure to include all natural remedies. Imagine what might happen if we were to need surgery and neglect to tell our surgeon that we were taking feverfew or willow bark. Either of those could cause bleeding that could seriously complicate surgery.

We need all the tools we can get in our Migraine tool kits. Certainly, natural remedies have a place. Let’s be safe and be as cautious and smart about natural remedies as we are about prescription medications.