Migraine and relationships- having “the talk” with your significant other 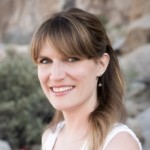 Before I met my partner of eight-plus years, I hadn’t dated anyone seriously in quite awhile.  Sure, there were a couple of boyfriends in college and some borderline-serious situations with one or two fellows in my early twenties, but when I met Jim, I hadn’t used the term “boyfriend” to describe anyone in years.

Something about him was special right away—in spite of myself, my guard was down within hours of our first real conversation, and I had the distinct feeling that this guy was going to be around for a while*.

Chalk it up to Jim’s killer listening skills, or to my having had one too many beers, or to the fact that my intuition told me this one was a keeper:  in any case, I told this new guy about my migraines the night we first met and talked for hours.

It’s been many years since that first talk, but rest assured we’ve discussed migraine (both of us are migraineurs) probably thousands of times since.  I can’t remember the details of our talk that first night, but I do remember feeling totally validated by his response.


Regardless of what compelled me to open up the conversation, I am so thankful I did.  We were at the very beginning of that frenzied, dopamine-infused infatuation stage, and we talked for hours about our lives, our backgrounds, and…our health.

I can’t remember how I phrased it, but I do recall feeling the need to get my diagnosis out in the open.  I had met this guy on a carefree summer night with friends—I was drinking beers and laughing and having a great time, and I felt compelled to tell him that, while I loved this version of myself, there existed a totally different side of Janet that came out pretty often.  The other Janet had frequent migraine attacks and might have to bow out of engagements at the last minute.  This other, migraine-riddled Janet might be snappy one day and totally fatigued the next.  After letting me talk for awhile, Jim responded by telling me some of his own history with migraine.  You know how people talk about a weight being lifted off their shoulders? That’s the exact sensation I experienced.  I didn’t feel the need to hide my diagnosis from him and pretend I was always fun-loving and healthy, and it turned out he knew just where I was coming from.

I’m so grateful to have a partner who is understanding.

For those of you currently in a relationship (or who have ever been in one): what role has migraine played in your story?  Did you talk to your loved one about your diagnosis?  What was that like for you both?

*EDIT: Since this article was originally published, Jim and I have gotten married!