Those Ocular, Optical, and Ophthalmic Migraines

There are several reasons it's important to know which type or types of Migraines we have... 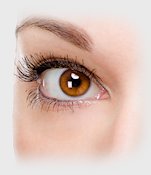 Migraine disease can be confusing, even when everyone is on the same page. It gets even more confusing when people are using different terms in discussing types of Migraine. In any field of medicine, there needs to be standardization in diagnosing. If every doctor used different diagnostic criteria and classifications, there would be total chaos. It would be impossible to communicate with patients, other doctors, researchers, etc. Just think of the mess that would ensue, for example, if people with various forms of cancer were diagnosed merely with "cancer." It's also important that the same terminology be used for the diagnoses and classifications to avoid this chaos. In the field of Migraine disease and headaches, the gold standard for diagnosis and classification is the International Headache Society's International Classification of Headache Disorders, 2nd Edition (ICHD-II).

We receive questions about and see people sometimes discussing "ocular," "optical," and "ophthalmic" Migraines. When it comes to formal diagnoses of types of Migraine, however, there is no diagnosis of optical, ocular, or ophthalmic Migraine under ICHD-II. When someone tells us they have one of those forms of Migraine, then sees a doctor to get an ICHD-II diagnosis, it's most frequently either Migraine with aura, retinal Migraine, or some form of acephalgic / silent Migraine. Here are some examples:

Alice experiences Migraine attacks that include a visual aura, sensory aura in the form of olfactory hallucinations, and a pretty standard headache phase. Her family doctor diagnosed her with ocular Migraines because of the visual aura symptoms. She was later more accurately diagnosed with Migraine with aura.

Barry's Migraines include an aura phase with total but temporary monocular (in one eye) blindness and a fairly typical but short headache phase. Because of the blindness during the aura phase, his ophthalmologist diagnosed him with optical Migraine. He was later more accurately diagnosed with retinal Migraine.

Colleen often has Migraines with multiple visual aura symptoms, nausea, vomiting, and other Migraine symptoms, but no headache. Her original diagnosis was ophthalmic Migraine. When more accurately diagnosed later, her diagnosis was acephalgic Migraine with aura.

If you've been diagnosed with ocular, optical, or ophthalmic Migraines, you may well encounter some confusion when talking with other Migraineurs, seeing doctors other than the doctor who diagnosed your Migraines, or looking for educational material about your Migraines. The above examples aren't meant to be applied to anyone else, but to show how differently terms are used when they're not used with any established criteria. To better educate yourself about Migraine disease, particularly how it affects you, ask your doctor if he's familiar with the International Headache Society's International Classification of Headache Disorders. If he is, he should be able to give you an ICHD-II diagnosis. If not, it would be a good idea to seek a second opinion from a doctor who is familiar with the ICHD-II.

The Evolution of Migraine: Exploring Diagnosis, Treatment Options, and the True Impact

Through the Looking Glass (AIWS & Migraines)

32 comments
This article represents the opinions, thoughts, and experiences of the author; none of this content has been paid for by any advertiser. The Migraine.com team does not recommend or endorse any products or treatments discussed herein. Learn more about how we maintain editorial integrity here.