Migraine in America: Treatments by the Numbers

These numbers will come as no surprise to anyone with migraine who has faced the frustration of feeling like they’ve “tried everything.”

Were used by 50% of respondents for their migraines at some point during their treatment journey.

Completed the online Migraine in America 2014 survey, which gathered about their symptoms and diagnosis journey, as well as their quality of life and treatment experience. 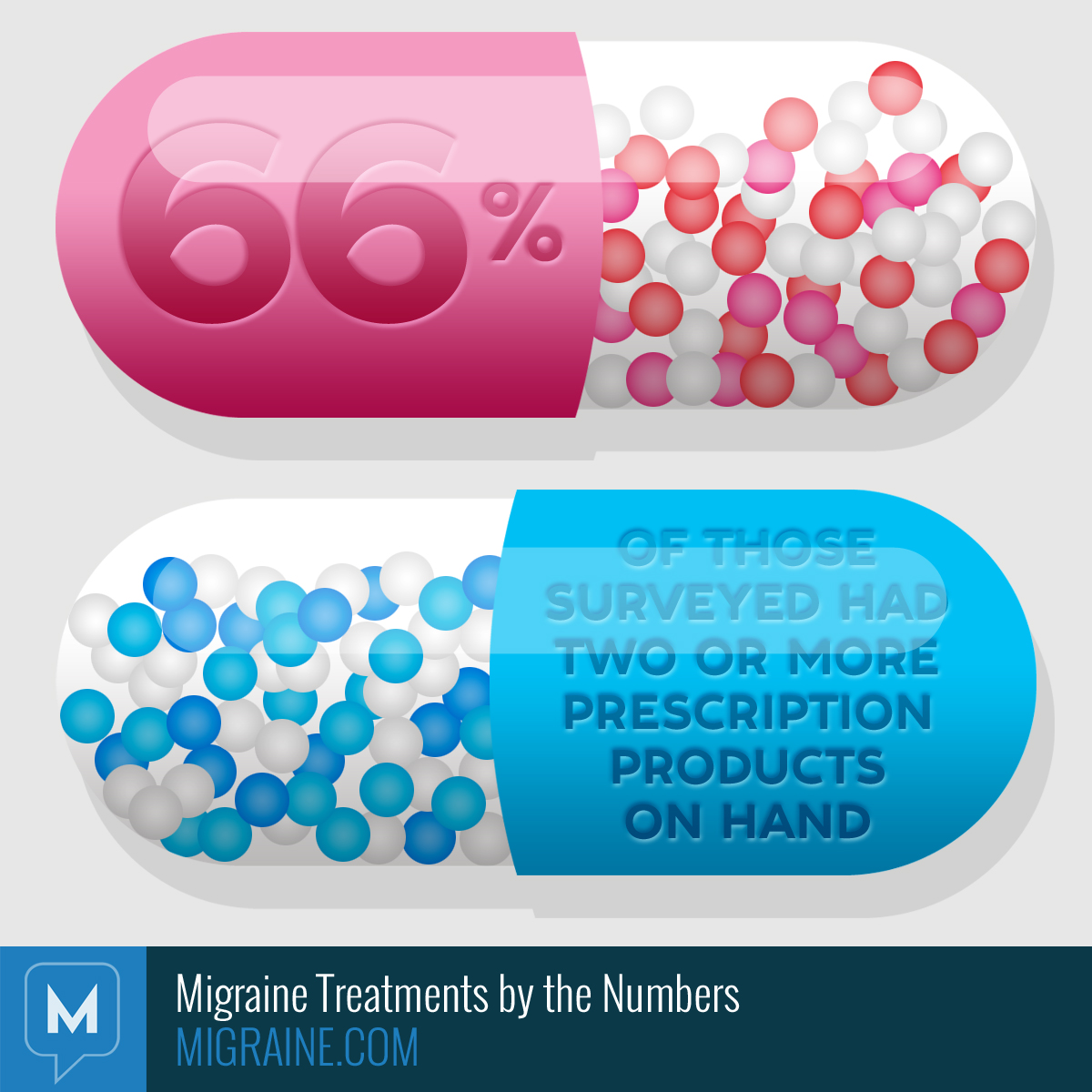 For those diagnosed with chronic migraine, 30% of respondents had 4 or more prescription products on hand.

Use 2 or more prescription products for migraine prevention. 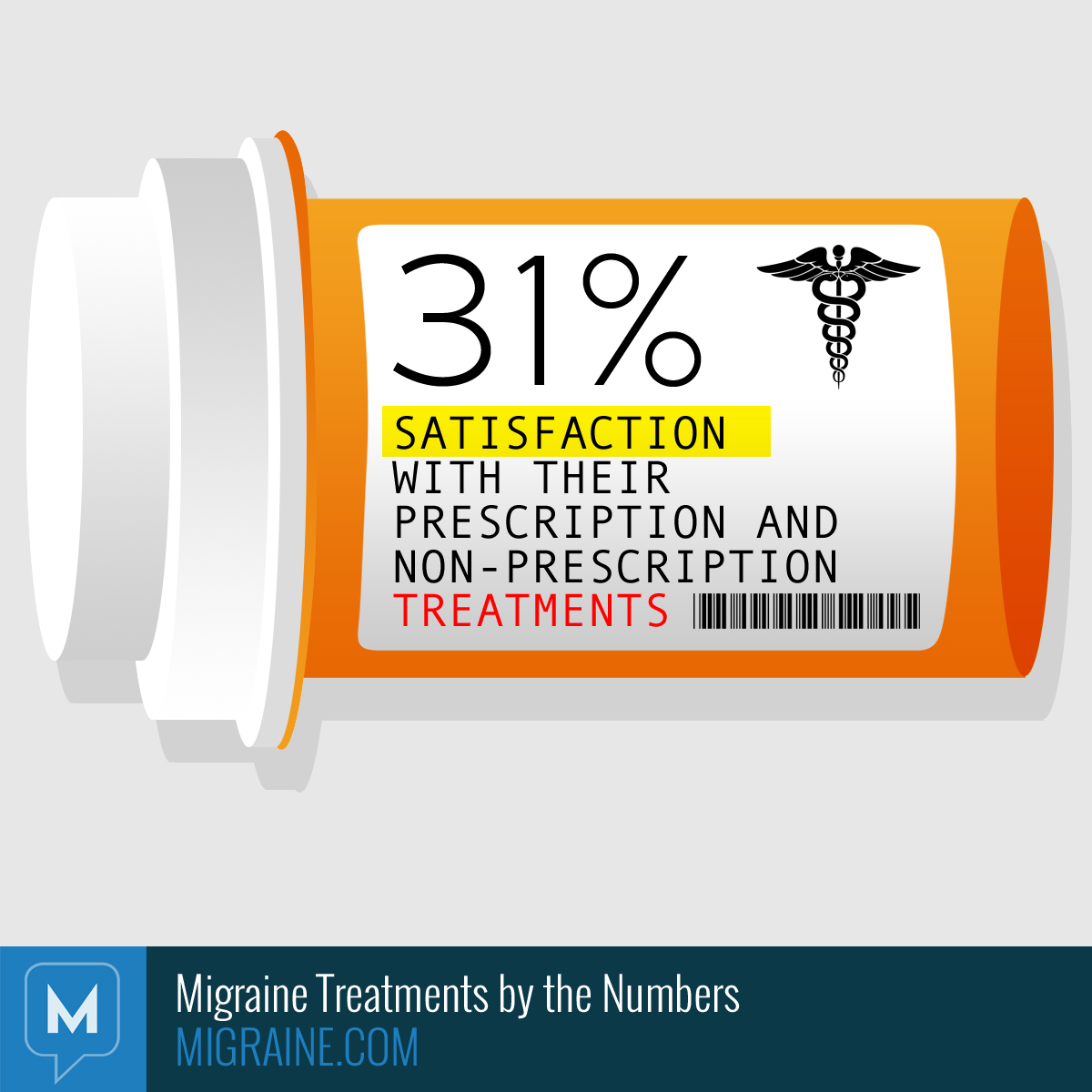 Were satisfied with their prescription and non-prescription treatments, demonstrating that these migraine treatments are not meeting these individuals’ needs or reducing their symptoms.

Have either avoided or stopped using a migraine medicine due to side effects.

Most common side effects cited by individuals include cognitive challenges (47%) and rebound headaches (39%). 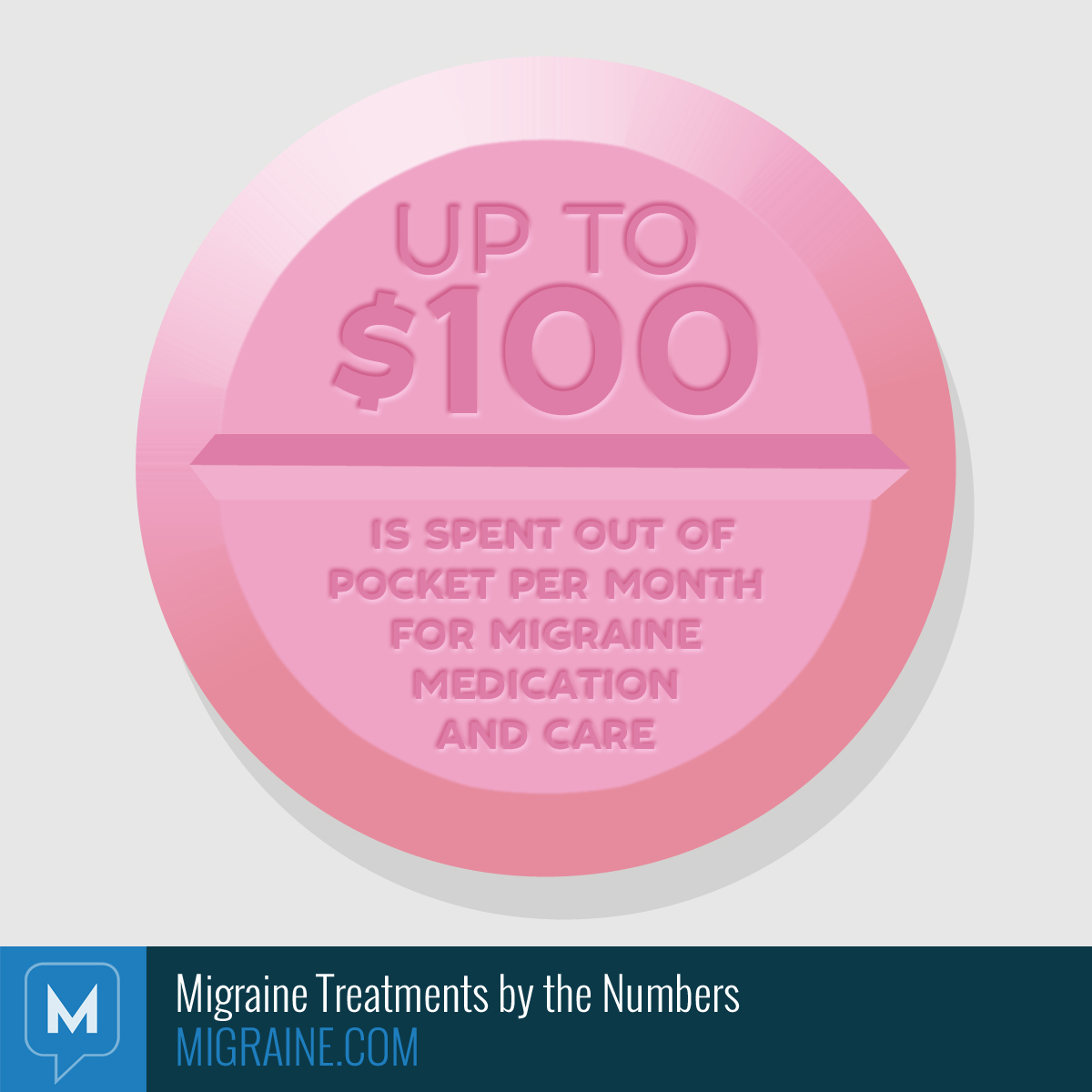 Is spent out of pocket per month for migraine medication and care by more than half of individuals.

Have avoided medication due to cost.

Have withheld from taking their medication at some point, in order to spare or save it for another time; this is often due to treatment cost or prescription insurance limitations.

Non-prescription therapies were tried by 99% of individuals (on average) to treat their migraines at some point. The most commonly tried therapies include a dark room (92%) and hot/cold therapy (79%). 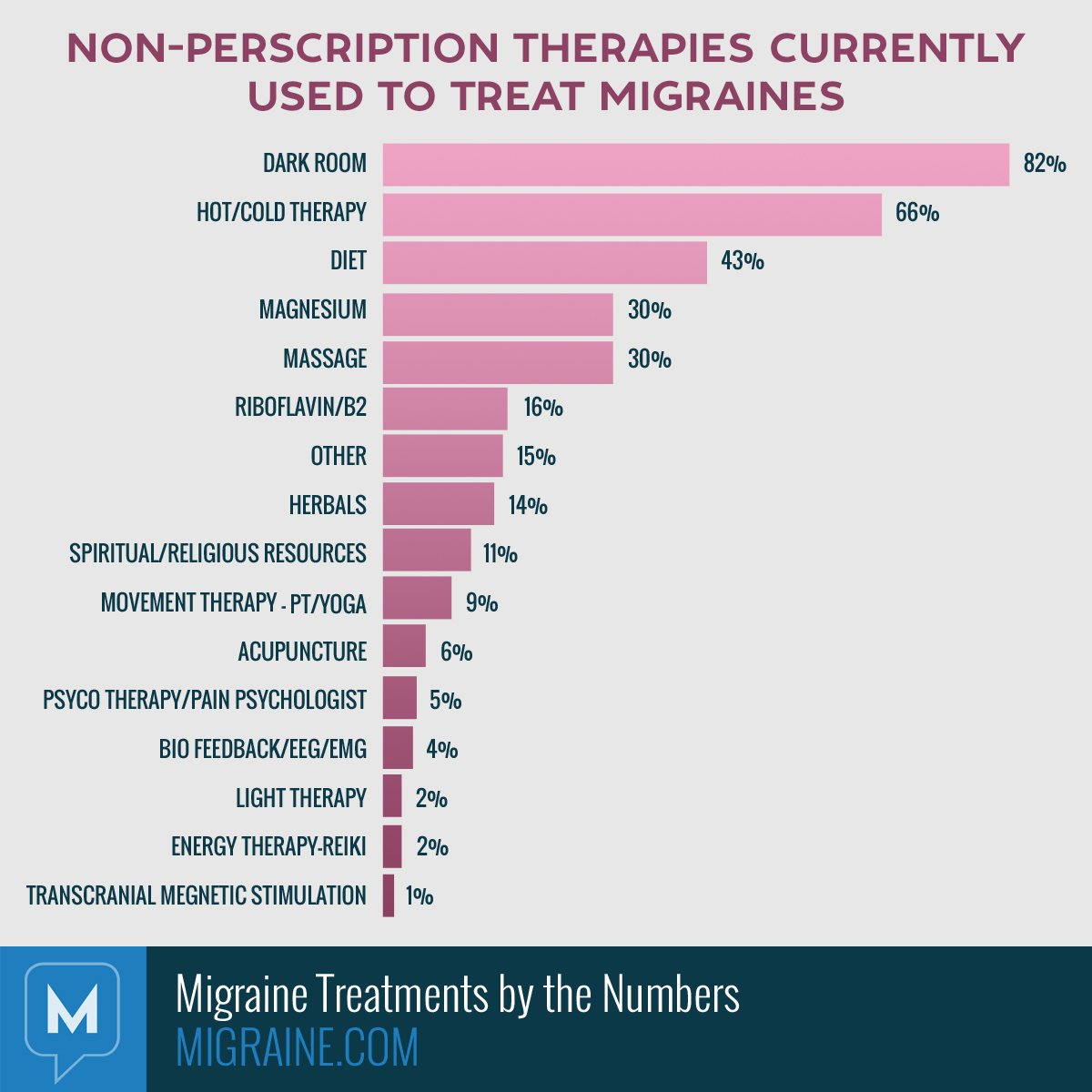 Have used a drug not prescribed to them, 8% have used an illicit drug and 14% have used marijuana.

It’s clear that the available migraine medications and treatments still leave much to be desired for a majority of people with migraine. Adding to frustration is the fact that treatment effectiveness will often wane over time, resulting in what can seem like the never-ending (and costly!) search for the “right” regimen.

The Hidden Cost of Migraine