Migraine Triggers by the Numbers 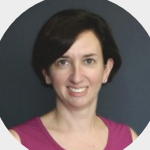 For those with migraines, some have a handful triggers whereas others would get a migraine from trying to count up all of their triggers. Here are a few numbers we uncovered from the Migraine In America 2015 online survey about migraine triggers.  The survey gathered insights from 4,502 respondents across the U.S. about their symptom and treatment experience.

Of those surveyed have not identified triggers for their migraine attacks.  There were a myriad of triggers patients cited, from sexual activity to certain smells.  Of the 96% who have recognized they have triggers, the most frequently mentioned include: 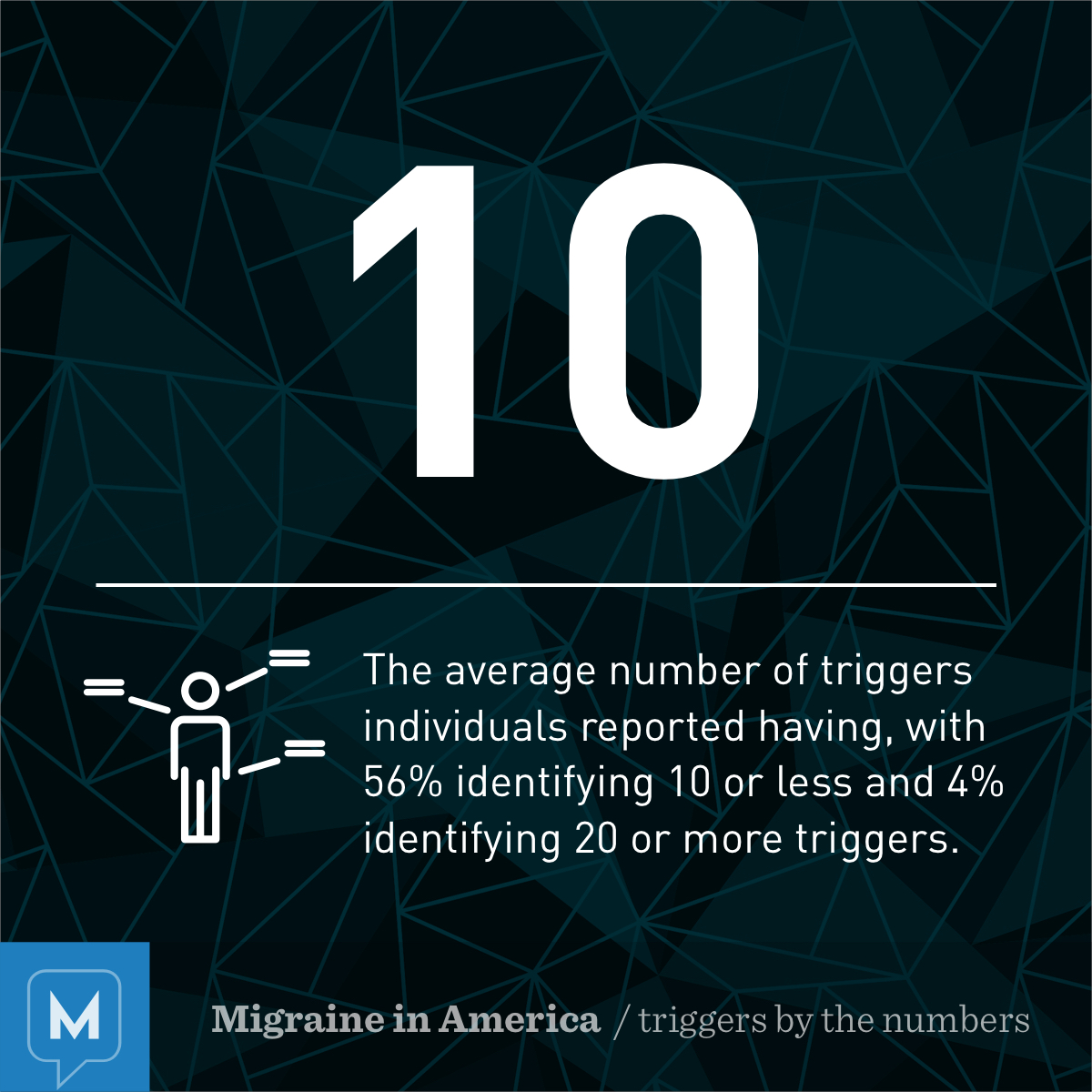 The average number of migraine triggers individuals reported having, with 56% identifying 10 or less and 4% identifying 20 or more triggers.

Of those surveyed, when prompted to openly share their most frustrating migraine trigger, included “weather” within their response, and 9% included “stress.”

Of those with migraine triggers have taken special steps to avoid them.  Typical trigger mitigation was avoidance of the trigger, whether it be staying indoors, wearing sunglasses or not engaging with the trigger. 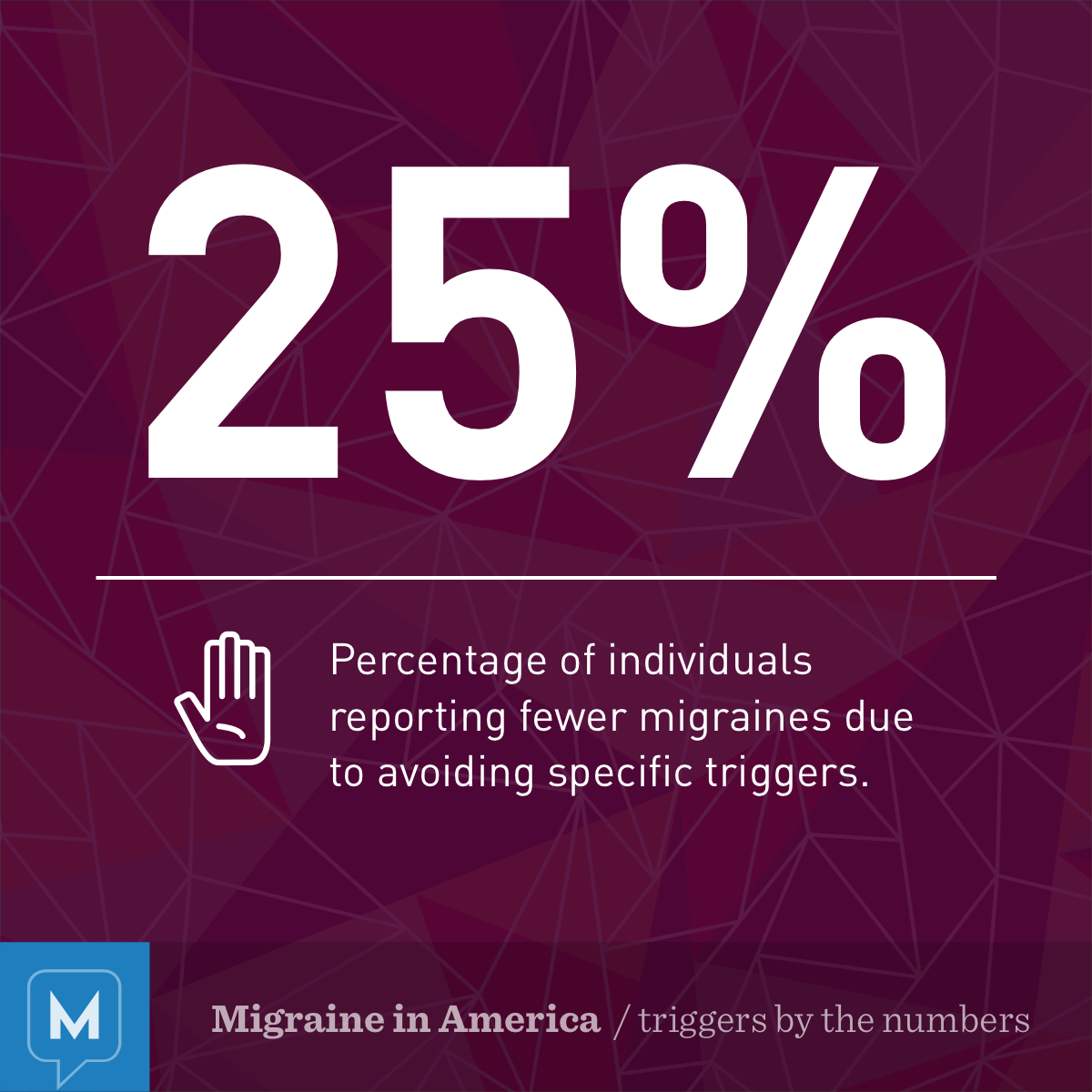 Of individuals cited they have fewer migraines per month than they once experienced due to being able to avoid specific triggers. Whereas 27% of those surveyed indicated their decreased in migraines was due to finding a prescription preventive medication that works for them.

Of those surveyed use a migraine journal, which is surprising due to the number of triggers and symptoms endured. Of migraine journal users, half turn to traditional paper, such as writing in a journal or calendar.  About 1/3 use a smartphone migraine app and only 4% use an online migraine specific app. 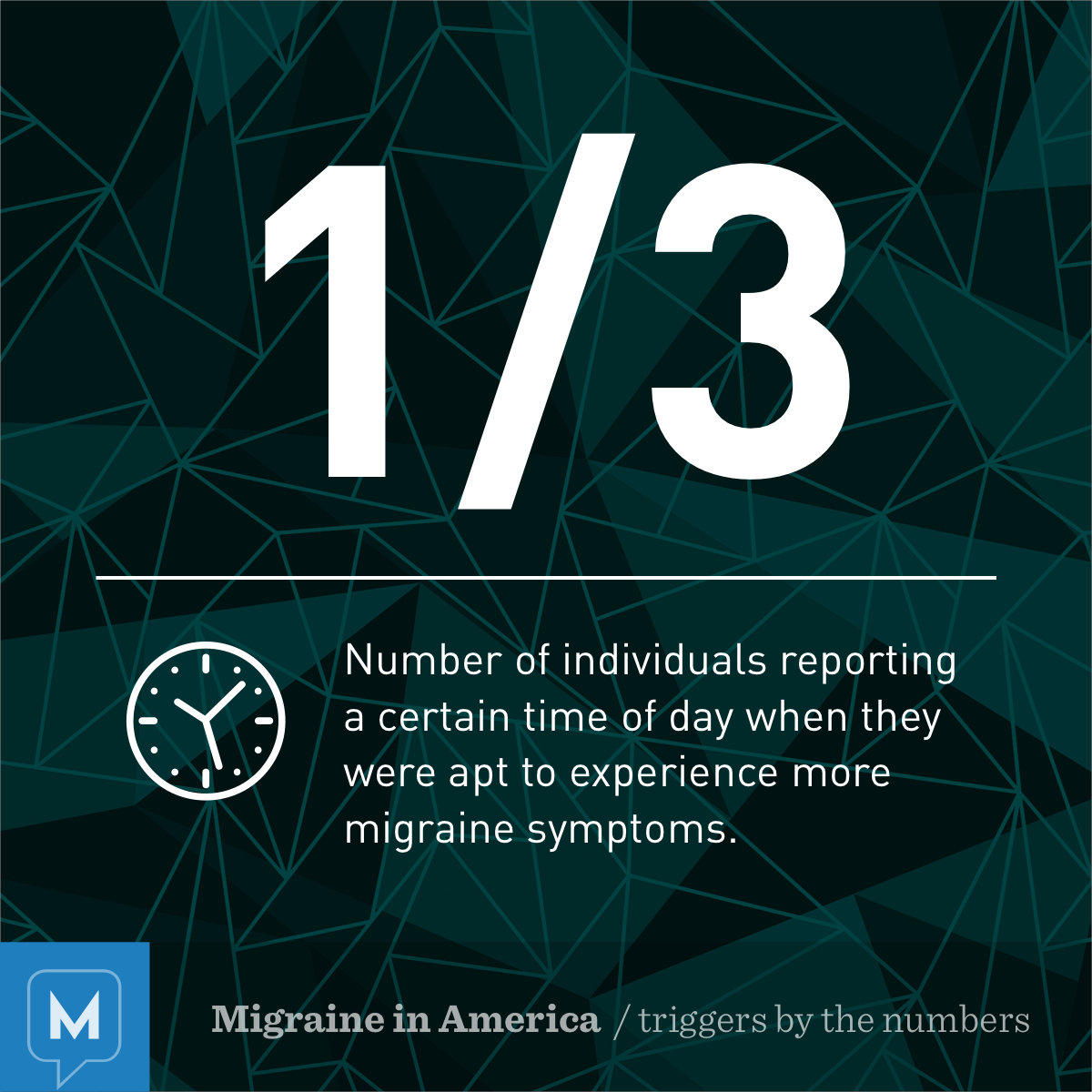 Of those surveyed found there was a certain day or days of the week when they were more likely to experience a migraine attack. Of these individuals, it was particularly weekend days that they were apt to experience more migraines:

Identifying and managing ever-changing triggers (particularly those that are unavoidable) is one of the most challenging aspects of migraine. What your migraine triggers? Have they changed over time? Have you come up with ways to avoid some common triggers?