Celebrating a Headache Anniversary as a Survivor, Not a Victim 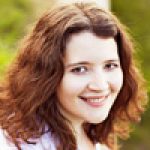 I recently celebrated the tenth anniversary of my headache, though “celebrate” might not be the right word for it. As a sufferer of New Daily Persistent Headache, I know the exact day my headache began, February 17, 2008. Ever since that day I’ve had a constant headache that ebbs and flows in intensity. Medications and behavioral changes have helped me manage it better than I ever have before, but it’s still there, and it’s starting to become one of the longest relationships in my life.

Anniversary of a bad thing

When I was in my early twenties, my father abruptly divorced my mother, and the anniversary of his sudden departure was a day I dreaded at first. I made sure to call my mom on that date for the first three years afterwards, but on the fourth year I forgot, and now that it’s been 15 years, the date slips by without me noticing it at all. Similarly, the one-year anniversary of my headache was depressing because I’d never expected my illness to last that long. As my headache has become a more integrated part of my life, the date of its arrival has become less painful to contemplate. The anniversary of a bad thing only has as much power over us as we allow it to.

So I decided I would celebrate the anniversary, but I framed it as celebrating ten years of survival, not ten years of victimhood. Dealing with chronic pain has changed my life in many ways, but I can take pride in the ways I’ve grown as a person because of it. I’m more empathetic to people with physical ailments than I used to be, like a person using a cane who might be slowing down my pace on a sidewalk. I’m also more attuned to that fact that people suffer in invisible ways we’re not aware of, such as depression, grief, or mental illness. I’ve learned how to become a strong advocate for my own health at doctor’s appointments, and I don’t view doctors as gods with all the answers. I’m not afraid to ask questions and make my own decisions about what’s the best course of treatment for me. My illness helped convince me that I should become self-employed so I could better manage my schedule, but working for myself has made me more self-confident, more able to tell people no, and more in control of my life as a whole. I’ve also made friends in the headache community that I wouldn’t have met otherwise.

Controlling what I can

The headache has had a negative impact on my life in many ways too, but after allotting a certain amount of time for self-pity, I’ve decided not to wallow in things I can’t change. All I can control is my reaction to what happens, and I try to keep that reaction as positive and productive as possible.

I celebrated the anniversary with my family as if it were a birthday or holiday. My mom and I went out to lunch together and bought gourmet cupcakes that we shared with my brother when he got off work. I was afraid that the day might be dour, but I had a great time and I was glad I hadn’t ignored the date like I’d contemplated.

Celebrating for my own reasons

I didn’t mention the anniversary publicly that day. I had written a personal blog post mentioning it was coming up, and I did consider tweeting something about it on the day itself, but decided I wasn’t interested in the reactions I knew I would get. People would either 1) Tell me how sorry they were for me or 2) How amazing I was for surviving this long or 3) They’d suggest a cure. I don’t need anyone to pity me or tell me I’m an inspiration. Most people underestimate what challenges they can handle in life, but they rise to the occasion when they’re forced to. I don’t think coping with a chronic illness for ten years makes me special. I’ve just had to face something most people don’t want to imagine facing. I also don’t need anyone telling me my headache can be cured if I put a banana peel on my forehead or wear a helmet they’ve developed that will also stop alien abductions. (I’m not making either one of those up.)

The day came and went just as it will come and go a year from now and a year after that. It only has as much meaning as I assign to it, and I’ve chosen to assign it the positive attribute of survival and not victimhood. I may not like being reminded that I’ve had a chronic illness for this long, but I do enjoy eating cupcakes and spending time with my family when the day comes around. My only wish (other than not getting the headache at all) is that the headache had waited another 12 days to first appear. Then it would have started on February 29, leap year, and I’d only have to think about this every four years instead.