I woke up the day of my sixth CGRP treatment dismayed to feel low-level pain in a tight band around my head. I could hear rain pattering against the window and a quick check of my phone showed an huge mass of green just sitting over us on the radar, predicted to be there for the next twelve hours. What would it take for me to have good weather just one time on the way up to the clinic?

One amazing plus: I had a “new” car to drive there. John's mom had found a way to buy a fancy Mercury SUV from Craig's List, and all of a sudden offered her 2002 Toyota Rav4 to John and me because she knew we were down to one vehicle. Yes, there are over 220,000 miles on it. But it's a Toyota, they last forever. And she had taken really good care of it, getting oil changes at the recommended times, tune ups, etc. It is a light gold tone color with only a tiny bit of rust. I'm in love. And it has automatic everything, which we're not used to, and cruise control.

I took meds and the girls to school, packed up some food and drinks and headed north. Even with the rain, I needed my TheraSpecs, and I pasted a SalonPas white mentholated patch to my forehead. Imitrex nudged the pain down to a low hum, but normally I get complete relief. It definitely seemed like a weather trigger situation, which for me produces symptoms that are harder to treat than some of my other types.

This car actually has a tape deck as well as a CD player, but I hadn't dug out any of my old mix tapes so I was listening to my iPhone with a bluetooth speaker as usual. I also couldn't actually get the cruise control to work, having not read the manual about how to use the lever and button. My head was still hurting as I pulled into the parking lot, checked in, and watched the dismal TV news on the local station playing in the waiting room. It was the day of the Ohio State attack, which hit very close to home, and the election was still fresh in everyone's minds.

"H," my friend and study coordinator, came to fetch me and we discussed those things as we walked back to her little office. No blood work, EKGs, or urine samples were needed, which was a relief. H mentioned that maybe the headache would be treated by the injection, which has happened often in the past, as I've written about.

When H administered the medication, I thought maybe it didn't sting as much as it had in the past, though I couldn't be sure. The usual lump formed under my skin. “Do you feel anything?” H asked hopefully, her expression making me wonder if even receiving the real medication at every previous treatment wasn't a guarantee I would receive it this time or any time in the future, though I had understood that to be the case.

I don't really know,” I said truthfully, waiting for the rushing tingle in my neck, the cushioning feeling around my brain. “I think so.” However I wasn't sure at all.

H handed me the leathery black case containing the daily diary unit I'd once again be using every morning. We made my next appointment, and I showed her my cool new car, unlocking it with the keychain device in my hand. On the way home it continued to rain intermittently, the sky was flat and gray like the reverse side of tin foil. Road kill and orange construction barrels flashed by and I decided that the windshield wipers currently on the car were terrible as stripes of rain smeared in place. The music suddenly became hollow and small because, apparently, my portable bluetooth speaker's charge died. I reached up and rubbed my forehead, having removed the patch awhile back, and it felt like the same dull, unremitting pain I'd had before the treatment, instead of dispersing and resettling as it had after treatments in the past. For the first time, I thought I had probably received the placebo instead of the medication. 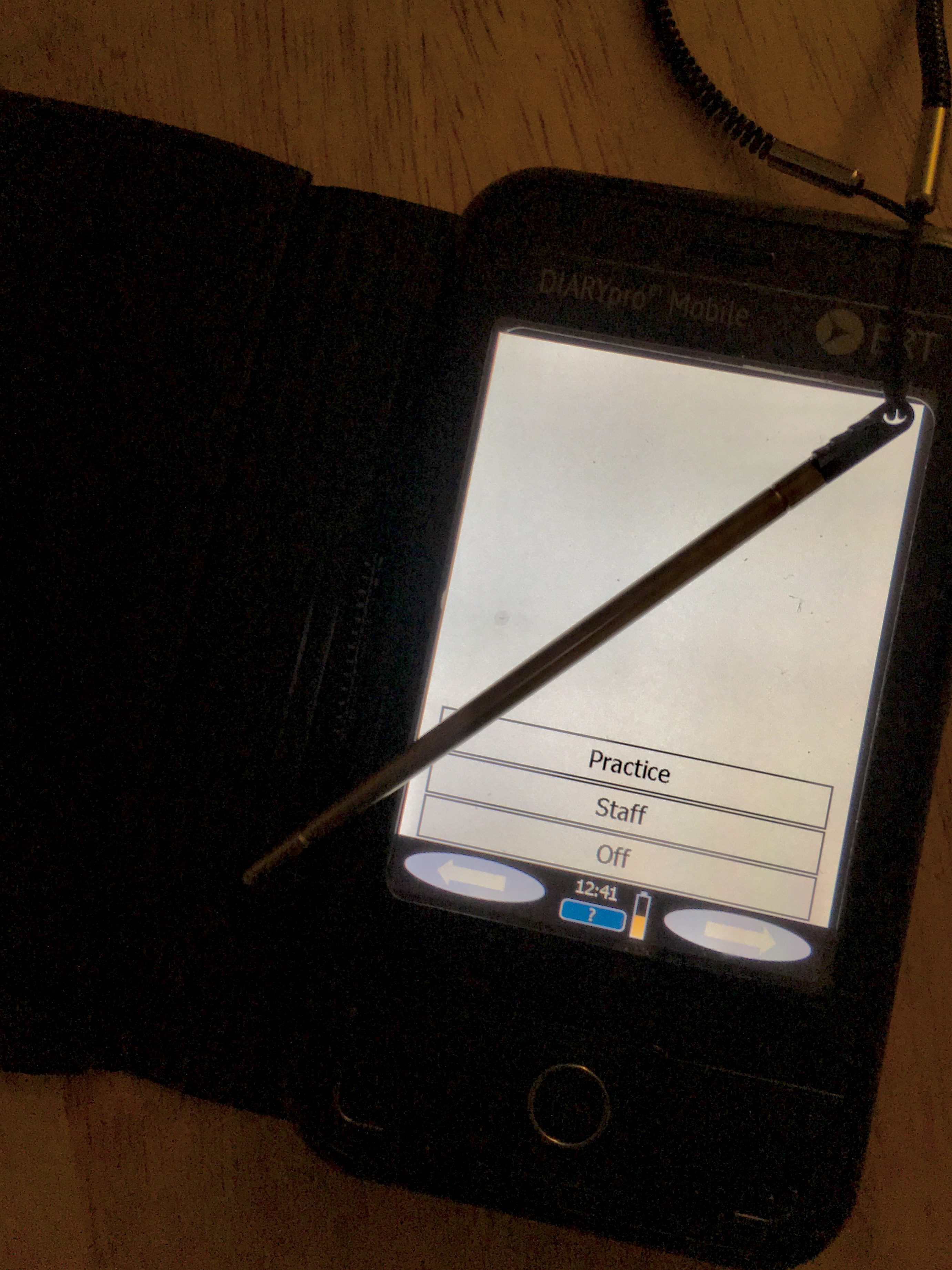 Pushing Through: A Diary

8 comments
This article represents the opinions, thoughts, and experiences of the author; none of this content has been paid for by any advertiser. The Migraine.com team does not recommend or endorse any products or treatments discussed herein. Learn more about how we maintain editorial integrity here.