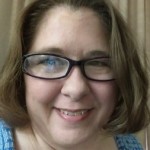 I had a lot of unrealistic fears that kept me from seeking help for migraine. Those fears prevented me from accessing the very treatments that could have offered relief. If I had been willing to seek treatment earlier in life, I might never have dealt with Medication Overuse Headache. There’s a good chance that migraine would not have transformed into Chronic Migraine. I certainly wouldn’t have been forced to give up my dream job.

Fear is a normal, healthy emotion. It keeps us safe from things that will harm us. Like all emotions, it can be fueled by truth (healthy) or by lies and lack of information (unhealthy). My fear of seeking migraine treatment was based on my ignorance and the trust I put in unreliable, uninformed sources. It was unhealthy fear.

The natural response to fear is to protect yourself by aggression (fight), running away (flight), or refusing to act (freeze). I chose to freeze – to dig in and refuse to change. I accepted my lot in life because I believed that any attempt to change it would result in catastrophic failure. If I tried to get better, I would only get worse. By refusing to act, my problem did get worse until it destroyed my dreams.

Rational or irrational, fear is powerful. It can compel us to act in crazy ways or freeze us right in our tracks. When gripped by fear, we do not think clearly. We only react. When our lives are in danger, fear is our friend. Most of the time, though, fear is our enemy. It feeds off of ignorance and myth, paralyzing us and keeping us from doing what is truly in our best interests. It is only by feeding it the truth that we can ever hope the break its grip.

The antidote to fear is truth.

I didn’t let go of my fears until I got an education. By learning the truth about migraine, my fear subsided. Free from its grasp, I was finally able to make good choices that resulted in better migraine management. Even as I was taking proactive steps to improve my health, fear would creep in, making me question my choices. It took a lot of truth, given in repeat doses over many years, before all the fears finally disappeared. It was only when I acted against my fears that I finally broke the cycle.

Even when some of my fears came true, I discovered that the results were not as devastating as I had imagined. Nothing I feared ever resulted in the kind of disaster my mind had dreamed up. That’s the nasty thing about fear – it exaggerates the negative. I learned to fight against fear rather than fight the things I feared. That’s something I could not do until I learned the truth about migraine.

Are you still gripped by fear?

Do fears of doctors, treatments, or prognosis of migraine still keep you from getting the care you deserve? Do you still need more information to help you face your fears? What would it take for you to break free?

Have you conquered fear?

Maybe you’re like me. Share how you overcame your fears. Maybe our combined stories will help the next person who needs a little extra nudge in the right direction.