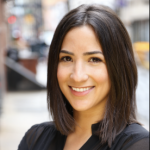 In anticipation of the upcoming Migraine Education Day that is being hosted by Miles for Migraine on Saturday, March 25th, 2017 near Philadelphia, we sat down to speak with the keynote speaker and Migraine.com healthcare expert, Dr. Joanna Kempner.

Educating the public on migraine

Why do you think we need a “Migraine Education Day” in 2017? What do people still not know?

That is a great question! Medicine has become really sophisticated, so one might assume that a common disorder like migraine would be easy to treat. But as many Migraine.com readers already know, migraine medicine is anything but straightforward. This day is designed not only to help people learn how to cope with and manage their disease, but also to provide tools that they can use in daily life.

But migraine education has to be about more than just improving our health behaviors. One of the most important problems facing people with migraine is social stigma. We’re all so used to people telling us that we “just have a headache,” or assuming that we can’t handle stress, that many of us have learned to keep quiet.

Migraine Education Day will provide a safe and nurturing environment where we can share our experiences of living with migraine. Of course, online forums, like those hosted by migraine.com, provide a space for sharing information, but I’ve seen what happens when people with headache disorders get together and start talking. Nothing can replace the experience of being in a room together with people who are facing the same struggles as you. It’s powerful to learn that you’re not alone.

How does the information from this day get disseminated to the general public?

The day itself includes hands-on workshops and discussions, which we hope will begin to build a community that is empowered to advocate for better headache treatment for all people. For those who can’t make the event itself, Miles for Migraine will livestream the lectures via their Facebook page.

In your book, “Not Tonight: Migraine and the Politics of Gender and Health” which of those discussed reasons do you think is most critical for people to understand?

Many of us know, first hand, that the stigma of living with migraine is overwhelming. But, in in the process of writing my book, I discovered that the stigma of migraine actually affects everything in headache medicine – it’s a big reason why so little research on migraine is happening – the federal government doesn’t think that migraine is worthy of the money. It’s also a big reason why it’s so hard to find a good headache doctor. Migraine isn’t a “sexy” disorder to treat. I’ve even heard many doctors say that they don’t want to treat headache patients because they perceive them to be “whiny.”

Stigma creates problems with employment and disability. Surveys tell us that employers rarely consider migraine a good reason to miss work and the Social Security’s “Blue Book” doesn’t even list migraine as a condition that might cause disability. From what I’ve seen, none of this will get better until people with migraine start to band together and demand more resources and better care. That requires that we address this problem of stigma.

Gender biases in the research and medical fields

Women have historically been under-represented as participants in clinical trials and other research. To the extent that has changed, do you think it has also been transformative of the overall healthcare experience for women with migraine?

You’re right that women have historically been underrepresented in clinical trials and other research. But, interestingly, this hasn’t been the case for migraine. Because migraine has long been considered a disorder that primarily affects women, women are actually over-represented in migraine research. In fact, it’s men who are under-represented. But, perhaps a bigger problem is that migraine research studies almost never include non-white, non-middle class populations. I’d like to see that change.

How has the under-representation of women among medical researchers and policy makers affected the kinds of issues you identify in your book?

One of the main arguments in my book is that migraine has long been associated with women, which has led to this idea that people with migraine are neurotics who can’t handle stress or who are hypochondriacs. The idea that people in pain are “whiny” is deeply engrained in our culture, so it’s hard to say whether increasing the number of female medical researchers or policymakers would help. But it’s certainly true that women in headache medicine tend to be more attuned to so-called “women’s issues.” I also think that it’s imperative to increase the number of women in policy positions. I don’t know if that would help increase funding for migraine research, but it probably wouldn’t hurt!

How do we break the stigma?

We need to start by opening up about our experiences with migraine. Stigma can make people reticent about sharing their experiences, but if we’re silent then nobody will ever know how disabling migraine can be. An important first step is to get involved with public awareness campaigns like Miles for Migraine. Imagine what it would mean for there to be a giant race for migraine. It’s not just about fundraising – it’s about changing public perception about the disease.

How long have you been living with migraine? How has this affected and influenced your career?

I’ve had headaches as long as I can remember, but they weren’t diagnosed until I was much older. When I went to grad school, I started to read all about illness and stigma and quickly realized that there was no good research like this on migraine. But I also knew that I was affected by stigma. I was embarrassed that migraine had such a profound effect on my life. I felt like I had to barrel through my pain and not let anyone know how serious my problems were.

But the process of doing my research really changed my outlook. Part of my research required that I spend time on online migraine forums. It was the first time that I really understood how serious migraine could be for other people and I was impressed and emboldened by the bravery of the stories that I read. It was really my research that compelled me to speak out about migraine. I wasn’t born an advocate. I was motivated to become one based on what I had learned from my research.

If you didn’t suffer from migraines, what do you think your career path would’ve been like?

It’s hard to say! But I’m glad that I did write about migraine because it’s a huge problem and people with migraine need to get their voice heard.

What can you tell us about the state of healthcare professional education initiatives for migraine? Are you aware of any? If you were to make a recommendation to a medical school or professional/credentialing organization about such a program, what would you recommend?

That’s a really good question. Let me start by saying 37 million Americans have migraine. And yet, people with migraine are terribly underserved by medicine. The statistics are shocking. Only about half get a proper diagnosis and far fewer receive appropriate treatment. And the outlook is much, much worse for people with chronic migraine. Only about 16% of people with chronic migraine who see a non-headache specialist will actually get a correct diagnosis of chronic migraine (32% if they see a headache specialist). So, it’s clear that healthcare providers aren’t getting the education that they need.

To their credit, the American Headache Society recognized this about a decade ago and, with the United Council of Neurologic Subspecialties, helped to start board certification programs for headache specialists. However, to date, we only have about 520 doctors who have this board specialization – that’s not enough for such a common disease that affects the millions who have migraine. Additionally, these 520 headache specialists are not equally distributed geographically throughout the population.

So in order to boost these numbers, there are fellowship programs, but less than 20 of 32 fellowship programs were filled this year. That’s shocking. That means physicians don’t want to become headache specialists. The question is, why aren’t doctors interested in headache as a subspecialty? It’s partly because of stigma. There’s the idea that migraine patients are whiny, privileged and can’t handle pain. Worse, they never die, so they just keep piling up in your practice!

I think a lot of the change has to come from the top – if there were more research funding available (e.g. the National Institutes of Health), migraine research would seem exciting. It’s really fascinating, neurologically speaking, and would be more intriguing to physicians if their migraine research were promoted. Medical institutions also need to do a better job in training physicians to treat and care for migraine patients. I’d like to see medical schools regularly include migraine in undergraduate medical education and expose students to migraine patients. Residents on neurology rotations should be given actual migraine patients to treat. Migraine is a common disorder that doctors are going to experience in the clinic. Let’s make sure that medical education includes migraine in the curriculum. Let’s make sure that migraine is viewed as an interesting and important disorder to treat – not a boring, run-of-the mill nuisance that doctors just have to deal with.