Once, I Left a Mop Bucket Running… 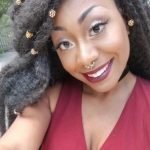 and flooded a shared back hallway between a restaurant and a movie theater during business hours.

Many of us know migraine can be debilitating, and stressors such as work and school can trigger migraine symptoms. Conversely, migraine symptoms can also affect our ability to work. This relationship of negative influence can make it difficult to get through an average work or school day.

What follows is a story of one very chaotic migraine experience I had while working, wherein I had a huge ‘oops’ moment that only made things worse.

All in a day’s work

In the evenings on most days, I work a bartending job at a small, independent, arthouse theater in my town. Every night after the film screenings end and the bar clears out, I clean the bathrooms, lobby, and behind the bar. This includes a number of tasks including cleaning a popcorn machine, washing dishes, vacuuming, sweeping, and mopping.

I am usually exhausted after a ten-hour shift or longer, and I often have a migraine by the end (or beginning) of it all. On a normal weekday, I am also getting up early the next morning to return to work at another job. At the end of some days, I am not able to work optimally, because migraine combined with stress and exhaustion can often make getting things done in a timely manner (or getting rest) nearly or completely impossible. Consequently, I have many, many days where I am not able to finish a workday or have to call out sick because of chronic pain.

One such particular night, I had an excruciating migraine while bartending. It was a migraine that I’d had for a few days prior, but one that had been ‘coming’ and ‘going’ in its intensity level. On this night, the pain was very high intensity, and it was severely affecting my performance. As I was serving customers, I kept feeling the need to close one eye and squinting, because the pain settled into one side of my face.

Gradually over my shift, my voice became quieter and quieter, as I got more tired and it became difficult to speak, and so I was having to repeat myself over and over to customers and to my co-worker. I felt the need to keep holding my hand pressed to my head to relieve some of the pressure, as well as give me a sense of balance. I felt really dizzy and felt a heightened sensitivity to light, but I needed to be on my feet making drinks and serving customers. I felt nauseous and the typical theater smells (burning popcorn mostly) were not helping.

One thing after another

As the pain in my head gradually got more intense, I wasn’t sure If I could stay at work, so I sent out an email to my co-workers (again) asking if anyone could come in and relieve me. It was so last minute that no one could come in. That meant I had to stay, even if I started to feel worse.  Feeling trapped, I got even more overwhelmed, and I already had a million thoughts running through my head:

Can I afford to miss the rest of my shift? Can I afford to lose this job if I leave right now? Am I going to make it through another hour here? And suddenly a sharp, halting, and very important thought ran through my head:

Did I turn that mop water off earlier?

The answer was a big, wet no. Great! I thought. Just what I needed. I shuffled quickly to the closet where we keep cleaning supplies and the mop sink to find a huge, flowing puddle of water. It had leake–…err… flowed… out into the hallway that we shared with the restaurant next door.

Trying for efficiency as I tend to do, I had run the water early to prepare for the mopping later on. Which was not out of the ordinary, I keep systems at work so tight that I could do a lot of tasks with my eyes closed. What was out of the ordinary was forgetting. I was really surprised at myself that I had forgotten about something that I do almost every night. Like discovering the lights were left on in your car, or that the stove was left on, my heart sank. ‘How could I let this happen?’

I wanted to scream and cry, but I didn’t have time just yet. I had to gather as many towels as I could, as quickly as I could to begin damage control. Except that the towels were not refilled from the previous week’s wash. Plan B: I had to find a bunch of paper towels and use already dirtied towels. It all felt chaotic and icky. The water had reached the middle of the hallway and I couldn’t help but think about how embarrassing this was. It was the insult to my injury since I was also still in a lot of pain.

I tried to get up as much water as I could, then I put out the wet floor cone, and returned back to the bar. Every few minutes I had to return to the closest to wring out the gross towels into the mop sink and try to soak up more of the water. This continued all night. I was eventually able to get the floor dry enough to where it would be completely dry overnight…I hoped.

Missed it because of migraine

I am usually really on top of my many tasks at work, but this night I felt anything but under control. Migraine has made me forgetful, has made me totally tune out to what is going on around me, but when I am at work I am usually even more hyper-aware of my symptoms and working despite them to get through the shift, so this situation felt all around w-i-l-d. To make matters worse, when the night was done, some folks from the next door establishment were standing outside taking a break. One of them nonchalantly asked between a cigarette pull:

‘What’s with the water?”

Oh how I sank down so small inside.

“Oh, I accidentally left the water running..haha” I said nervously and full of embarrassment.

I already felt terrible and this service industry comrade’s words made me feel pretty bad. By the time I got home, I felt defeated. All I felt I could do was take medicine and lay down. I didn’t have the energy to even eat dinner, which definitely was not going to help the situation. I had spent all day in pain and soaking up water.

The next day when I went into work, the floor was dry, and I was glad to see that it was all over. Whew. This was definitely one of the most uncomfortable positions I had been in at work, and I felt like I was sort of trapped in it, doomed to feel pain until it was time to clock out. Since then, I have been super attentive to when the water is running for the mop.

Have you ever felt trapped at work or school during a migraine? Ever done something you wouldn’t have normally done had it not been for your migraine symptoms?  What’s your Once, I…story? Let’s discuss in the comments!