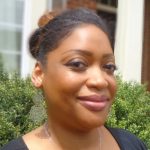 For years, I have been burned over and over again by migraine treatments. Hoping the newest medication would be the one to finally be the holy grail. Only after time it would lose its efficacy or cause side effects. Gradually, that hope would dwindle. Becoming too hopeful was less favorable over fear of being disappointed or let down all over again.

I labeled this feeling being cautiously optimistic. Unfortunately, this phenomenon is not singular to me. It is a common approach that many with migraine use when trying a new treatment, medication, or approach. Deep down we want this one to be the one that works, but we won’t allow ourselves to cling too tightly to that idea. Migraine, especially chronic migraine, is so complex and extremely specific in how it affects each individual. Not one person experiences migraine the exact same way.

Figuring out the migraine treatment puzzle

Treating migraine is like trying to put together a puzzle with pieces that don’t exactly fit and have no recognizable pattern. We try our best, along with our healthcare team, to make them go together as best we can. We do this using knowledge about triggers, allergies, family history and comorbidities. Sometimes, out of desperation, we jam pieces together in an effort to reach a better result. This may bring short-term relief but cause problems in the long-term.

Treatment failure is the new normal

I have tried between 25-30 different medications to either prevent or acutely treat migraine. That right there is a lot of heartbreak. It has been exhausting to me mentally and emotionally just as much as it has been physically. When the new anti-CGRP medication Aimovig was approved last June for the prevention of migraine, I was cautiously optimistic about how it would work for me.

I was eagerly anticipating the release of these new class of drugs for years. I thought this may finally be the one thing to actually help make me episodic again. Again, being cautiously optimistic. I never expect to be completely pain free. Having only a few attacks a month that are well managed is good enough for me. In August of 2018, my journey with Aimovig began.

Not what I expected from Aimovig

Quite a few of my colleagues had already started Aimovig and were doing well on it. This made me more hopeful than I normally get about starting a new medication. After struggling with pain for so long I just wanted to get my life back. My headache specialist prescribed 140 mg or two 70 mg injections for me. I had given myself injections at home before so I wasn’t afraid of the needles. The process was simple and painless. Almost immediately after the second injection I became very nauseous and fatigued.

The nausea lasted for two days but the fatigue lingered for about two weeks. There was no significant change in the frequency and/or severity of attacks. After the second set of injections in September, I had two good days afterward. Then the fatigue set in again, only this time it was much worse. It was extremely debilitating to the point where going to the bathroom made me exhausted. Taking a shower and getting dressed made me out of breath. No matter how much sleep I got it was never enough.

It was also during this time that the migraine started to become more severe and less responsive to treatment at home. The attack I had in August and continued into September grew in intensity. None of my acute medications helped, nor did a trip to urgent care. I was hoping that maybe by the third dose everything would work itself out and get back on track.

October was not better. I felt defeated, exhausted and worn to the ground. I was used to medications failing me. What I never experienced was one making me feel so sick that I could barely function. This was brand new territory for me – one that was very unfamiliar and scary. At this point I was in pain daily for almost two months and had bone-crushing fatigue. Staying awake was a challenge every day.

My headache specialist and I agreed to stop the treatment and hold off on trying any of the other anti-CGRP drugs for now. We both were skeptical as to how my body would respond after Aimovig. Honestly, I was terrified to try either Emgality or Ajovy. How would I know if they would have the same effect? I don’t and not knowing is scary. What resulted from three months on Aimovig was becoming intractable and having my cortisol levels depleted. It took another two months for the fatigue to finally lift. Last month, I needed to spend five days in the hospital for DHE infusions to help lower my pain.

My body is still recovering four months after the last dose. Since then, I have tried two new preventives. One failed me miserably and I have been on the second one for six weeks with no real change. At this point in my journey with migraine I am not sure how I want to move forward. Should I give anti-CGRP medications another try or forego them altogether? I fear that my brain and body are not the same after the first go around.

What this experience has taught me is that a lot can happen when you try a brand new medication. I learned that it also takes a lot of strength to get back up and try again when you’ve been knocked down so many times. Every day I am facing my fear of the unknown in terms of my migraine treatment. Where it will lead me or if I ever return to becoming episodic, I don’t know. What I do know is that I must remain vigilant in seeking out treatments that have the potential to help me get better. Hope must remain a factor because without it everything would go dark. Despite the fear, I must keep moving forward.