The Instagram “Migraine Pose”: Fight Back Against the Trivialization of Migraine

Do you look “damn flattering” during a migraine attack? I certainly don’t, but the “migraine pose” that’s trending on Instagram apparently does, according to Elle magazine’s website. The article says, in part,

“Migraine Pose,” coined by makeup artist Nam Vo, involves posing with one or two hands pulling your face up by your temples as if you had a, well, migraine. There’s a reason it’s trending: The pose tightens the face, makes your cheekbones look more prominent, and lifts the brows. It’s a temporary facelift for the ‘gram.

“I love it because the beauty of your hands frame the face and give it more structure. I always make my models pose this way,” Vo told me, “It’s also a great time to show off your manicure.” #Priorities.

Elle was the first, but Cosmopolitan Australia and MamaMia have also promoted the “migraine pose.”

Steps to take to set the record straight

If you’re horrified by Elle’s trivialization of migraine and the perpetuation of stigma, let them know! Three steps you can take:

Email for a call to action

Here’s my email if you’d like template to start from. Honestly, it’s not the best example—I recommend something shorter with a clear call to action. What can I say, I was angry when I wrote it!

I am saddened to see your depiction of migraine in your “migraine pose” article. It trivializes an illness that can be utterly devastating and adds to the stigma that those of us with migraine already face. I ask that you take down the current article and replace it with one that highlights the true impact of this illness. Because, while #truemigrainepose may show what it truly looks like on the outside to have a migraine attack, the wide-ranging symptoms of migraine and the havoc that it wreaks on a person’s life is the much more important story. And it’s a story that impacts your readers directly, as 18% of women have migraine.

Although migraine has a reputation as “just a bad headache,” it is a neurological disorder with symptoms that can be felt throughout the body. 91% of people with migraine cannot function normally during an attack. The pain of migraine, which can be horrendous, other symptoms can include nausea and vomiting, extreme sensory sensitivity, fatigue, vision changes, vertigo, inability to find words, and even frequent urination. And that’s only a partial list. You can read about the many symptoms of migraine here.

The “anyone need Advil?” comment was particularly infuriating, since many people with migraine get no relief for over-the-counter painkillers and overuse of such medication can actually make a person’s migraine attacks more frequent and more severe.

The flood of angry social media messages and email that you’re receiving results from the centuries old stigmatization of migraine. It has been trivialized as women’s hysteria and an excuse to get out of work or sex practically since it was discovered. Yet migraine can be so severe that it renders a person’s life utterly unrecognizable. I know people who have lost their jobs and marriages to migraine, who have had doctors refuse to treat them because they don’t understand the severity of the disease, who have developed opioid addictions because adequate treatment wasn’t available, who have taken their own lives because of the severity of the symptoms and doctors who weren’t knowledgeable enough to help. These are people who want nothing more than to work productive jobs and spend time with their children, yet instead spend their days in dark rooms, barely able to move.

I, too, have had my life irrevocably changed by migraine. I had to quit my job 15 years ago and have been unable to return to graduate school. I have been housebound much of the time and bedridden for weeks or months at a time. I have subsisted on feeding tube formula because everything I eat is a migraine trigger. I’m doing fairly well now thanks to a new treatment yet still have to spend hours every day trying to keep my migraine attacks manageable (because I can’t keep them at bay—I get at least three a day and have to treat each one and hope the treatment works). Those are just the highlights of my losses. Migraine affects every aspect of my life, from when and if I’m able to do housework or write to the city I live in, to if I get to spend time with friends and family. It consumes my life no matter how hard I work to escape from its clutches (and I work my ass off!).

Saying the migraine pose is “damn flattering” and talking about manicures is pouring gasoline on the already-gaping wound that so many of us with migraine already feel. Please show some compassion for people who are suffering and instead help shed light on this debilitating illness. 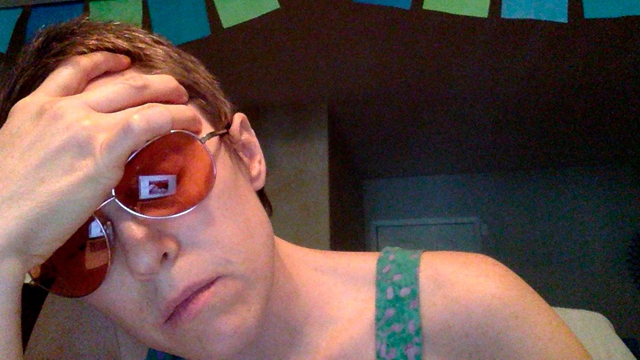 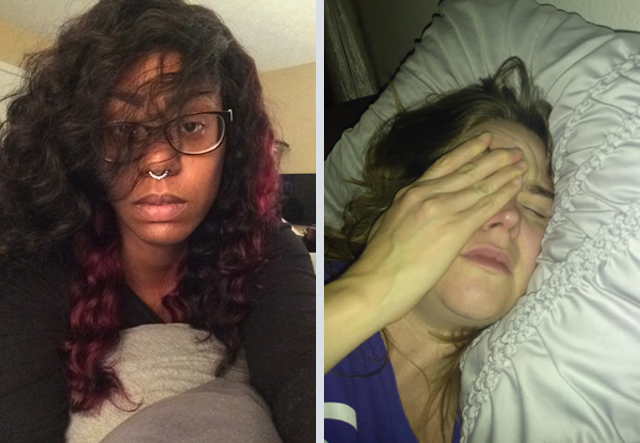 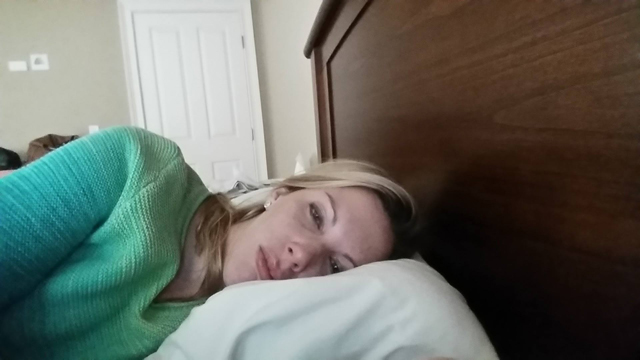 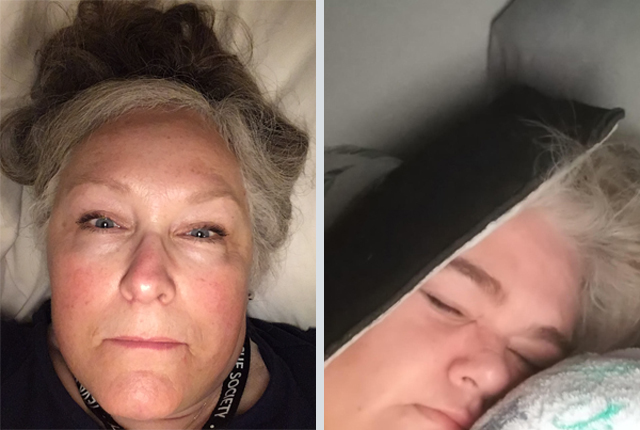 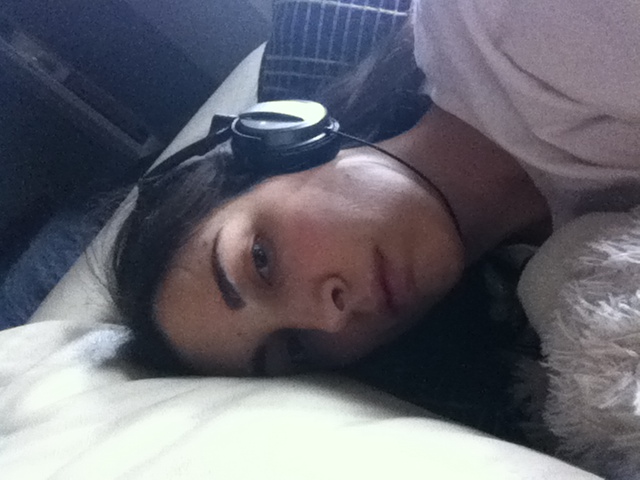 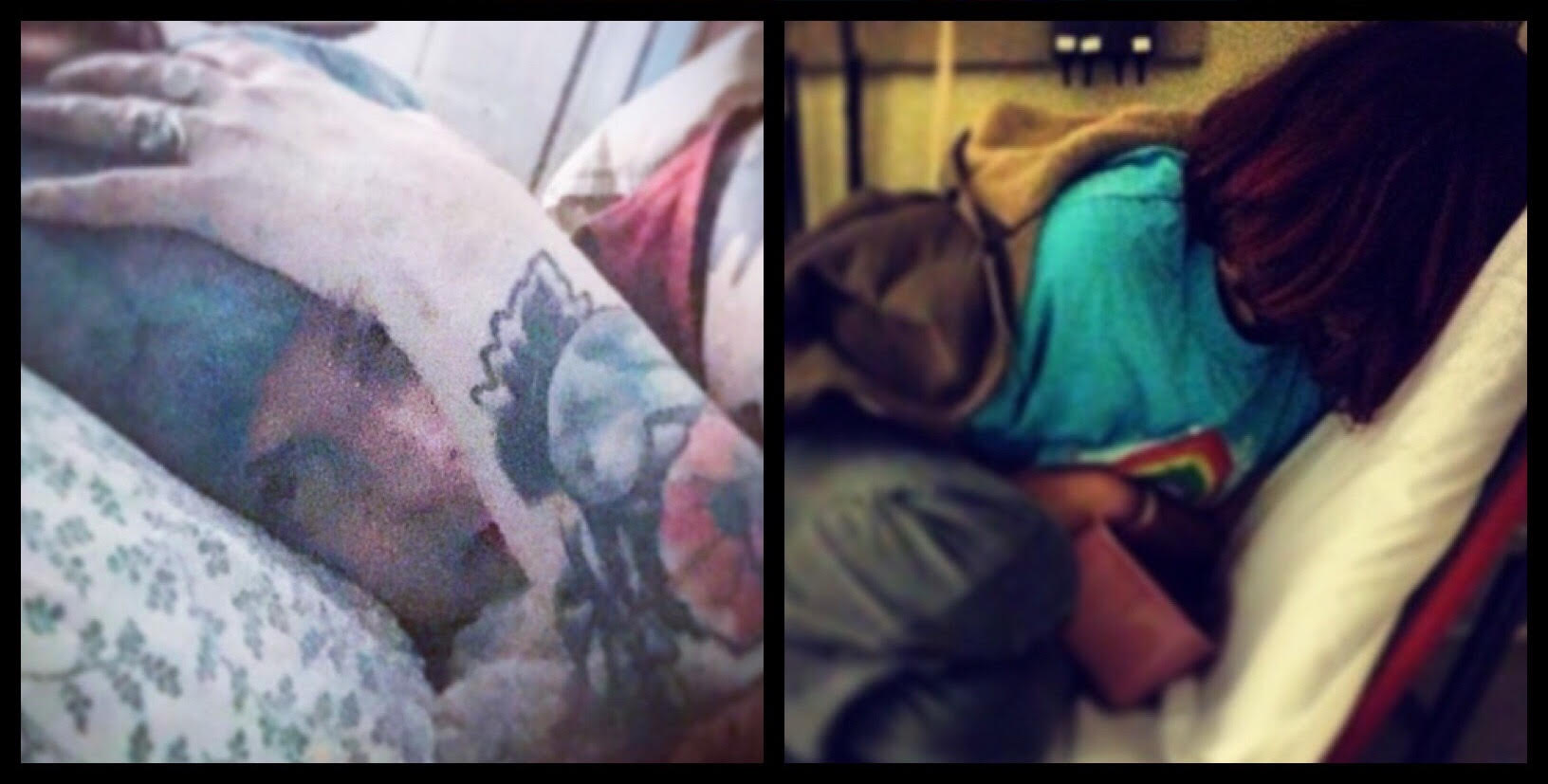 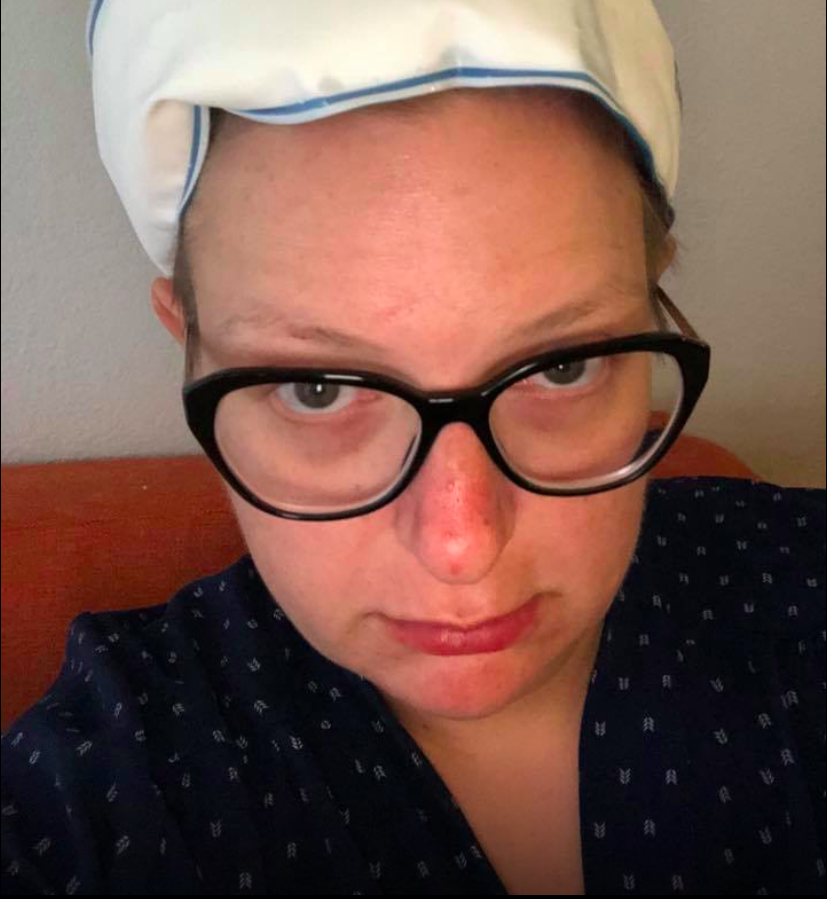