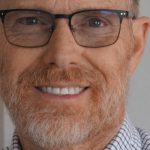 Until recently I had not thought much about the differences between how I experience and cope with my migraines as compared to the other writers here. I felt like I blended in pretty well. But facts are facts—far more women than men get migraines. According to the Migraine Research Foundation, about one in 20 men get migraines. By comparison, nearly one in five women do.

Those numbers are supported by the representation of the writers here at migraine.com. I am the only man. I don’t see many men commenting on our stories, either.

So, I went from blending in to feeling a little like an outcast. Welcome to Migraine Man Island. Population: 1. I can feel more like I have some rare disease that is really not completely understood, at least by other men. “Keep your distance. He’s the Migraine Man.” Or maybe the circus barker: “Step right up, meet the Migraine Man. He walks. He talks. No flash photography or loud noises, please…” There I am next to the Bearded Lady.

Not exactly a talkitive group

Information on how other men manage migraines is rare. Among my male friends (and most of my friends are men), I know of just one man who also gets migraines. He helped coach me a little. (Key word: little.) When I was diagnosed, he said: “Take your medication with you everywhere you go.” Copy that. I now keep a little supply of drugs in each of our cars. After that brief discussion, we went back to watching football…

That has been the extent of my interaction with other male migraineurs. Well, my neurologist (a man) gets migraines, but talking to my doctor about migraines is different that comparing notes with a buddy.

I have a wide circle of friends, and I feel we are pretty communicative and open to each other. But as I shared in an earlier article, I do not get a sense that my friends really understand migraines. When sharing that I had a migraine, the few guys whose wives or mothers get migraines took a step back, like I might explode or melt…and they didn’t want to get anything on them. I guess my friends’ second-hand knowledge of migraines, through knowing me or one of the 85% of migraineurs who are women, is better than no friendly support at all.

Please don’t misunderstand. I feel I get good support from my friends and family. But I just don’t get the kind of support from other guys going through the same stuff. For example, I am 55. It is at this age that guys start talking about feeling a little older, about slowing down a little, about getting up at night to pee. It feels quite good to share those things with my friends. I feel connected to them as we share the experience of getting older together. We laugh, we cry. It’s great.

Grateful for the support that exists

It feels good to share my migraine experiences here, too, among the predominately female voices. Although I am, as I write this, awkwardly aware that I am a lone tenor. But I am comforted knowing I am making a human connection here, not a cross-cultural or -gender one.

Yet, I feel awkward at times. For example, I attended the HealthUnion Connexion meetings in Philadelphia this winter. I had a great time and really enjoyed meeting other writers…most of whom were women. Hey, I really like the company of women. But after day two, I needed some guy talk. I was seated on my flight home next to a guy headed to watch Spring Training in Phoenix. Indians fan. Whew…

So, why is it that more women than men contribute to the various HealthUnion Communities?

Men and their foxholes

Well, I do not have much difficulty sharing my experiences with my diseases. I contribute to two HU Communities—HepatitisC.nte and Migraine.com. There is a better representation of men on HepC.net. However, about twice as many men have Hepatitis C than women; yet, seven of the fifteen contributors there are women.

This shouldn’t be a newsflash to anybody, but it appears that men don’t share about what ails them…no matter what they have.

Interestingly, that does not gibe with my experience as a healthcare professional. I am an interfaith hospital chaplain. I see more female patients than male patients, mostly because the hospital census has more women. However, among the people I do see, men are just as likely as women to share about what’s going on with them…with a chaplain…while they are laying in a hospital bed.

I believe there are no atheists in foxholes (so to speak) and that the hospital is a foxhole. So, when in foxholes, I find that men are just as likely to share their physical, emotional, and spiritual concerns as women.

Migraine.com and HepatitisC.net require that we come out of our foxholes to share. That’s where men seem to lag behind the women. Men seem to feel safer in foxholes. I don’t presume to know for sure, but I wonder if women feel liberated by stepping out of them and sharing. Maybe women don’t dive for the foxholes in the first place. I dunno.

I will say this: I feel less burdened when I share about the physical, emotional, and spiritual tolls my migraines take. I’ll stop short of saying I feel liberated.

One last point I’d like to cover. I am a man, and I get migraines. While not rare, it is a little unusual. Still, I can feel like the odd man out, and I wonder if Migraine Men, like me, feel migraine is not a man’s condition?

Davo recently wrote his story, entitled: Over-looked Minority, Men with Migraine. I do not feel overlooked. I am sure Davo’s experiences are not limited to Canada, but my symptoms are taken very seriously by my health-care professionals. However, in the Facebook posting of Davo’s story, the poster asks if there is a stigma that Migraine Men feel.

Stigma? Maybe. For some reason, Migraine Men may have more difficulty leaving the foxhole. I wonder if there is an unspoken sense that migraines only affect women. Seems silly, but I think there may be some cultural standard that suggests headaches are limited to women. If that’s the case, then I don’t feel it. Nor do I feel any hesitation leaving the foxhole myself. Foxholes may be safe, but they are grimy, dark places. I am more comfortable stepping into the light where I and my migraine are exposed.