Stigma: Compounding the Pain of Migraine

By Dr. William B. Young

The other day, I read a very interesting article showing that discrimination increases the risk of developing chronic pain. Even though the article looked at a traditional view of discrimination (race, ethnicity, gender, age, religion, appearance, sexual orientation, or “other characteristics”) I think it has consequences for persons with disabling chronic migraine and other severe headache disorders. The authors show that discrimination causes psychological distress, which in turn contributes to the development of chronic pain.

First, how do you measure discrimination? The authors used information from a national survey with 3 time points, 1908, 2004-2206, and again in 2013-2014.1 They measured lifetime discrimination and daily discrimination, both of which correlated with the development of chronic pain. I will list only the questions I find most relevant to patients with migraine:1

The authors used the brief pain inventory to measure pain. It should pick up the pain and disability of chronic migraine and some other headache disorders but it asks about the last 24 hours so it might not be so good a measure for migraine, which is episodic or fluctuates, but if the number of patients was large, which it was, it may come out in the wash. Even if little of the chronic pain picked up in the study was from migraine or other headache diseases, the general message applies. The measure of psychological distress, the K6, seems appropriate. 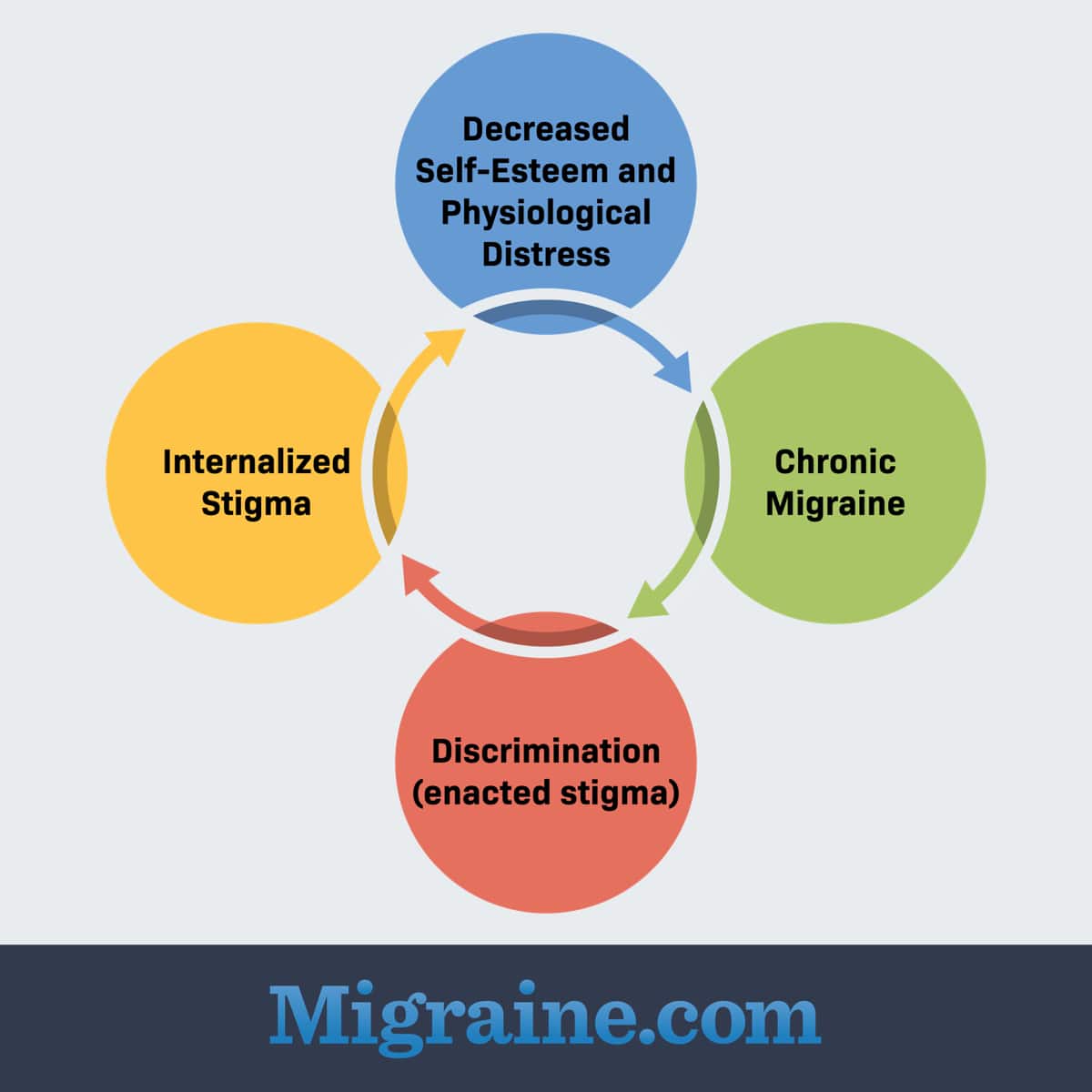 Understanding the connection between anxiety and pain

At this point, I think it is important to sound a note of caution. Studies like this can show correlation, they cannot prove causality. Because they measured different things at different times and with very fancy statistics, they were able to calculate out the psychologic distress caused by the pain, and show only the causal flow in just one direction. Therefore, while it is possible that they are too statistically fancy to prove what they think they have proven, it does make sense, and I think they are right.

We know that increasing a person’s anxiety state worsens their pain. We know things like biofeedback and cognitive behavioral treatment (CBT) improve migraine. Moreover, we know that adverse childhood experiences (ACEs) like abuse and neglect increase the risk of chronic pain including chronic migraine. We believe these experiences reprogram our brain’s software and eventually reshape the hardware that causes pain. It makes sense that the discrimination against migraine and the constant barrage of negative and ignorant messages against persons with severe migraine would cause emotional distress and so act to damage further their pain systems and migraine generators.

This paper also gives us a new hope. Not only may confronting the stigma of migraine reduce emotional pain and improve self-esteem, but it may also improve the chronic pain and other symptoms of migraine. When I twist my patients’ arm to get them to come to a Miles for Migraine event; when I get them to confront and educate a stigmatizer in their lives; when I get them to advocate for their disease before Congress at Headache on the Hill -- I can be pretty sure they are not only making a better world for themselves and others with chronic migraine, but they are actually treating their own migraine disease. In due course, these actions will improve their migraine control.

Spoons, and How to Start a Good Conversation

44 comments
This article represents the opinions, thoughts, and experiences of the author; none of this content has been paid for by any advertiser. The Migraine.com team does not recommend or endorse any products or treatments discussed herein. Learn more about how we maintain editorial integrity here.

Have you noticed something that used to trigger your migraine no longer does?