The Pros and Cons to Adopting a Cat

I'm not sure when it started, but somewhere in my childhood I became obsessed with cats. My family had a turtle and two gerbils, but I begged my parents for a cat. They didn't budge. Then one day in school we were making picture books, and I wrote a story called, "Can I Have a Cat?" I dedicated it to my dad. 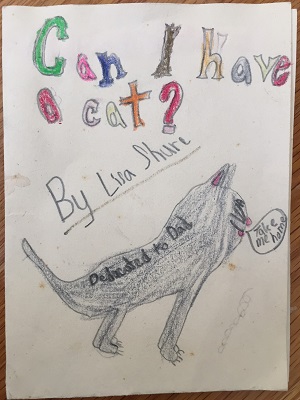 A child's wish is granted

Apparently I melted my dad's heart because not too long after he came home with a flea-ridden kitten under his shirt. We got rid of the fleas and named her Honey. The princess who was just as sweet as her name (um, most of the time) lived from when I was in elementary school all the way to the summer after I got married. 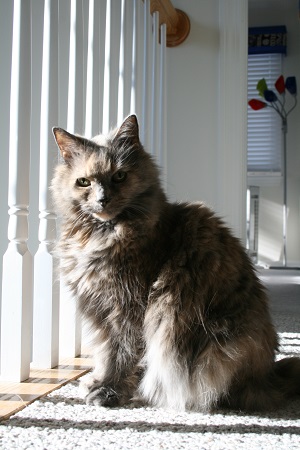 Finding the right time for a pet

For years my husband and I were moving around a lot and it wasn't a good time to adopt a cat of our own. We ended up moving from our home in Massachusetts to New York City and living in a studio apartment which didn't seem like the right environment for a cat. That's when my migraine attacks became chronic, and it was hard enough to take care of myself, never mind a pet. So the idea of a pet faded even more.

A few years later we moved back to Massachusetts and then to a much larger apartment that allowed pets. Also, the migraine attacks were less frequent at that point. And in a moment of serendipity (and perhaps creative salesmanship), a woman I was doing some work for carried a kitten in under her shirt, much like my dad did with Honey all those years ago. His name was Moon, and he was up for adoption. 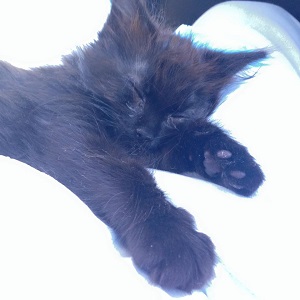 While it was a no-brainer to adopt Moon at the time, it would have been difficult under certain circumstances. Cats can be nice cuddle buddies, but young kittens need a lot of play and attention, can tend towards nocturnal habits, and that means a lot of energy and broken sleep. If my migraines were as frequent as they were back in New York, Moon would not have been the cat for me.

Considering the energy needed for kittens

For example, for the last few mornings the Full Moon has decided to try to wake us up an hour earlier than we normally do by meow-ing by the bed until we play with him. Sleep disturbances are a migraine trigger for me and I actually have had a mild migraine for the last few days (I can't solely blame my fur-buddy though, as I've had other triggers). Also, he is always ready to play when I get home from work. When my migraine attacks were chronic, often the first thing I did when I got home was collapse onto the couch or bed in pain. I wouldn't have been able to handle the lively play sessions that the Moonster requires to be happy (he loves hide and seek, stealthily stalking the mouse behind the curtain, and chasing a good ol' fashioned ball of yarn). I am glad I have the energy for him because the last thing I'd want to do is care for a creature if I repeatedly feel I cannot give him a great life. Also, I want to be able to enjoy his company in turn. 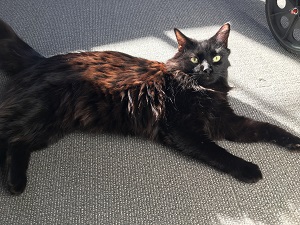 Seeking comfort in the feline companion

As the fluff monster matures, he will need less play time. He'll sleep more and maybe wake us up less. He is already starting to mellow some. But it was an important lesson to me to know that cats are not always as low-maintenance as their reputation makes them out to be. Moon is perfect for my current energy levels and schedule, but if I were dealing with more frequent or severe migraine attacks I think I may have opted to adopt an adult cat with a more calm personality. I would definitely recommend anyone who is dealing with migraine to get to know the personality of a cat or other pet before adopting and make sure they are the right fit for their situation. Hopefully you'll end up with a lovely companion that helps you de-stress and combat the loneliness that can come with chronic illness. I know I did. 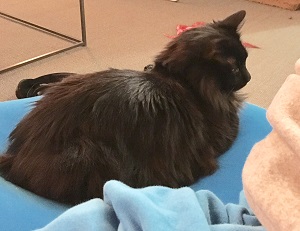 Do you own a cat? How has it affected your life with migraine? Can your cat's habits trigger an attack or is she/he a comfort when you're feeling bad?

Sometimes I Just Don’t Feel Well, and I Don’t Know Why

What Not to Say to Someone with Chronic Migraine: A Note on "Prevention"

94 comments
This article represents the opinions, thoughts, and experiences of the author; none of this content has been paid for by any advertiser. The Migraine.com team does not recommend or endorse any products or treatments discussed herein. Learn more about how we maintain editorial integrity here.