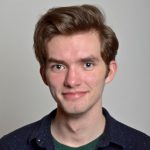 I’m usually the kind of person to avoid traditional television entirely. It’s funny that we’re already at a point in history where television, a landmark in entertainment, is being outshined by online streaming services. I’m almost completely used to a media platform where I can watch and browse from a selection of things that I know I’m going to like! The days of channel surfing and picking up a half-hour of Mission Impossible here, and fifteen minutes of Dog the Bounty Hunter there, are almost over. Now I can find everything I want at the tap of a finger.

I overhead this commercial

Commercials. Any advertisements that I have come into contact with are rendered to a mere 30 seconds on YouTube or are even nonexistent on things like Netflix and Amazon. These things that I drown out in my day-to-day decided to make a sudden reappearance. While raiding my fridge one quiet afternoon, I overheard a word that I am all too familiar with, a word that I bet you can guess.

The term that I have trained myself to pick up on. I’m like some sort of 6-foot-tall bloodhound, waiting to pick up on that familiar scent. In other words, I found myself listening to a commercial on network television. Something that would have just added to my background like white noise. Here, in front of me, was an advertisement for the migraine medicine AIMOVIG, which is a CGRP. I was taken aback by this discovery. I spent a moment, whilst jotting down this commercial in my notes app (so I won’t forget later), recalling in my mind every other time I have heard migraine on TV.

No advertisement, or pop-up, or commercial, or news spot. I have never casually encountered a migraine advert in mainstream media. Yes, I have deliberately looked up information online when on the search for important information regarding my migraine struggle, however, I never stumbled on something like this in passing.

I felt conflicted at that moment

Yes, these commercials are super cheesy. As an actor, I can easily imagine what the script could look like. Like this for instance:

There’s an elderly couple walking slowly down a beach. A new father tossing his baby into the air and two kids looking up under a starry night.

I was happy that a migraine medicine commercial was actually on TV! See, it wasn’t just another allergy medication or male enhancement drug; it was something for me. It had taken me so long time to find myself confronted with an advertisement such as this. The ad was like some sort of media olive branch that was speaking to me at that very moment. It was so reassuring to see something like this.

The struggle that I live with, the pain I feel, is something that people out there are working to advertise. Maybe it’s pandering to people like me; with pain. Or, on a more positive note, maybe it’s just a way to get a rescue drug like AIMOVIG out to the public. Sometimes, it only takes a simple migraine advertisement to remind you that you’re not the only one living with this struggle.