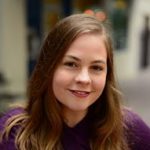 At the recent Migraine World Summit, Dr. Andrea Harriott, a board-certified neurologist and headache specialist at the John R. Graham Headache Center at Brigham and Women’s Hospital in Boston, offered her insights and recommendations for supplements when it comes to preventing or aborting a migraine attack.

Vitamin B-2 earned a “two thumbs up” from Dr. Harriott, who added that its affordability coupled with its minimal side-effects profile made it a good choice for many. Effective dosing appears to be about 400 mg per day. Certain drugs and foods may decrease or alter the effectiveness of B-2, including alcoholic beverages, tricyclic antidepressants, and contraceptives.

Magnesium also earned a “two thumbs up” from Dr. Harriott, who said it was “probably effective” for migraine treatment. The major issue with this supplement, according to Dr. Harriott, was the potential for diarrhea, especially in patients with migraine disease who already have GI upset (such as those with comorbid IBS). However, alternate methods of delivery, including IV or baths, may reduce GI side effects. Trying a different form of magnesium may also reduce GI side effects. Effective dosing appears to be about 600 mg a day for prevention, and it takes about nine to twelve weeks to work. Unlike many of the other supplements discussed, magnesium also works well as an abortive if given via IV.

According to Dr. Harriott, melatonin is “middle of the road” in terms of efficacy for migraine prevention, though a randomized, double-blind, controlled study from 2016 confirmed the efficacy of melatonin compared to placebo. It also showed melatonin to be as effective and better tolerated than amitriptyline, with many participants experiencing weight loss with melatonin compared to weight gain with amitriptyline. Dr. Harriott did add that patients with migraine disease who also have sleep issues might see the most improvement in migraine attack frequency or severity when treated with melatonin. This is likely due to the relationship between sleep habits and migraine attacks. Effective dosing appears to be 3 mg, preferably in the immediate release form and taken about 30 minutes before bed.

CoQ10 received a “one thumb up” from Dr. Harriott, who said the evidence isn’t as good for CoQ10 as for magnesium and B-2 but it is still “pretty good.” She also said it is well tolerated by most patients. A 2002 open-label trial found a significant reduction in migraine frequency after three months of treatment at 150 mg per day. The Mayo Clinic reports dosing may go up to 300 mg per day for adults, though everyone should always discuss supplements and dosage with their individual doctors.

Both of these vitamins received “two thumbs down” from Dr. Harriott, who noted that they aren’t water soluable and so the body can’t get rid of them as easily as the B vitamins. This makes toxicity a threat and makes them potentially unsafe for long-term use.

Dr. Harriott said there was “some research” to support Feverfew as an effective preventative, but that the research was less than that for CoQ10. She gave it a recommendation of “one thumb up.” A 1998 systemic review of five randomized, placebo-controlled, double-blind trials indicates that feverfew is better than placebo at preventing migraine attacks. The University of Maryland Medical Center says usual dosing is 50 to 100 mg daily, standardized to contain 0.2 to 0.35% parthenolides.

Butterbur isn’t recommended, said Dr. Harriott, despite the fact that it has some of the best evidence for use as a migraine preventative. Unfortunately, it carries “significant safety concerns” as some of the chemicals in it have been linked to cancer and liver damage. “Two thumbs down.”

*Readers are encouraged to remember that we are all individuals and no general recommendation should be taken as medical advice. This means that you should always talk to your doctor before adding any supplement to your migraine treatment protocol or changing your medications in any way. What works for one person or group of people may not work or be safe for you.