I’m a chronic migraine sufferer. I have had migraines since I was 19 years old, I’m now 49. In the beginning they averaged one every 3 months. They would last about 3 days. On the third day I would usually end up in the ER tired and crying for relief. 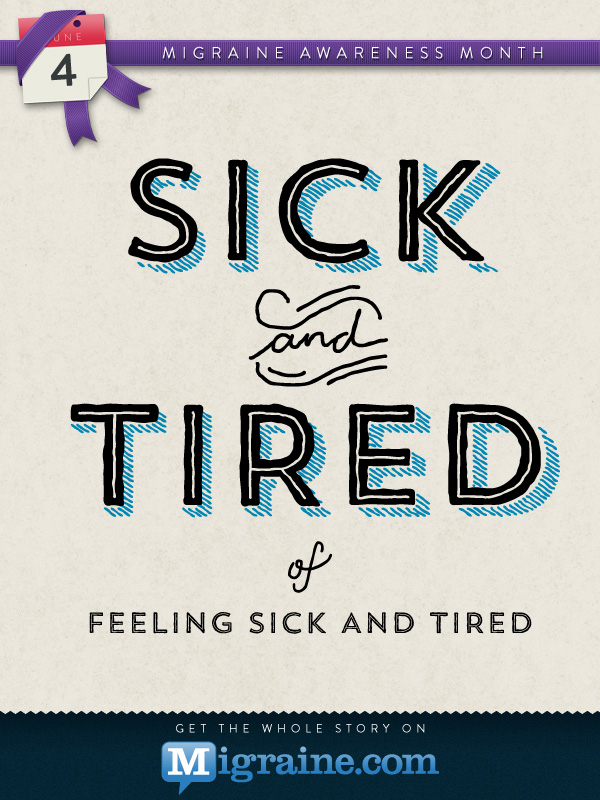 As the years went by my migraines increased to monthly than weekly and eventually in 2001 I was diagnosed with chronic migraine. I had regular spots on my way to and from work to pull over and vomit.

Over the years I’ve tried pretty much every medication offered. Imitrex and Phenergan often gave me relief along with a weekly IM shot of Toradol. Prior to 2006 I used antidepressants, Norco, soma and botox injections which really didn’t help. I also used Topamax which left me with lasting visual issues. I spent 21 days in the Michigan Head and Neurological Institute in 2007. I left there on 12 medications that left me feeling like a zombie.

In 2007 after 4 months in pain management I took myself off all the preventative meds and found a new Neurologist. She was ok with giving me Imitrex, Phenergan, IM Toradol and Esgic as rescue meds. This combo worked for years and then in 2012 I started feeling numbness on the right side of my head and arm. I also get a Charlie horse feeling from my right temple to my jaw with stabbing pain accompanied by the usual nausea, light and smell sensitivity. In January 2013 the numbness and pain came and refuses to leave.

In April I was admitted to the hospital for DHE treatments which did not help. Something (I think it was Depakote) caused my liver enzymes to spike into the 1000’s. After 4 days of DHE the hospital doctor discharged me with instructions to discontinue all meds except Esgic until my liver enzymes return to normal.

It has been a living hell waiting for my liver enzymes to return to normal. I’m back to being nauseous every day and I still have the constant numbness, pain, light and smell sensitivity. I’m scheduled to try botox again in June.

I started 2 new preventative meds last week that don’t seem to be helping but I know it could take months to see results.

I’m currently unable to work and even though my Neurologists says I’m unable to work my insurance company is trying to deny my short term disability claim which adds to the stress which is a migraine trigger for me. I’m so sick and tired of being sick and tired. I have missed out on so much but thankfully my Family is understanding.

The Joys of a Migraine... Total Loss of Life's Pleasures.

4 comments
This article represents the opinions, thoughts, and experiences of the author; none of this content has been paid for by any advertiser. The Migraine.com team does not recommend or endorse any products or treatments discussed herein. Learn more about how we maintain editorial integrity here.