Migraine patients with Raynaud’s phenomenon/syndrome are usually aware they have the problem because the symptoms are startling and quite difficult to ignore. Raynaud’s is a frequent comorbid condition with migraine. However, and because it can occur with migraine with great frequency and is also considered a complicating factor when trying to treat migraine, it is important to be aware of the condition and the problems it can cause for patients with the diagnosis. 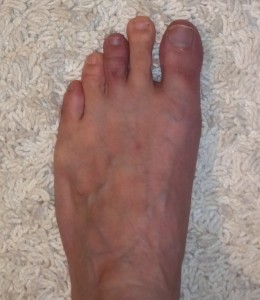 What is Raynaud's disease?

Raynaud’s is also sometimes spelled Reynaud’s and is pronounced RA-NODZ’ or RA-NADZ’.

Raynaud’s can be primary (a disorder unto itself) or secondary (caused by another condition). When Raynaud’s is primary, the term Raynaud’s disease or Raynaud’s phenomenon is used. If it is secondary, Raynaud’s syndrome is the appropriate term.

The patients who suffer Raynaud’s are often known as *frosties* both because their extremities are often icy cold to the touch, and because their bodies hyper-react to nearly everything cool.

What are the symptoms?

Raynaud’s primary symptoms are cold and brightly discolored fingers, hands, toes, feet and, other extremities. Raynaud’s can also affect the face (nose, ears, lips) and breasts. Three colors are typical and include white, blue or purple, and red.

When the patient is exposed to a trigger such as something cold, vibration, stress, or something that constricts blood vessels, the sympathetic nervous system highly overreacts by going into fight or flight mode, shunting necessary blood to organs and brain and away from extremities by creating vasospasms that constrict blood vessels, emptying them. Digits and body parts turn white or blue due to lack of blood and oxygenation called ischemia.

Tingling and numbness during ischemia followed by pain as circulation returns are also hallmarks of the disorder, especially when cyanosis has been present for long periods of time.

In severe instances, the blood supply to digits and appendages may be cut off so long that tissues begin to die. When this happens ulcerations may form which are often difficult to heal as a result of poor circulation to the area. In the worst circumstances, the hypoperfusion (lack of blood supply) results in tissue death that is so extensive that gangrene occurs and the affected body part is removed to save the patient.

Sometimes even mild Raynaud’s which has gone on for years will eventually affect tissues permanently, resulting in changes to skin and nails. Especially noticeable are ridges that run lengthwise along brittle nails. Ridges typically start out very mild but eventually may progress until the situation is problematic, even interfering with the patient’s ability to function.

How is it diagnosed?

Testing for Raynaud’s is fairly easy and usually only necessary if the condition is interfering with other treatments, as symptoms are usually evident when a good history is taken.

A Doppler test is an accurate way to gauge the severity of Raynaud’s. This test measures blood flow to the extremities and gives a scaled reading to the doctor.

A capillaroscopy allows the doctor to examine the blood vessels in the skin at the base of your fingernail.

A cold stimulation test involves putting the hand in ice water and measuring the temperature of the fingers at regular intervals.

How is it treated?

Treating Raynaud’s is somewhat similar to migraine, and avoiding triggers that will cause an attack is key. Patients are urged to avoid all triggers, wearing gloves, and avoiding air conditioning whenever possible. If the Raynaud’s is secondary it will be important to address the primary cause of the condition and treat it. This may require additional testing.

Some medications used to treat migraine also treat Raynaud’s. Calcium channel blockers can be very effective for both conditions and are often tried as a first-line treatment for those patients with this comorbid pair of disorders.

Unfortunately, some of the best ways to treat Raynaud’s involve medicines that are contraindicated for migraineurs because they work by dilating blood vessels which can trigger migraine for many. Patients are encouraged to ask their doctors or pharmacists about all new prescriptions to be sure it won’t be problematic for them.

Sympathectomy is a surgery in which doctors cut the nerves that supply the area with Raynaud’s symptoms. While this is the most drastic move for patients, it may allow some to treat their migraines with medicines that otherwise wouldn’t be possible without the surgery. A nerve block before surgery allows the patient and doctor to evaluate whether the sympathectomy will be successful. This is especially important in cases of secondary Raynaud’s, as it tends to react less favorably to the surgery. Sympathectomy is not a permanent cure however, and eventually nerves often grow back necessitating repeated surgeries for ongoing relief.

While cold extremities may be a migraine symptom for some patients, Raynaud’s is a different condition and may be much more severe, especially if the condition is secondary. Autoimmunity is one of the most frequent types of illness associated with secondary Raynaud’s.

There are many things that make migraine and Raynaud’s very similar. For instance:

Some migraine preventive medicines such as beta-blockers are contraindicated in patients who have Raynaud’s. Unfortunately, most abortives are also contraindicated and should be used only when both patient and doctor understand the potential problems and agree on a rescue plan should prolonged hypo-perfusion become an emergency.

Tinnitus: Is It Related to Migraine?

21 comments
This article represents the opinions, thoughts, and experiences of the author; none of this content has been paid for by any advertiser. The Migraine.com team does not recommend or endorse any products or treatments discussed herein. Learn more about how we maintain editorial integrity here.