The Migraine In America 2015 online survey was conducted to gather insights from over 4,500 individuals currently diagnosed with migraines in hopes of better understanding their symptoms, life impact and treatment experience. 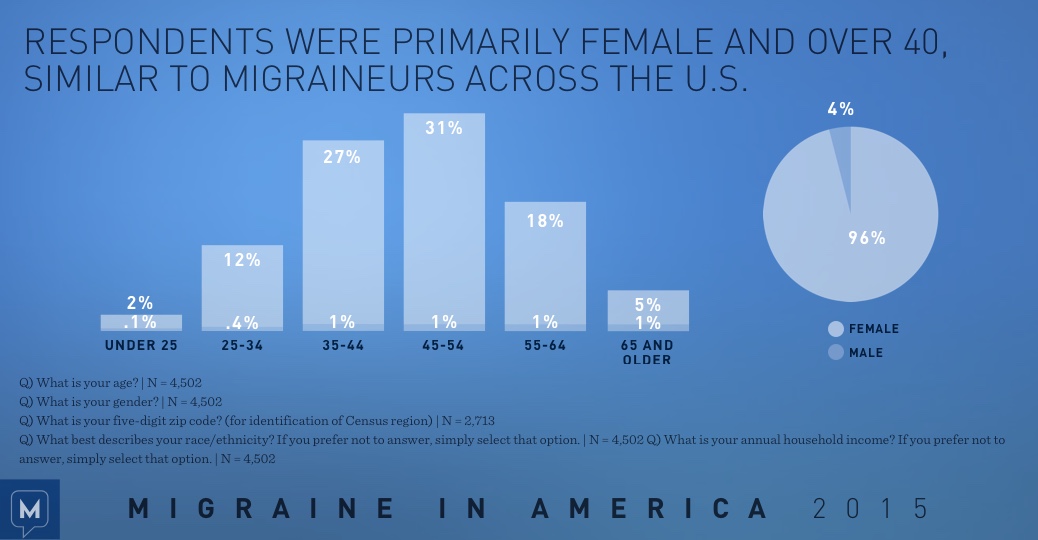 Respondents in the Migraine in America 2015 survey represented all geographic regions of the United States. Most respondents were Caucasian and from households with less than $100K annual income, as well as being married with children. 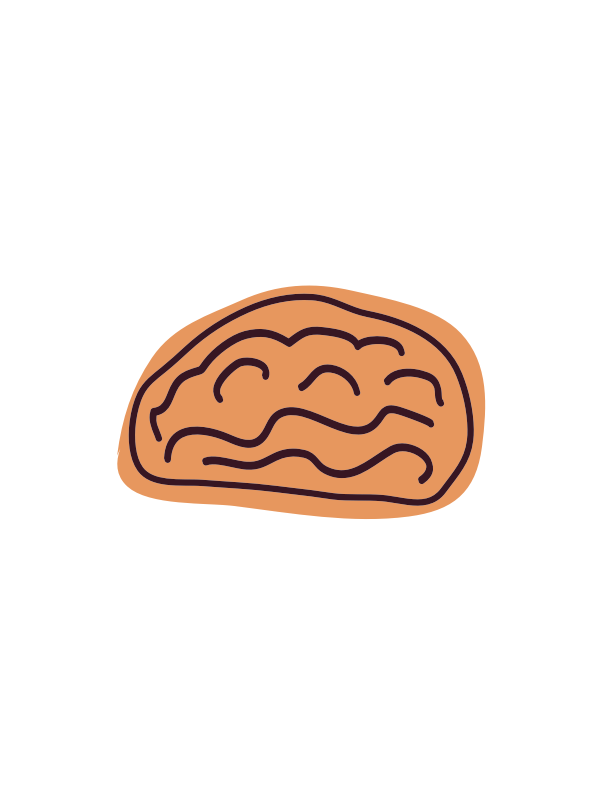 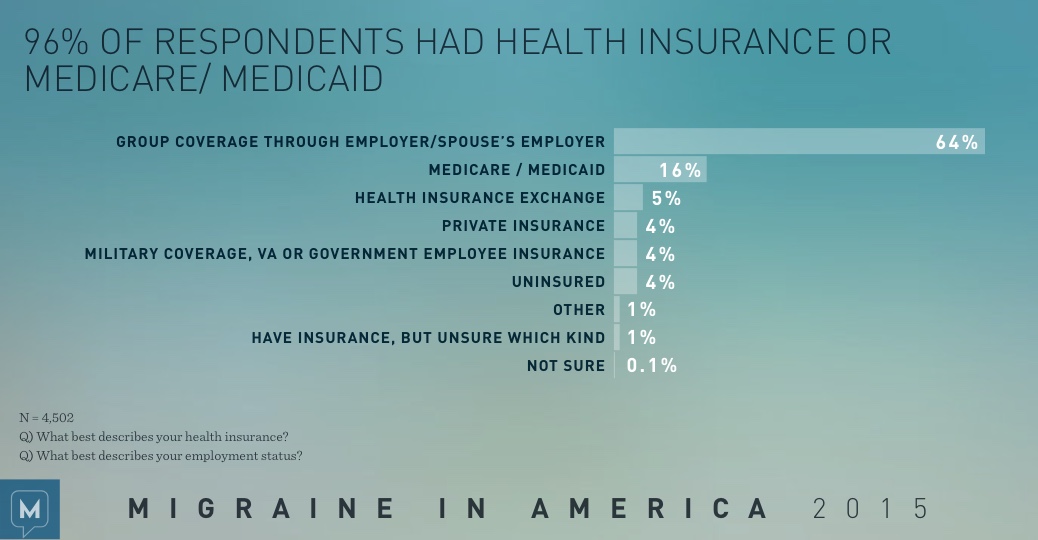 The number of survey respondents without health insurance decreased this year, potentially due to the introduction of the Affordable Care Act. 59% of respondents were employed and 14% were on disability. 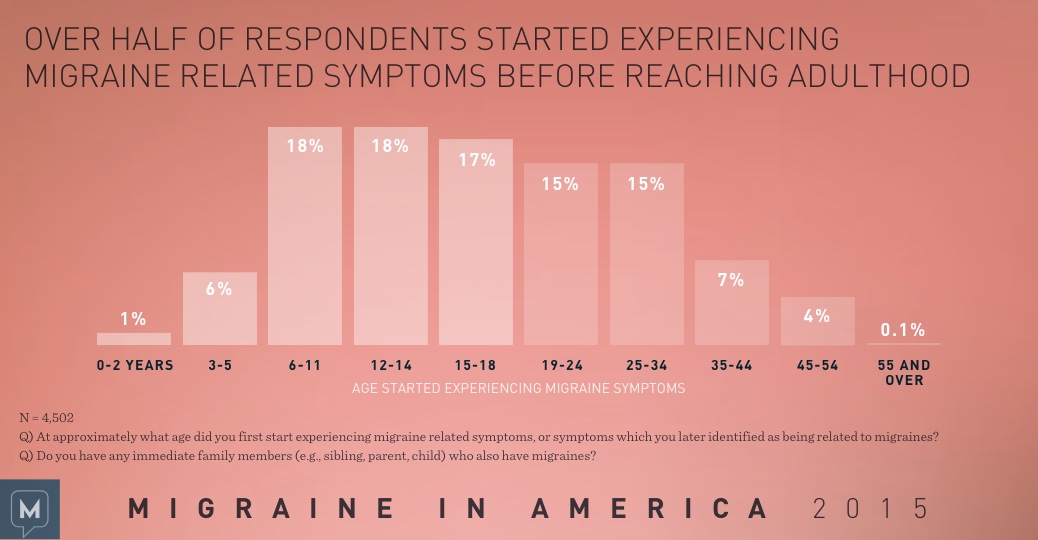 Most respondents have been experiencing migraine symptoms for at least half of their lives and 71% had immediate family members who also suffer from migraines. 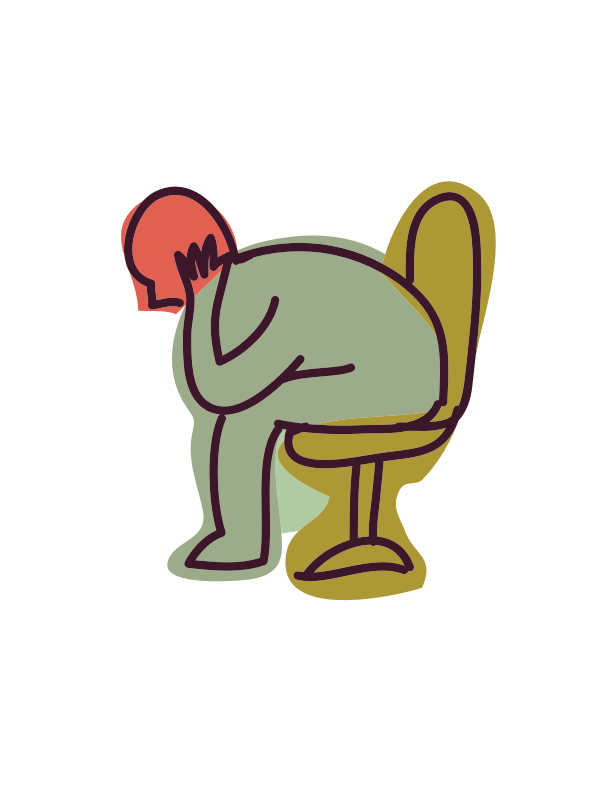 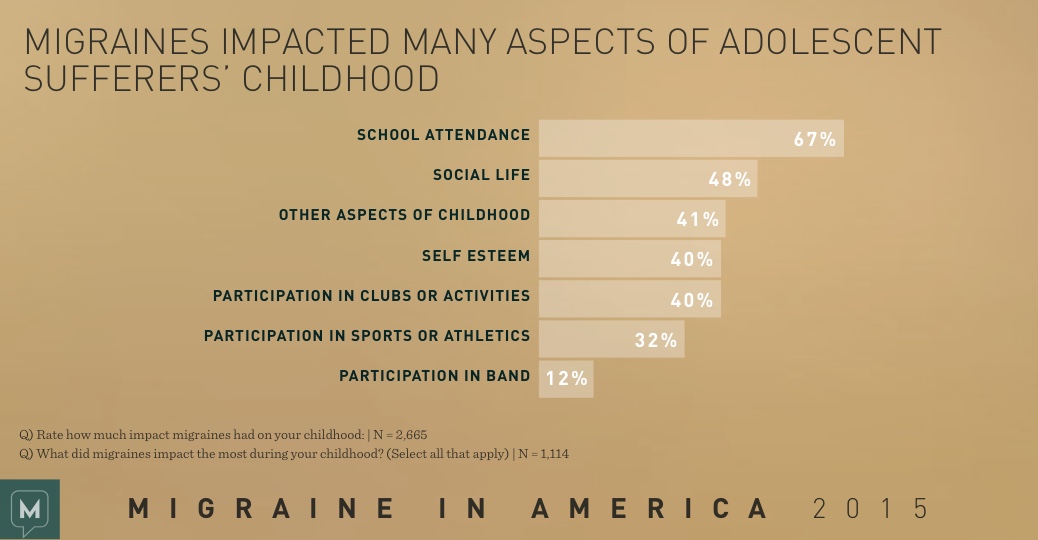 Of the respondents who started experiencing migraines during their childhood, 42% were at least moderately impacted, with school attendance and peer relationships/social life most affected. 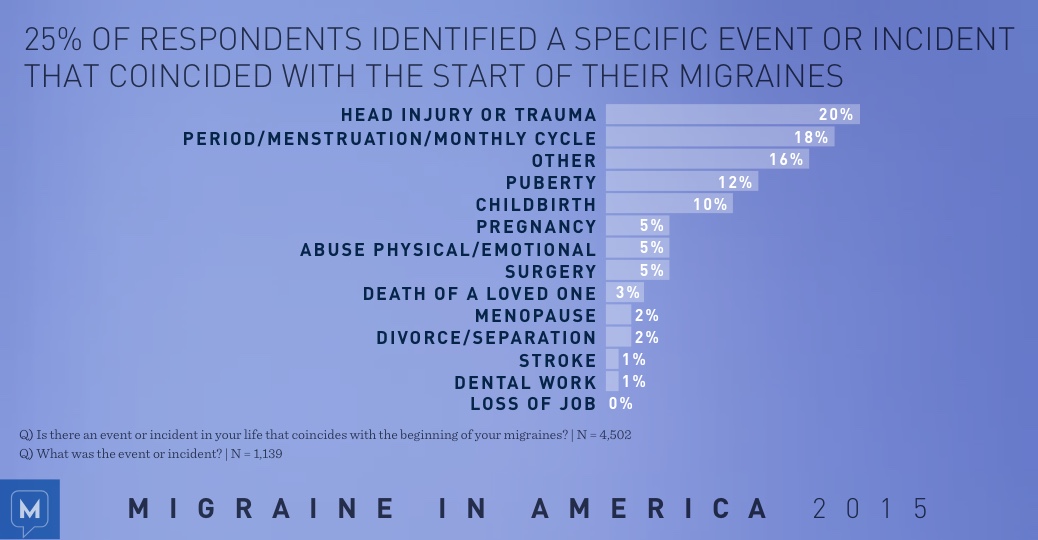 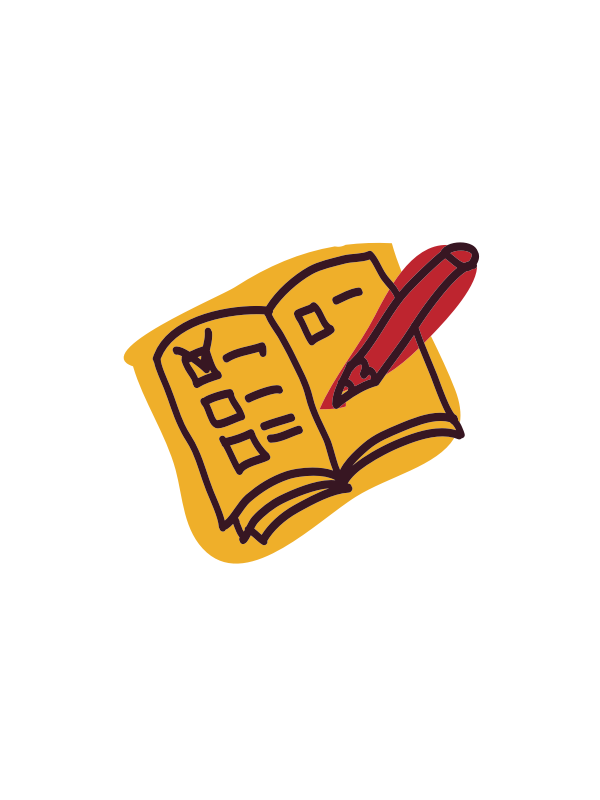 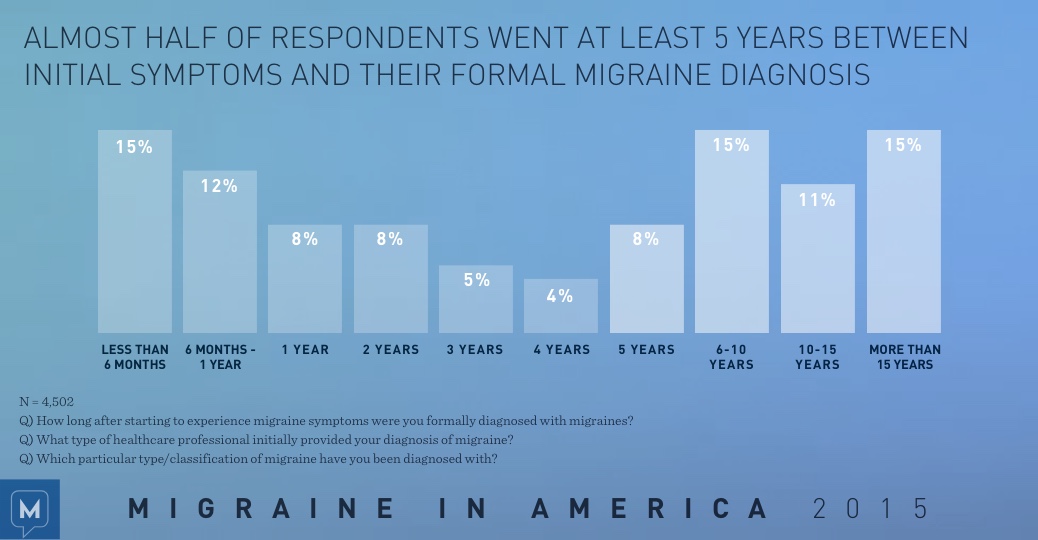 Primary care physicians and neurologists were the health care providers who typically provided respondents with their migraine diagnosis. 65% of respondents were diagnosed with chronic migraine; however many did not receive a more specific diagnosis pertaining to migraine type. You can learn more about various types of migraine here. 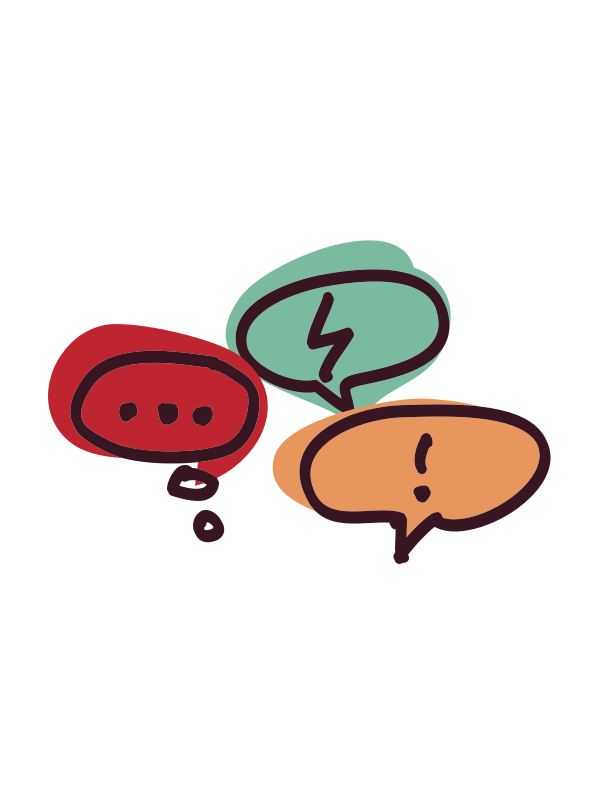 Migraine attack symptoms typically experienced by a majority of respondents included head pain, sensitivity to light and sound, as well as difficulty concentrating and sensitivity to smell. Over half of respondents’ migraine symptoms varied somewhat across attacks, with greater variation seen among those experiencing more attacks each month.

While some symptoms were not experienced by as many respondents as others, the variety of symptoms respondents endure demonstrates the complexity of migraines and their impact to one’s physical and mental health. 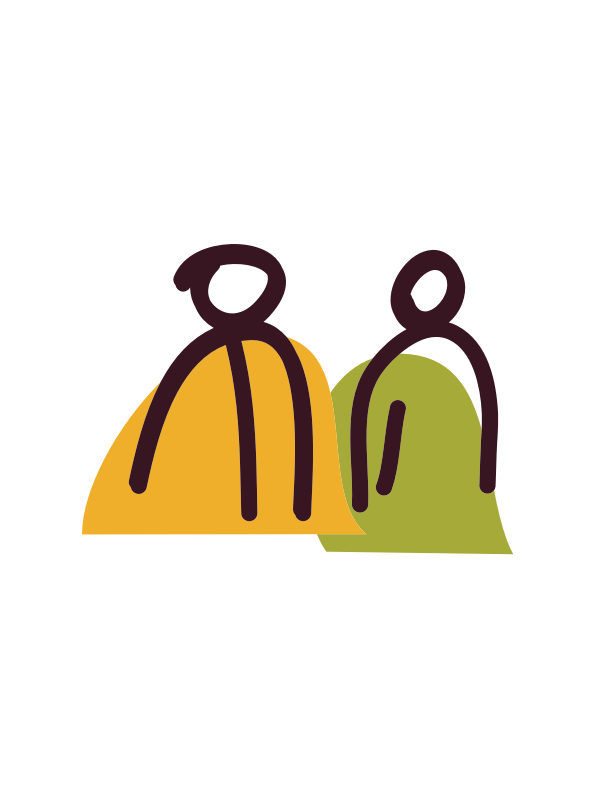 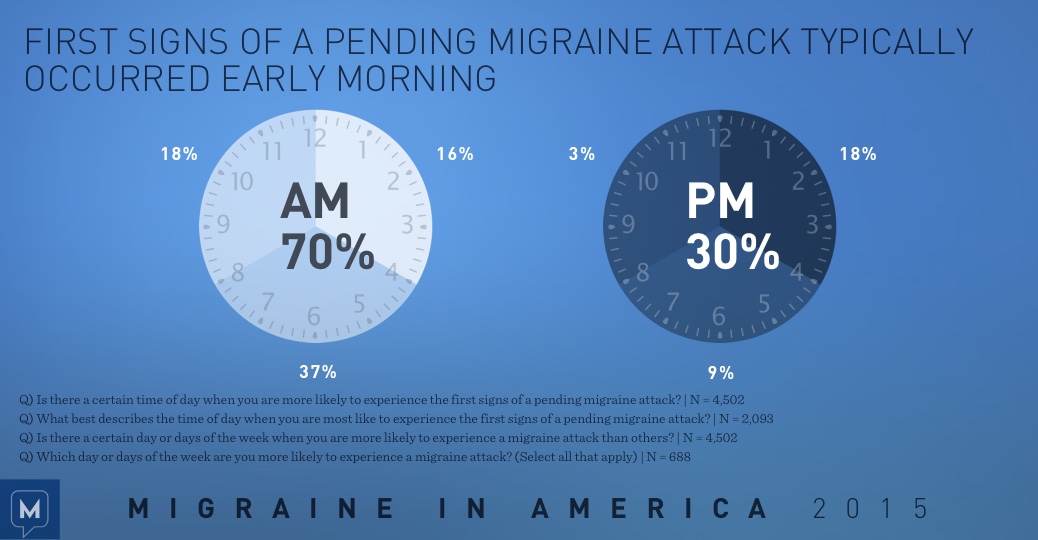 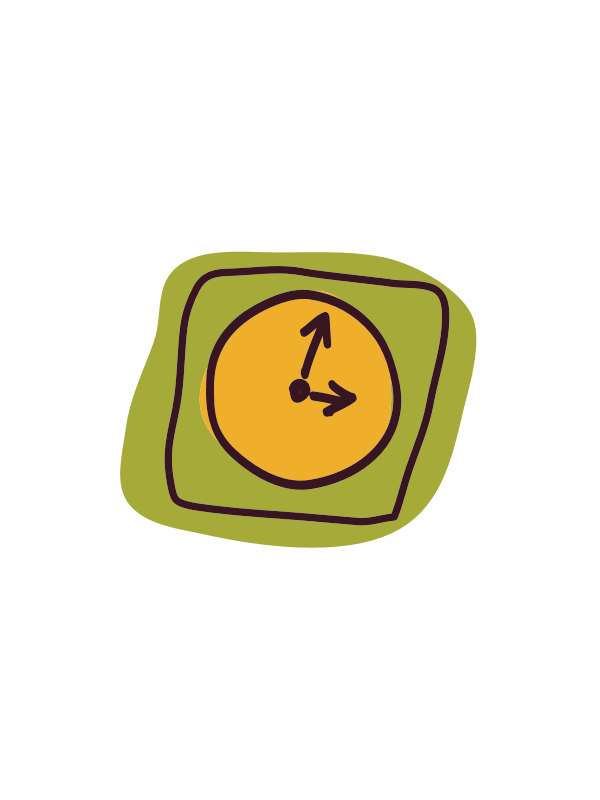 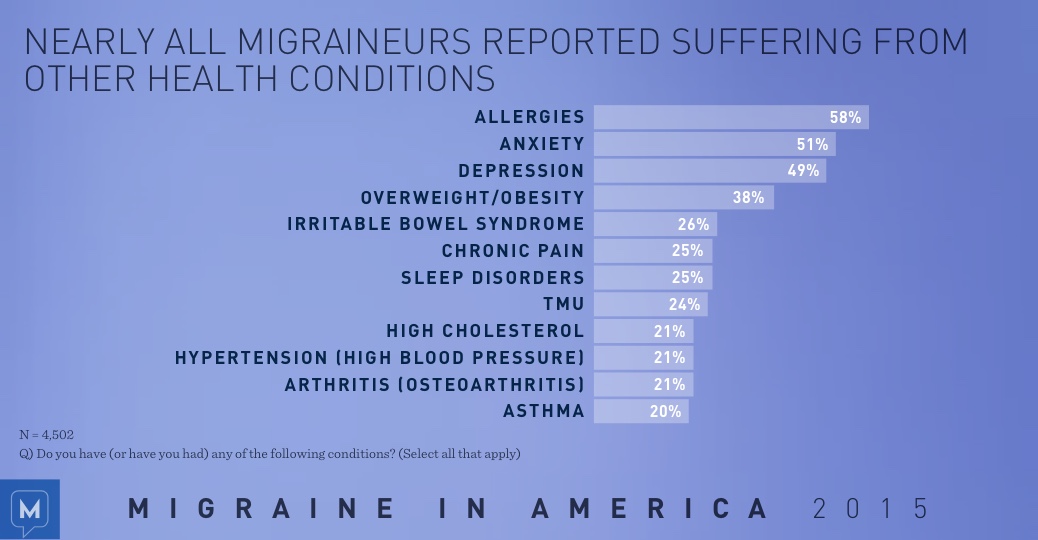 Allergies, anxiety and depression were the leading comorbidities; only 4% of respondents did not have any other health conditions besides migraines. 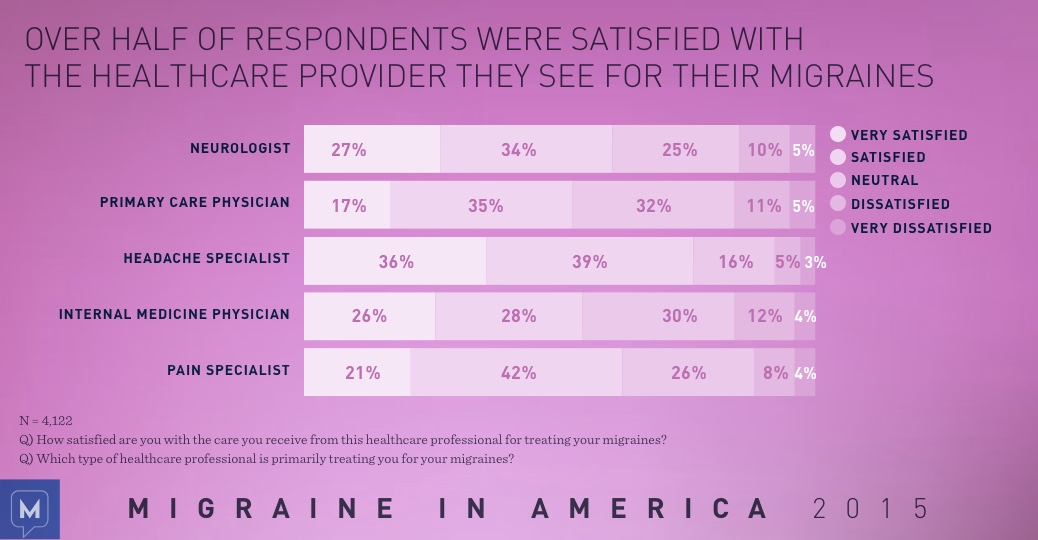 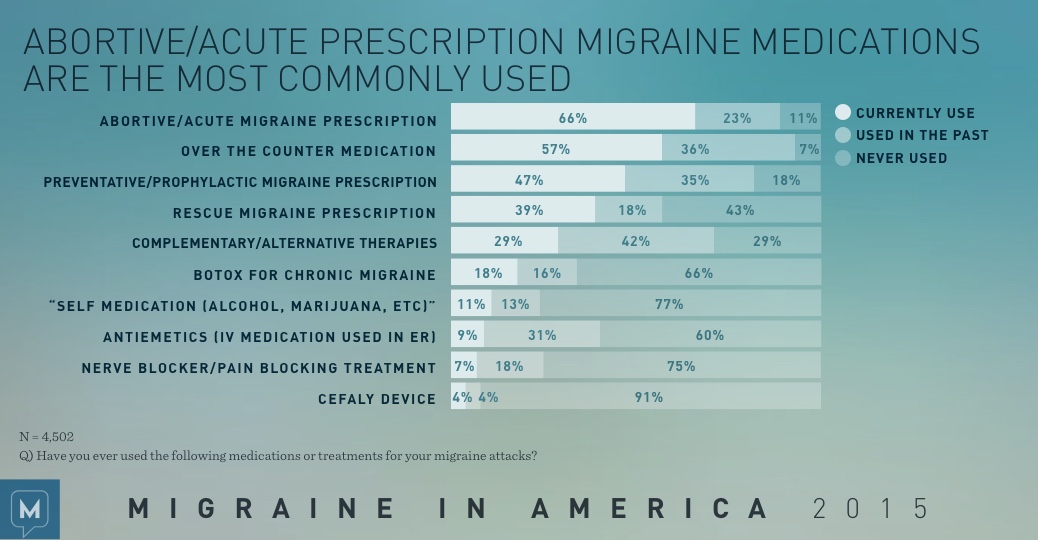 OTC pain medications and preventive migraine medications were also used by about half of survey respondents. 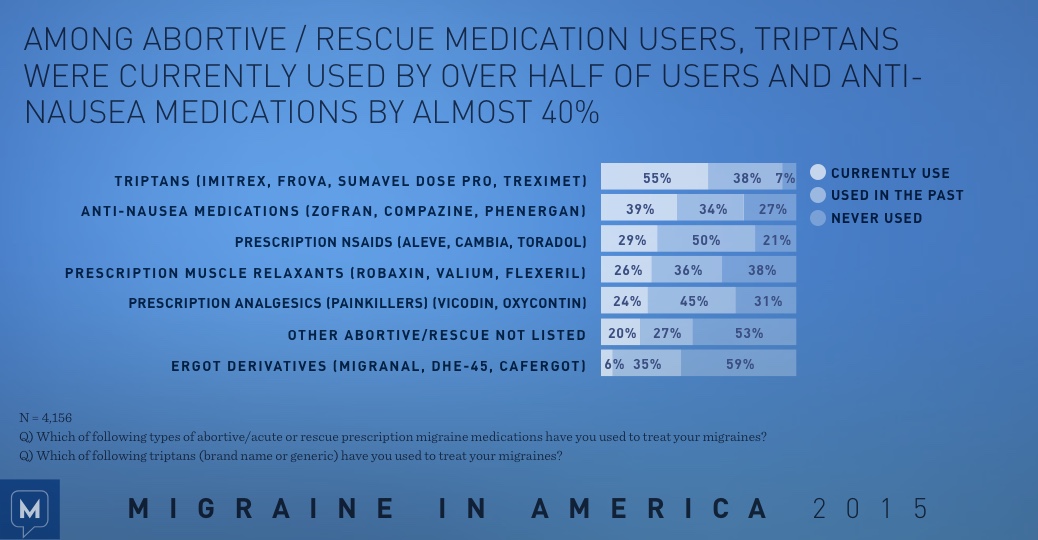 Imitrex had the highest usage rate among the triptan tablet medications surveyed, as well as among the nasal sprays surveyed. Over 2,500 respondents had used a triptan within the past 3 months - primarily tablets; with 25% having used 2 or more forms. 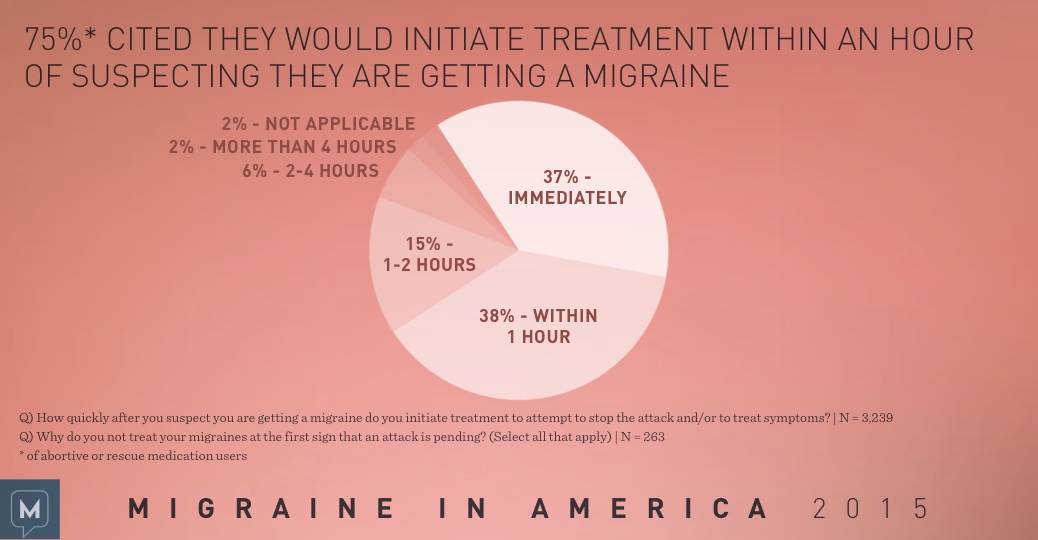 Those who waited more than two hours did so because they did not want to overuse or waste medication. Many also wanted to ensure they were really getting a migraine prior to taking any medication. 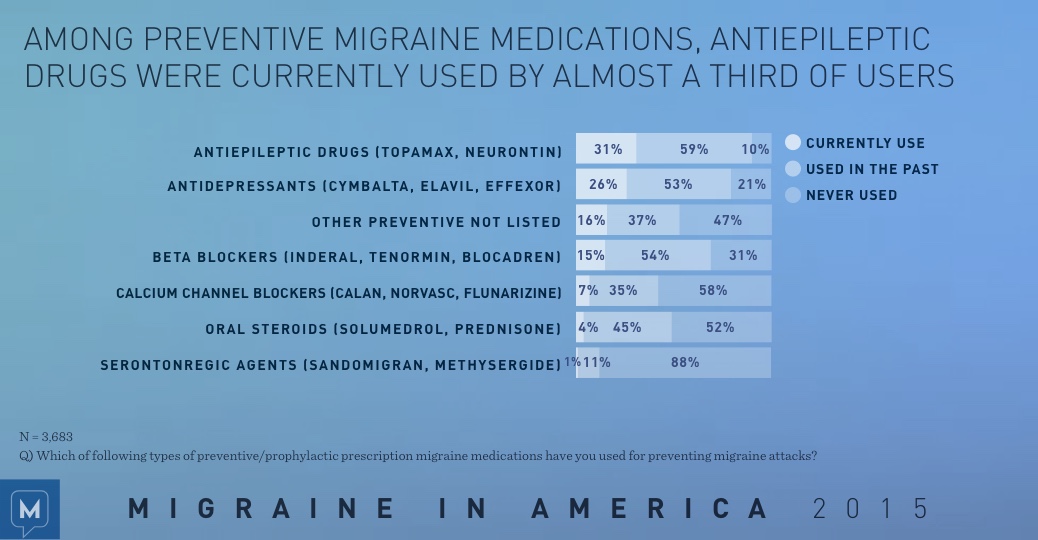 Antiepileptic drugs also have the highest level of satisfaction among preventive users, with over half satisfied. Antidepressants were used by over 1⁄4; however it is important to note that over half of current antidepressant users also suffered from depression and/or anxiety. 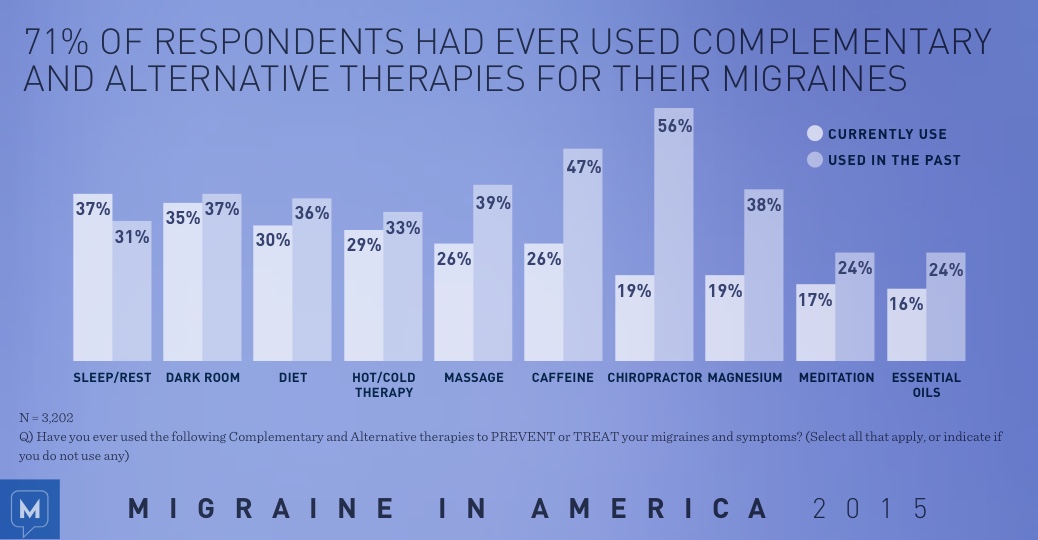 Sleep / rest and dark rooms were the most prevalent, while chiropractic, caffeine use and acupuncture were most discontinued therapies. Dietary supplements (magnesium, riboflavin, butterbur, CoQ10, and feverfew) were the alternative therapies used most frequently. 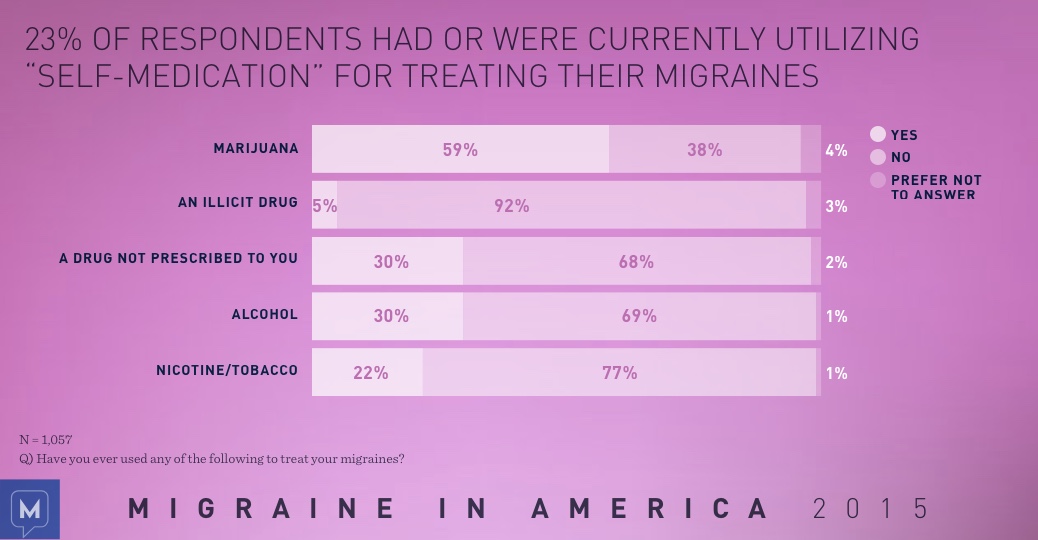 Marijuana was by far the most commonly used form of “self-medication” followed by a drug that was not prescribed and alcohol. 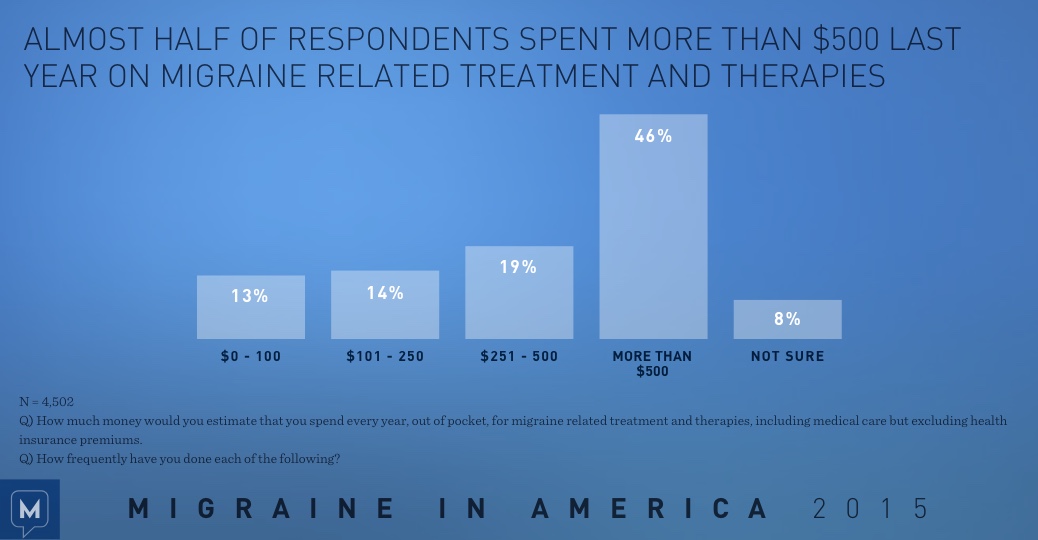 58% of respondents have at some time avoided using a migraine medication because of cost. 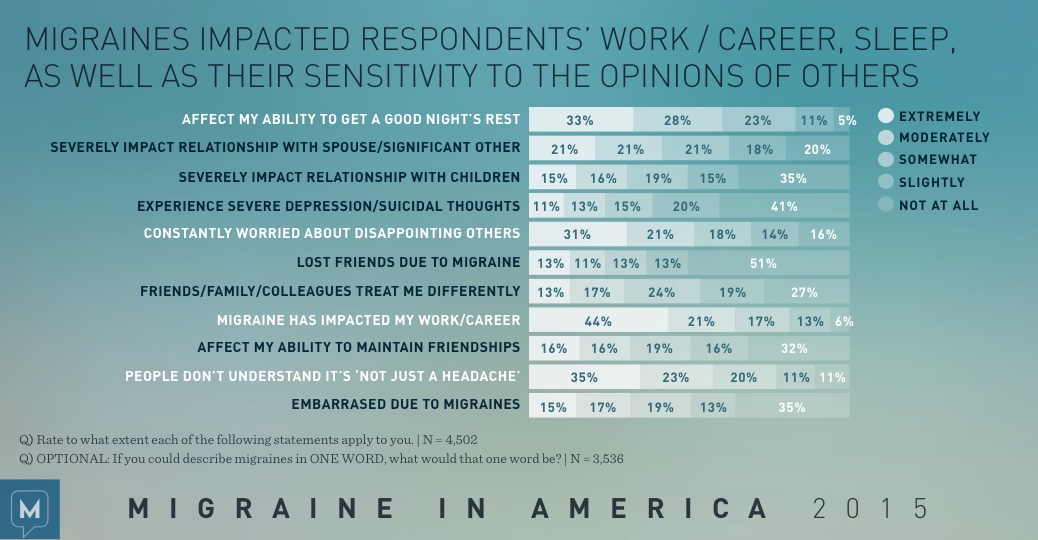 Respondents overwhelmingly described their migraines as “Debilitating,” as well as mentioned the impact of the pain or overall life impact. 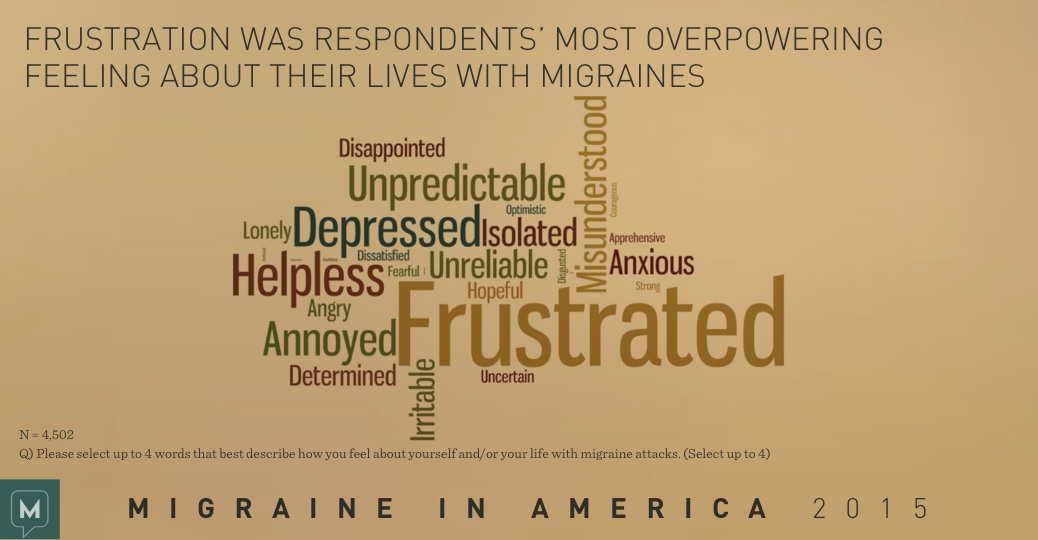