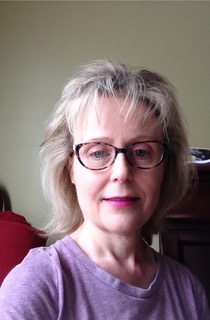 Peggy lives in Nashville, TN. She has a B.S. degree in psychology and sociology. After trying several types of jobs, she found her niche in the field of community banking, assisting clients with complying with laws and regulations. Her migraines started in childhood, but since they didn't look like the migraine attacks children usually have, doctors didn't have any idea she was having migraines. After decades of headaches becoming worse and more disabling, she finally was diagnosed in 2008. Her migraines were chronic by the time she was diagnosed. In 2012 she finally had to resign from her job and focus on her health. She also has a vestibular disorder that wasn't diagnosed until 2014. She found out that she had nerve damage in one ear, which could have been caused by the untreated migraine attacks. The nerve damage caused her to be constantly dizzy, and she takes medication to treat the dizziness.