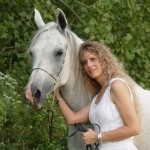 There has been much talk of Complex Migraine, thanks to Serene Branson’s on-air display of aura that resembled a stroke. It’s been mentioned in many posts here on Migraine.com. Here are some examples:

Complex Migraine Is the Verdict For Reporter Serene Branson

Like Serene Branson’s case, aphasia – the inability to use language – can be a part of Migraine with aura. I’m sometimes asked what aphasia feels like. Here is my story of the first time I suffered aphasia:

I was alone, in the middle of the night at my job as an emergency dispatcher. The phone rang and I was able to say “Hello” but after that came one of the biggest surprises of my life… “Sheriff’s Department” came out all wrong. I could understand the person speaking to me, but when I tried to answer them,jibberish was all that came out. I tried a few times to correct myself, but each time nothing made any sense. The person on the other end of the phone laughed at me because they thought I was joking. It seemed like it took several minutes, but it was actually less than 2.

In my mind all I could think of was – this is the sign of a stroke. How am I going to tell someone what is happening? I’m stuck and I don’t know what to do. The person on the end of the phone “played along” and I said “Ummm” and we got through the call.

When the call was over, I sat there, absolutely sure what I SHOULD do, but unwilling to do it. This just wasn’t happening. I knew I needed to call someone to let them know what was going on. If this was a stroke, I was going to need help quickly. But caller ID was fairly new… and who do you call in the middle of the night when you can’t talk?

My heart pounded in my chest. I felt both sides of my face. I looked in the mirror. I moved arms and legs and pinched myself to be sure there was no numbness. Everything seemed okay, except that I couldn’t speak. I tried to parrot what was being said on the TV in my office. I remember thinking it felt like hearing your recorded voice for the first time, but saying something in another language, or backwards. I kept trying to fix it, but nothing worked. It made no sense to me… what was going on?!

I watched the clock. Whatever it was eventually passed, and by the time anyone else came on duty I was back to normal. I had no Migraine or pain of any kind for quite a while, just the inability to speak. My officers noticed I looked spooked that day, but I waved it off and I suppose they blamed unruly prisoners or rude callers for my strange mood. I told no one for about a week.

I knew how lucky I was that I didn’t have an officer with trouble, or that an emergency call hadn’t come in. I had visions of some of the bad things that had happened to my officers in the past, and scenarios darted through my brain like fish in a brook. My dad had been a state trooper and he had been injured in the line of duty, so I fully appreciated how dangerous this really was. This wasn’t just about me. I knew what I’d want his dispatcher to do if something like this happened…

I was still in a state of shock and disbelief.

That first attack only lasted about 15 minutes. I saw my doctor who immediately referred me to a neurologist who took images and shrugged his shoulders, saying it was probably my Migraine attacks that had caused the trouble. It was the first time I heard the word aphasia. I had to write it down to remember it. I had no idea then that Migraine aura could be so devastating.

Truth be told, I was disappointed that it wasn’t a TIA instead. I thought — “there are things I can do to help eliminate TIA’s in the future, but I get Migraines nearly every day and no preventives are helping me. I never know when they’re going to happen — I have no control over what is happening. “

It was a very helpless feeling when my doctor told me he didn’t know what to do to help me. He said, “Luckily it won’t kill you.” I felt trapped in a body that was failing me. I enjoyed my job, but how can I keep doing it, never knowing if I was going to put someone’s life in jeopardy? This Migraine Disease had already taken so much from me. Was it going to take my job and my voice too??!

My doctor suggested I play the watchful-waiting game and see what happened. He explained this could be an isolated incident. I clung to those words. But he was wrong.