My Daughter and the Triptan Pregnancy Registry 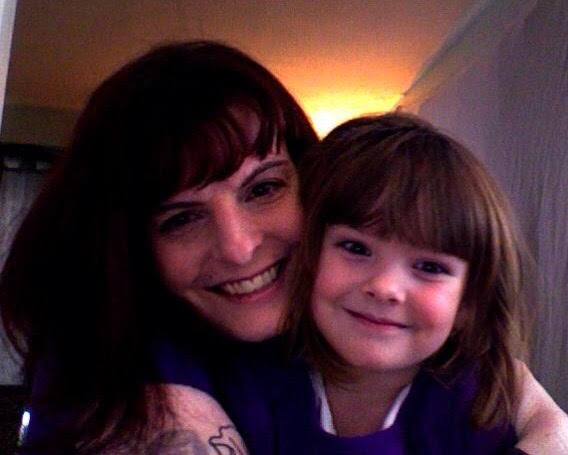 While looking yesterday for Migraine.com articles to link within a piece I recently wrote, I accidentally came upon a story about the Sumatriptan Pregnancy Registry I participated in with Zo, and I eagerly perused the results. 680 pregnant women who were taking sumatriptan were enrolled, resulting in 689 “outcomes” meaning infants, so some of those women had multiples. 528 fetuses were exposed to sumatriptan in the first trimester (including Zo) resulting in 20 with major birth defects, which is 4.2%. The other drugs in the registry were naratriptan and Treximet, but the sample sizes for those were much smaller so no firm conclusions were drawn.

Investigators found no teratogenicity (potential to cause birth defects) associated with use of sumatriptan. Currently, all triptans are labeled Pregnancy Category C. Category C is described as follows: “Animal reproduction studies have shown an adverse effect on the fetus and there are no adequate and well-controlled studies in humans, but potential benefits may warrant use of the drug in pregnant women despite potential risks.” Definitely still nerve-wracking, but worth doing for those with severely painful migraine attacks (as well as for women with other major illnesses); my doctors told me during both pregnancies that my babies were better off with relatively safe medications than experiencing my stress and pain. Without a doubt, however, more studies on triptan medications during pregnancy are needed. For the time being, it seems doctors are most comfortable with pregnant women using the drugs that were tracked in the registry.

My pregnancy with Zo had many layers of complication. I was about to turn 35, making me high risk even without my illness being considered. I hadn't meant to get pregnant; we'd reluctantly decided to indefinitely postpone having a second child, as badly as we wanted one, due to our financial situation and how severely ill I had been throughout my first pregnancy. Based on the charts I kept and temperature taking I did in order to conceive the first time, I considered conception in that instance an impossibility because my period had barely ended. After that date, unfortunately, I used DHE, which is Category X (“Studies in animals or humans have demonstrated fetal abnormalities and/or there is positive evidence of human fetal risk based on adverse reaction data from investigational or marketing experience, and the risks involved in use of the drug in pregnant women clearly outweigh potential benefits”). Specifically, animal studies have revealed evidence of developmental toxicity including decreased fetal body weights and/or skeletal ossification. In fact, ergotamine was used in the past to cause miscarriage.

Thankful for a healthy little fetus

A month and a half later I realized I was two weeks late. Not considering it a possibility but wanting to rule it out, I took a pregnancy test. And then another. And then another. After having it confirmed at my OB's office I tearfully confessed that I had used a Category X medication and had to have testing done to determine if I'd damaged my baby. Everyone including the doctors and nurses were tearful at the result – the fetus was in perfect condition. A few weeks after that, having adjusted to being pregnant, I began bleeding and ran out of the facility where I worked in a panic, convinced I was miscarrying. Once again, relief: the ultrasound at the hospital showed that the little fetus was fully intact and hanging on and just fine.

Staying on Sumatriptan while pregnant

As things progressed, it was decided I could use Sumatriptan to treat my migraine disease, but just like when I was pregnant with X, I was horribly sick all the time. I often had to seek help in the emergency room and was hospitalized frequently, despite being able to use the medication which had always been the most effective. An ultrasound early in the second trimester revealed that I was having another girl (we were thrilled). AND she was breech. AND the placenta was in the wrong location, covering the cervix instead of settled on the side where it should be. This was the placenta previa that resulted in Zo being born by emergency cesarian five weeks early.

Searching for placenta previa cause

Complications before a cesarian

Five and a half weeks before my scheduled cesarian (necessitated by the location of the placenta), I began to bleed. The abruption had begun. I hadn't been careful enough; my OB's warnings were too lightly given and at that time I didn't frequently do my own research or ask detailed enough questions; I trusted what my doctors said and the instructions they gave. What happened that weekend, the fear I endured, knowing I could die and Zo could die, changed me and made me the advocate I am today. Contractions were halted in the ER; I was admitted to the OB floor and confined to strict bed rest for three days. I was not even allowed to sit up, and even so I had another bleed which seemed to seriously scare the nurses and my normally cheerful OB. A fancy ultrasound was done which indicated Zo was taking practice breaths, which meant her lungs were fully developed. They decided it was safer to deliver her than leave her in my unstable, untrustworthy womb, even if I stayed in the hospital flat on my back for the remainder of my pregnancy.

The birth of my miracle girl

On that President's Day, three days after I had been admitted, two doctors painstakingly extracted a tiny, physically weak five pound baby girl from what they had begun referring to as “a ticking time bomb” (me). She wasn't breathing, which I learned later is common for cesarians, but all I knew was that she was deathly quiet, I couldn't see her, and she was whisked away. While the air ambulance attendants were on standby to fly her to a better neo-natal care unit in the nearest city, my miracle girl breathed on her own, down the hall from me, in a standard oxygen hood with John watching. She recovered so quickly and nursed so well that we didn't even need a longer than usual hospital stay.

Now eight, my younger daughter has not lost that determined spirit. Sumatriptan and other meds in utero, dangerous DHE, placenta previa, advanced maternal age along with nearly constant severe pain and vomiting, leading to pre-term birth. The registry results show that 508 babies were born without defects after exposure to sumatriptan. Isobel was one of those. And all of the other pregnant women enrolled in the registry have their migraine stories just like I have mine; made extremely difficult choices just like I did. I feel so fortunate that despite all the scary circumstances, my choices had a tremendously positive outcome. I wouldn't change a thing.

19 comments
This article represents the opinions, thoughts, and experiences of the author; none of this content has been paid for by any advertiser. The Migraine.com team does not recommend or endorse any products or treatments discussed herein. Learn more about how we maintain editorial integrity here.