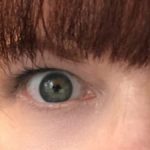 This little article began as a note taking session while I was reading a book by famed neurologist Dr. Oliver Sacks, and has evolved into a study of my own migraine experience. I agree with Dr. Sacks that the brain is “most incredible thing in the universe”, alongside love and maybe coffee. It is incredible to think (irony) that the three pound lump of fat and neurons rattling around inside our heads is the reason why our reality is, well, reality.

The majority of people with migraine are born with a compromised nervous system. Something, somewhere, is not firing on all cylinders at all times. Researchers have now identified more than 20 irregular chromosome segments associated with migraine, so it’s fair to say that most of us inherited our bumbling chemical interactions from a parent.

During most, if not all migraines, the trigeminal nerve that extends its wiry little arms and legs throughout the face and jaw becomes inflamed. And because migraines affect not only nerve cells, but also the adjacent blood vessels and the immune system, chemicals are released from nerve endings that cause the blood vessels to spasm – alternately swelling, constricting and becoming leaky. This vascular hissy fit activates the immune system, causing general inflammation and swelling of the cortex.

If you think reading all of that is exhausting, try living it for a day or three.

Migraine is not specifically a female problem, and it is not always menstrual. However, from the onset of puberty, there are three times as many women as men who experience chronic migraines. It’s not the hormones per se that throw us off, but rapid fluctuations in hormone levels can be a trigger for many migraineurs. I am now far closer to 50 than I would like to admit in public, but research and my own experience has shown that the hormonal fluctuations that precede menopause shifts the balance of symptoms from mind-numbing, throbbing headaches to feelings of facial and ear pressure, imbalance, body aches, cognitive dysfunction, sleep disorder and fatigue.

It hurts, and you’re crazy. #goodtimes

Dr. Sacks began his research decades before the mighty Triptan family rose to power, and describes in detail, the observations of migraine experience from Hippocrates to those wonderful Dutch doctors who developed sumatriptan. Yet however effective triptans are at controlling the duration and pain of a migraine, they do not always treat the cognitive dysfunction that is a significant part of the experience. Here’s where Dr. Sacks anecdotal stories of pre-triptan migraine treatment shed some light on the strange things the brain is capable of doing when neurons are on holiday and have forgotten to leave a forwarding number for the office. Some might assume a migraineur is “just seeking attention” or “needs to toughen up”, when pain is only a minimal part of the problem. The greater challenge is trying to explain to those around you how your brain is interpreting all the sights, sounds and experiences in the world differently from their own.

It has only been within the last 20 years or so that science has even begun to consider studying the “other” elements of migraine. I would hazard to guess that this is in part due to most resources being devoted in the past 70 years to pain management, and the assumption that being a bit dotty is just due to the exertion of dealing with the headache itself. Yet current researchers have admitted that there is less known about the cognitive effects of the total migraine experience than is good for our long term health. Dr. Keith Edwards, the Director of Empire Neurology in Latham, NY admitted during a conference of his peers that, “Cognitive dysfunction with migraine may be an under-recognized disability associated with migraine, especially when considered independently from the headache intensity”.

So I might be perfectly capable of typing on my computer or driving to the store while Amerge has a chokehold on my spasmodic blood vessels, but that doesn’t guarantee the grey matter below won’t react like I’m at a rave in the middle of downtown New Orleans at the height of Mardi Gras. During those moments, with minimal or no actual pain, the world around me is just too much. Sounds are too loud, colors too bright, people are too close and the very air vibrates with a highly annoying buzz.

Be patient, my dear family and friends. Your local migraineurs are not (always) annoyed with you. We are annoyed by the reality our brains are perceiving.

The few horrific months in which I took Toprimate were filled with a bevy of dissociative experiences, including memory gaps and lapses in time. The feeling of being perpetually adrift in a room full of people subsided several weeks after I stopped taking the anticonvulsant, but periodic bouts of unannounced time travel have continued and are becoming more common these days, particularly during my postdrome.

Call it 10 second dissociative amnesia or 3 second transient global amnesia, it’s really spooky to be driving along and suddenly realize that you’ve lost about 100 yards of asphalt. And how did that stop sign pop up so quickly? It was a mile away just…a second ago.

Here is where Dr. Google’s research becomes spotty. These brief episodes of lost time, frightening as they are, do not occur consistently enough for long term study. I now try to keep a good distance between myself and the car in front – just in case.

Those of you who experience migraine or are close to someone who does, please feel free to weigh in with your thoughts and opinions. We only discover better cures when we better understand a disease.