My husband and I make quite the pair. We both had a difficult upbringing, robbed of our childhoods. We both are very funny people with the same sense of humor. Even though we are four years apart in age (he's older), we grew up watching the same shows (for the most part, I was censored and couldn't watch "violent" things like Power Rangers).

Another thing we have in common, we both suffer from migraines. For my husband, it's due to a traumatic injury that happened to him in the womb.

He has suffered all his 39 years with migraines and I can't even imagine what that must have been like. Many times he missed school due to migraines and, now, often misses out on work. Especially with his current job in a food production plant. It's super loud in there even though they have protective hearing earmuff thing-ys. They don't cancel out all sound, especially the hums.

Our triggers and treatment

My hubby and I are both sensitive to weather changes and will get a migraine if there is a dramatic change in temperature in a 24-hour period. My hubby is also the same as I, nothing really helps his migraines except medical marijuana (legal here in Canada), and even then, for him, not as much.

I am glad I am not alone in this misery. I just thought of a Jack Johnson song "Better Together." Our song is "Lost Together'" by Blue Rodeo. My hubby may not be able to relate to all the various pains and symptoms I have due to my various diseases but at least he can relate perfectly to migraines. 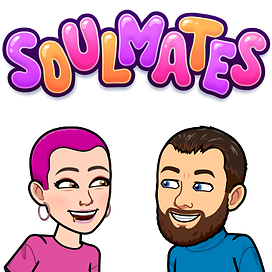 The Subjectivity and Relativity of Pain

5 Easy Ways to Stimulate the Vagus Nerve for Migraine

1 comments
This article represents the opinions, thoughts, and experiences of the author; none of this content has been paid for by any advertiser. The Migraine.com team does not recommend or endorse any products or treatments discussed herein. Learn more about how we maintain editorial integrity here.