Ask any person who deals with pain how they feel about the 0-10 pain scale commonly used in doctor’s offices and hospitals, and you will likely get a very colorful answer.

And it is also likely that each person you talk to will give a much different answer about how they themselves use the pain scale.

Certainly, pain is subjective. And giving a number to your pain, particularly while IN pain and therefore have cloudy thinking, can feel impossible.

Add to that the worry that you are being judged, especially in an ER or urgent care setting, and that based on your answer you may or may not get the relief you need.

The pain scale is mired in confusion and indecision. It’s no wonder that the chronic pain community has made many of their own (both joking and useful) pain scales and hilarious memes based on this conundrum.

On a recent drive to the clinic for my CGRP treatment, John and I had a discussion about how what might be a 4 at home in bed with meds available becomes an 8 when you are stuck in a car far from home without medication. Many factors can contribute to basic pain making it harder to deal with, and therefore higher on the pain scale.

My friend Selena Marie Wilson, a poet, artist, and administrator for the Facebook support group “BrainWreck Rebels” is now in a constant state of migraine. She told me “I really don’t like the standard pain scale because it simplifies too much.

As a starting point, it’s not bad, but too many doctors don’t go into any more depth, such as asking a patient to rank the pain plus the intensity of other symptoms to reach a more accurate idea… mentally, I use a 1-20 scale.” She went on to explain how much extenuating factors and additional symptoms contribute to her pain. “I do think my personal pain scale has changed since becoming daily chronic, because all the new symptoms taught me just how much things you normally wouldn’t think contribute to pain actually do.”

On the other hand, my spoonie friend Julie, who is struggling with migraines as well as a multitude of other kidney-related and auto-immune ailments including POTS, told me in no uncertain terms (expletives removed):

I hate the pain scale. It should be used only for people with a sore back or broken arm, not for people with chronic illness. I never EVER say 10 when I go into the ER… if I go with chest pain, migraine, ovarian pain, even if I am bawling, hunched over, it’s always a 7. I was told once in a hospital that if you say 10 and aren’t there with a broken bone they won’t take you seriously. Today in the ER? I couldn’t move my arm, I was dizzy, and my BP was sky-high but you know what? 7. If it’s lower they’ll ask why I’m there, higher they’ll tell me most people with that number are in tears or can’t talk. When I miscarried? 7. When I can’t see out of one eye and my BP is 180/130? 7. My 10 is their 20. My 7 is their 15. It’s an arbitrary number.

At 4, I have to treat. I will often lie down at that point, usually temporarily.

At 6 I try to medicate heavily and go all the way to sleep, maybe still only temporarily.

At 7-8 I get into all day bed and rescue medication territory (for me, this means Sumatriptan injection and Phenergan suppository).

At 9, I am crying, and need assistance, usually john tapping on my head, and I can’t lie still but need to rock or constantly shift my head and neck to new positions.

Vomiting can come at this time, or sometimes only after days of pain varying from 4 to 10. 10, for me, is not “the worst pain imaginable” in the whole world for any person, like those who are shot in the stomach or have a limb amputated without anesthesia or are giving birth to twins in the woods. It is the worst pain imaginable FOR ME.

The worst migraine (and pain, total, which includes childbirth and pancreatitis) was in May of 2014. I went into the ER screaming and insensible. This was my “cluster-style” migraine and I was put on oxygen. I had to pace, bang my head, rock back and forth. There was no being still. This is my 10.

I will never say “10” again until I am at that point. I came very close last month, when I told the nurse, “I am approaching my 10” but even though I’d vomited repeatedly (which I only do at 8 to 10) and lost control of my bladder, I still didn’t quite get there.

When I go into the ER, I usually say 8. It has kind of become my fallback the way Julie’s is 7. Twice in the last 6 months I’ve had ER nurses say to me, “And your pain is at a 10?” I was surprised at that assumption and wasn’t sure either time whether they just figured (cynically?) I would say 10, or whether my demeanor, blood pressure, and heart rate made them think 10. Both times I said “Um no, actually… I’m at an 8.”

Sometimes at the ER I’m as low as 6, but have been in fluctuating severe pain for as long as a week with no reprieve, so I still say 8, which I think goes along with Selena’s additional symptoms and circumstances.

And, I think of those who have posted in support groups about being at a 10 but heading out to the store, or being at a 10 and still taking care of their kids. I think about people who have never handled much pain at all passing a kidney stone, and what their version of “8” is compared to mine.

And I think about how much of a baby I can be about other pain I’ve had, like the pain in my hand recently from a twisted nerve, or the back pain from my NSAIDS-induced ulcer before it was diagnosed and treated. I have a high pain tolerance, I think, but maybe just regarding head pain; yet, I can lie still for hours and have very sensitive areas like my upper chest tattooed which caused my artist friend (who does the tattooing) to tell me that I am “one tough chick.”

Maybe our doctors know our predicament

What are your thoughts on, and experiences with, the numerical pain scale? Feel free to let us know in the comments! 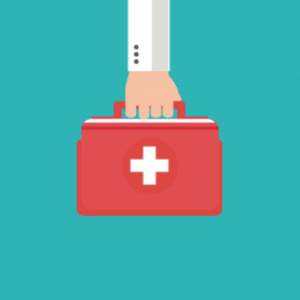 Migraine in the ER: Treatment Guidelines From the American Headache Society 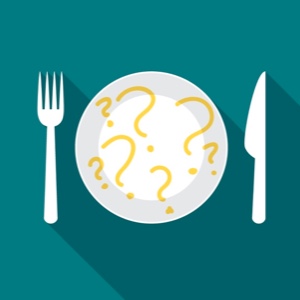 Migraine Meals: What I Eat When I Feel Like I Can’t Eat 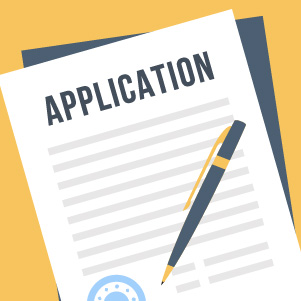 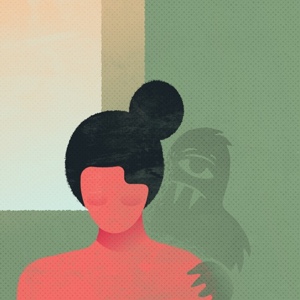