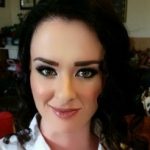 Photophobia is a symptom many individuals deal with as part of their migraine. Personally my own photophobia is pretty bad. There are a number of ways people with chronic migraine can deal with photophobia. Although those of us with chronic migraine are not the only ones who are faced with the challenge of photophobia; there are other conditions as well that cause photophobia. Some people use dark sunglasses, or the sunglasses specifically made for light sensitivity such as TheraSpecs. Many people create some version of a migraine cave to avoid light altogether during a migraine. A lot of individuals also use hats with wide brims in combination with sunglasses to help reflect as much light as possible. Each person suffering from this affliction will find their own creative way to block out or deal with the light.

I have mentioned in a previous article The Migraine Cave that my husband bought insulation panels that he cut to fit inside the window frames to block out light for almost the entire house! It was amazing and helped tremendously. However, this was not his first attempt at trying to make our home more light sensitive friendly for me. It was quite some time before he discovered the insulation panels he used for all of our windows. His first attempt was creating a cave of my own in our bedroom. In his first attempt, my husband made his own version of blackout curtains for our bedroom. He used a thick solid black material on the outside, a white piece of thermal material facing outside the window along with one of those foil emergency blankets you can buy for camping or in the outdoors department of most stores. The foil blanket on the inside of the other two layers of material served two purposes; it would guarantee that absolutely zero light comes through the window and provided the extra bonus of blocking out the majority of the thermal heat generated by direct sunlight or the temperature outside. It was much later when it became necessary to consider extending my cave beyond the bedroom, so that it would not feel so much like a prison cell being trapped in one room and I could maintain our household while he was abroad.

Sunglasses… wins and the fails

I have tried a ton of different sunglasses over the years to try and cope with my own light sensitivity. I have tried mid tint and dark tint sunglasses along with many variations of tint with polarized lenses. For the longest time I used the outdoor TheraSpecs inside while I was at work. As wonderful as these glasses are I do understand that for some individual’s the price becomes a factor in being able to obtain them or similar competitor brands that have sprung up since the release of TheraSpecs. My husband found a website for safety glasses and picked me up a pair of shade 5 torch cutting glasses that were inexpensive and for the general purpose of walking around outside or doing things within the house they were fantastic. I could walk outside midday with no cloud cover and not even have to squint my eyes. While that sounds like a win, we quickly discovered a major flaw with using a cutting lens style glasses for sunglasses. Cutting lenses are green in color. What that means is that it cancels out some colors, such as red, which becomes a safety issue when driving. While I was able to see traffic and read speed limit signs just fine. On the other hand the lenses cancelled out the coloring of letters on the Amber alert signs posted all over most major highways. The sign could be covered with text but through the glasses the sign was blank. The other more dangerous thing the lenses cancelled out was red light; meaning not only traffic lights but also automotive brake lights as well. That being the case, as much as I enjoyed how dark the glasses were, I absolutely do not suggest using them in a vehicle unless you are a passenger and not the driver.

A side note on light sensitivity

If your photophobia is not only associated with a migraine, talk to your eye doctor about it. There are other medical conditions as well as side effects from medications that can cause photophobia. If you are unsure about it being related solely to your migraine or not, it does not hurt to ask your doctors about it to be sure nothing else is going on.

Have you ever tried any remedies for your photophobia if you suffer from it too? Have you found anything different that has helped you?