Abdominal migraine typically occurs in infants, toddlers, children and teens. Abdominal migraine usually happen in young people who will later experience migraine as adults. However, severe abdominal pain can occur with migraine attacks in adults as well. Sometimes they are called stomach migraine or migraine of the stomach.

Facts about abdominal migraine in children 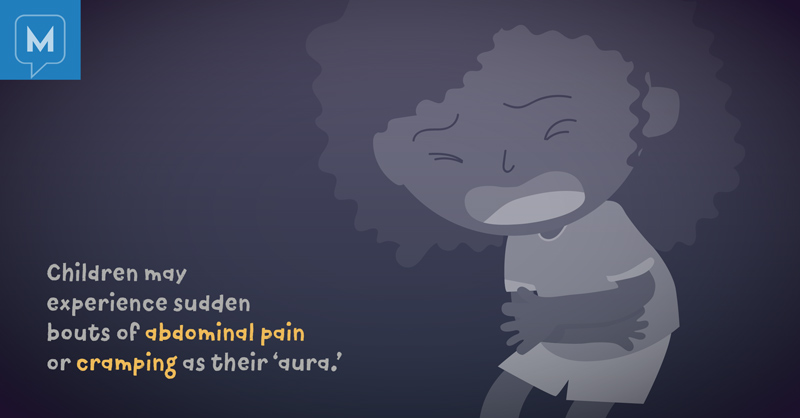 In the 2018 In America survey, 2,458 out of 4,356 respondents started to experience migraine symptoms prior to age 18. Over 7 in 10 of childhood migraine sufferers did not receive effective migraine medication during that time, as well as missing out on events and being viewed as faking their condition.

Abdominal migraine isn’t often diagnosed in adults. Therefore, when adult men and women experience the symptoms other syndromes or disorders are considered first, such as irritable bowel syndrome, reflux or lactose intolerance. As with other types of migraine, doctors typically rule out other disorders before diagnosing migraine. Sometimes it takes years for to correctly diagnose abdominal migraine in adults.

The International Headache Society defines abdominal migraine as having the following characteristics:

A. At least five attacks that have the criteria, B through D
B. Pain has at least 2 of the following 3 characteristics:

C. During the abdominal pain at least two of the following:

D. Attacks last 2-72 hours when untreated or unsuccessfully treated
E. Complete freedom from symptoms between attacks
F. Not caused by another disorder

As with all types of migraine, it is important to keep a migraine journal to record the how often symptoms occur, how long they last and to discover your own triggers.