Migraine: Then and Now

The first Migraine In America survey was conducted in 2012. Looking back at those results compared to those from 2018, we found a lot of similarities as well as some differences. While we cannot confirm that any of the survey participants were the same in 2012 and 2018, the number of participants has nearly doubled in 6 years. When we look at the results from both of these time periods, it is notable that 93% of survey participants were female in both years. The average age of participants in 2018 is 48 years old which is slightly older than the group from 2012.

Our 10th annual Migraine In America survey is now open. Take the survey to help us paint a clear picture that while an attack might be over, the disease never really ends. 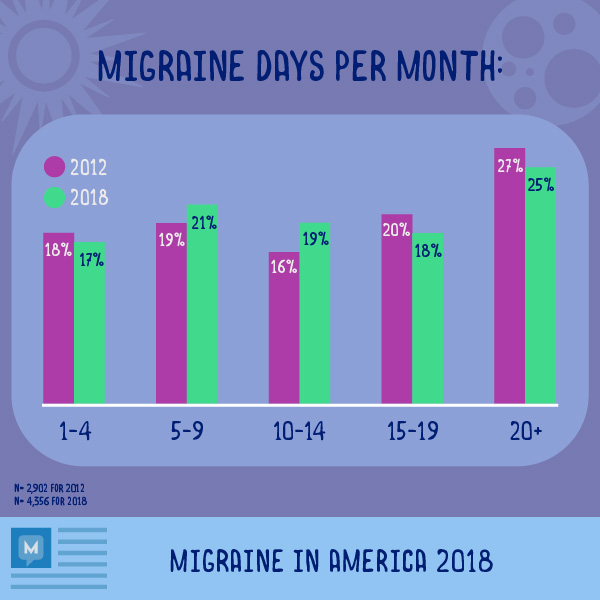 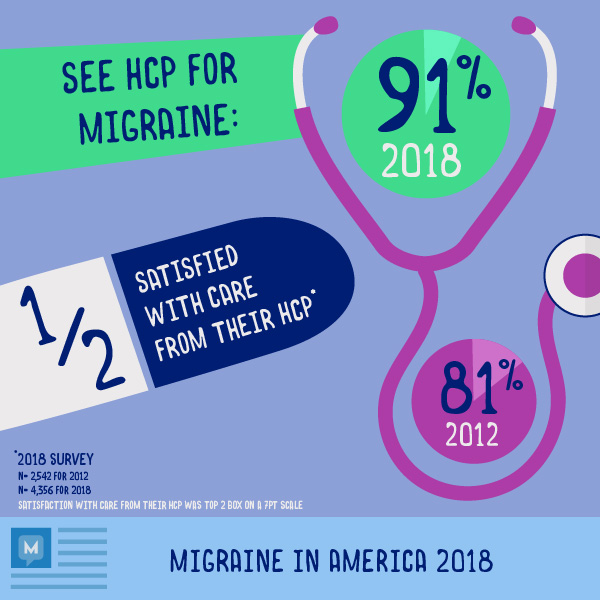 In 2018, head pain, sensitivity to light and sound, difficulty concentrating, and brain fog were the top five reported migraine symptoms. In 2012, instead of brain fog, nausea and vomiting made it to the top five. This makes us wonder if more people are simply more aware that brain fog can be a migraine symptom today compared to 2012. 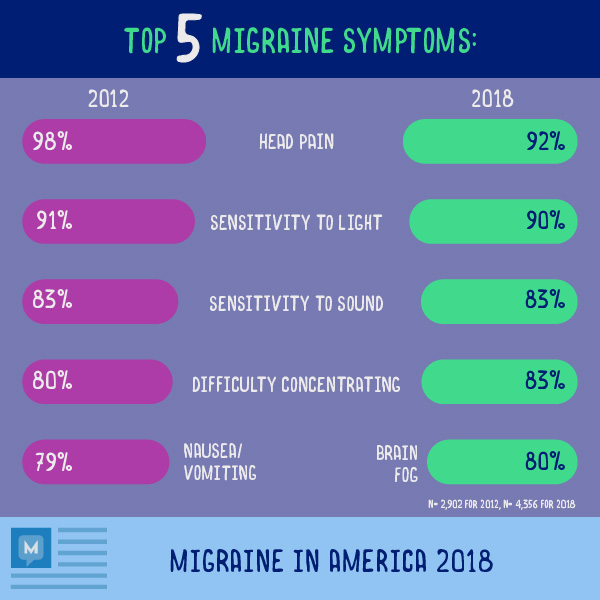 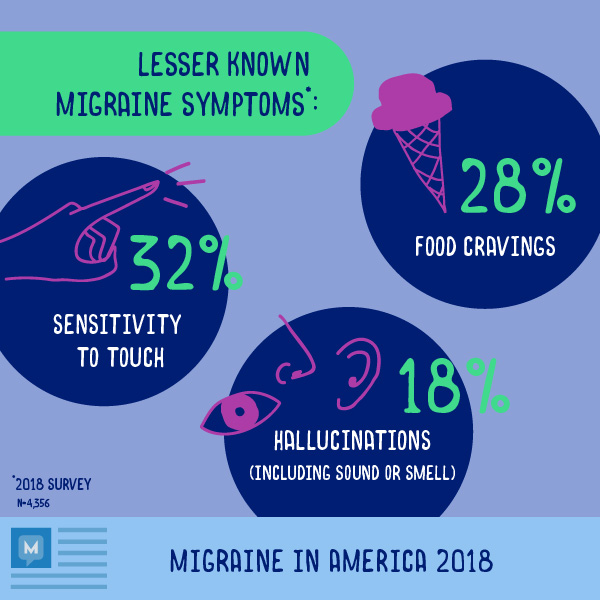 When comparing the two time periods, we see fewer survey participants who reported a mental health impact in 2018 compared to those who reported a mental health impact in 2012. Despite this decrease, it is important to note that anxiety or panic disorders and mood disorders such as depression are still impactful health conditions for those with migraine. Other health conditions that top the list both today and 6 years ago include chronic pain, IBS, chronic fatigue, and fibromyalgia. 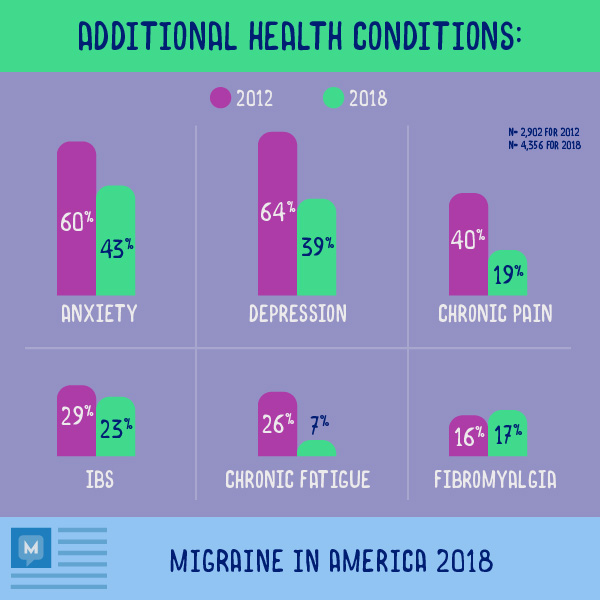 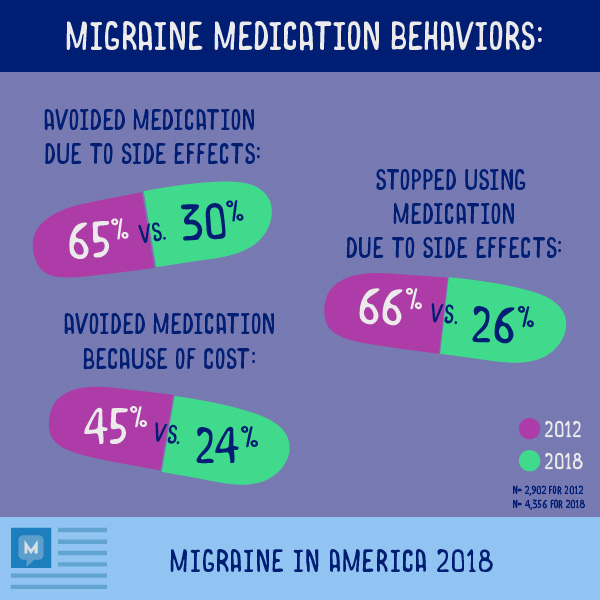 This year, we also asked which resources patients used to make their treatment decisions. Forty-one percent of survey respondents reported going online to read other patients’ opinions of a medication and 31% reported visiting a prescription medication’s website. This shows the increasing importance of online resources for people living with chronic health conditions. 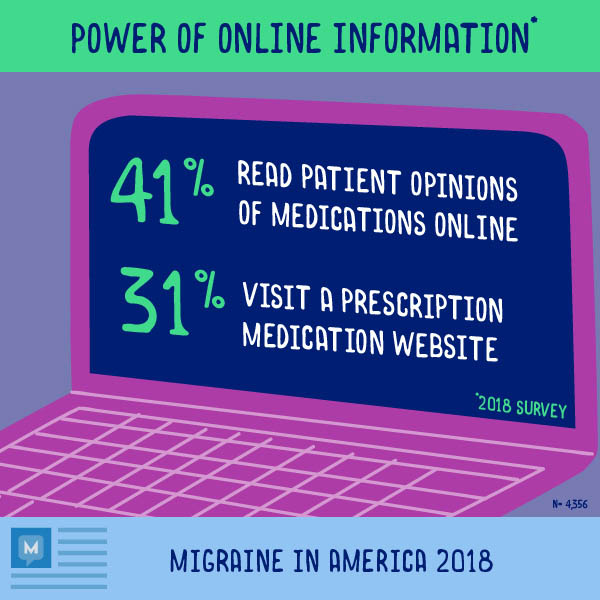 The Migraine In America 2018 survey was conducted online from March through May 2018.

The Hidden Cost of Migraine

Have you taken our Migraine In America Survey yet?