I turn 35 in September and since 2009, I have had a constant headache. I literally mean constant, the longest I have gone without a headache is 10 seconds. As a result, I get migraines ridiculously easily.

It all started a week after my appendix was removed. I was at work and I could feel a headache building in intensity. I had never had a migraine before this point. Within 12 minutes or so, I was rushing off to the bathroom because I was about to vomit from the pain of the migraine that suddenly hit.

...and turned into migraine

This went on for a couple of months, I would get a headache that would quickly turn into a migraine and if I didn't go to sleep as soon as the headache was increasing, I would be hit with a horrible migraine that made me vomit from the pain.

My experience with the E.R.

I have suffered from dehydration issues since birth and so when I started getting a migraine daily, I wasn't getting enough liquids in compared to how much was coming out. I started going to the E.R to deal with the pain and the dehydration.

Back then, they gave me Dilaudid (hydromorphone) and an IV. Anything less than that for pain relief didn't work or gave me nasty side effects. They stopped giving people Dilaudid in the E.R a year or two later because of the seriousness of the medication.

I was prescribed a migraine medication that had the side effect of headaches, which I thought was pretty ridiculous. There was a warning that it will cause light sensitivity while taking the medication so it said to protect your eyes. What I didn't know was that for me, the light sensitivity it caused was going to be a lifelong companion.

No clear diagnosis and no medication

I think it was about 9 or 10 months after the first migraine hit that I developed a constant headache. A CT and MRI showed nothing wrong and that is all they have done for tests.

I've had to live like this, unmedicated, and doctors just seem to be content with that. I am super blessed I started to use medical marijuana, (legal where I live in Canada). I wrote about how my multiple diseases were making life a challenge and what it was like after medical marijuana here: https://restlesslegssyndrome.sleep-disorders.net/living/medical-marjiuana. Without it, I would be dead right now.

I live with multiple diseases (Endometriosis, IBS, Fibromyalgia, RLS & Obstructive Sleep Apnea) and am always in constant pain. No pharma pills have been able to help me with the pains and various symptoms that accompany the diseases, like constant nausea.

I'm going to stop here because my headache has gone from a 2 to a 4 and I need to medicate. I'm sure you all can understand. 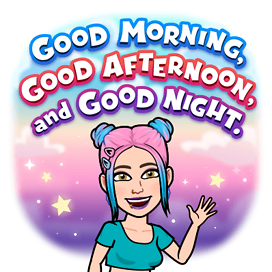 Does Pooping Give You Headache or Migraine Relief?

Spoons, and How to Start a Good Conversation

25 comments
This article represents the opinions, thoughts, and experiences of the author; none of this content has been paid for by any advertiser. The Migraine.com team does not recommend or endorse any products or treatments discussed herein. Learn more about how we maintain editorial integrity here.